EDMONTON and VANCOUVER, Sept. 10, 2018 /CNW/ – Aurora Cannabis Inc. (Aurora or the Company) (TSX: ACB) (OTCQB: ACBFF) (Frankfurt: 21P; WKN: A1C4WM) and ICC Labs Inc. (TSX-V: ICC) (ICC) announced today that the companies have entered into a definitive arrangement agreement  pursuant to which Aurora intends to acquire all of the issued and outstanding common shares of ICC (the ICC Shares) for $1.95 per share (payable in common shares of Aurora (the Aurora Shares) (the Share Consideration), reflecting an aggregate purchase price of approximately $290 million (the Transaction). The Transaction has been unanimously approved by the Board of Directors of each ICC and Aurora.

Led by CEO Alejandro Antalich, a widely-recognized leader in the South American cannabis market with over 25 years of experience in the pharmaceutical sector, the acquisition of ICC will establish Aurora as the industry leader in South America, a continent with over 420 million people. ICC presently has over 70% market share in Uruguay, the first country in the world to legalize cannabis for adult consumer use. In addition, ICC holds licenses in Colombia for the production of medical cannabis.

ICC brings Aurora, among other strategic synergies, the following:

In addition to the benefits described above, related to the combined entity, ICC shareholders will receive the following additional benefits:

ICC is an ideal partner for Aurora to establish leadership in the South American cannabis market, delivering clear first mover advantage on a continent with over 420 million people. 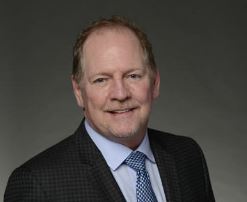 ICC and its management team have shown exceptional vision and execution across production, expansion, distribution and product development. The company has a very strong management team with deep connections throughout the continent, which we believe will facilitate successful expansion into all South American markets.

Neil Belot, Chief Global Business Development Officer, added “ICC, as the first company globally to be federally legalized for the sale of cannabis for adult consumer use, is a trailblazer in, and has set the example for the responsible production and distribution to this exciting market. The ICC/Aurora combination is the trusted partner for governments and other stakeholders to develop opportunities in emerging South American cannabis markets. We are extremely excited to be working with Alejandro and the team at ICC, and look forward to jointly pursuing a wide variety of opportunities in the adult consumer use, medical and CBD wellness markets.”

Alejandro Antalich, CEO of ICC added, “ICC was the first company in the world to receive a cannabis production license for adult consumer use, making Uruguay the first country globally in the modern era to legalize cannabis. This has provided us with significant early mover advantage. Combining with Aurora, its industry-leading plant, medical and product development science teams, broad international reach, and strong brands, positions us well to extend our leadership in the South American cannabis markets and the emerging global cannabis industry. The complementary nature of the two organizations and the shared philosophies made this an ideal match for us to realize our ambitious growth plans. This is a value-maximizing transaction that provides our shareholders with a significant premium and an exciting opportunity to participate in the upside of Aurora, one of the largest and fastest growing cannabis companies in the world. With multiple initiatives, such as our expanding international operations and our state-of-the-art science lab near to completion, it is time for ICC to move to the next level, and we believe that Aurora is an ideal partner to achieve this with.”

The Transaction will be effected by way of a plan of arrangement under the Business Corporations Act (British Columbia) (the Arrangement). Under the terms of the Transaction, each shareholder of ICC (ICC Shareholder) will receive $1.95 per ICC Share, payable in Aurora Shares valued at the volume-weighted average trading price of Aurora Shares on the TSX during the 20 trading day period ending the second to last trading day on the TSX immediately prior to the Effective Date (as defined in the Arrangement Agreement), being the date the Transaction is completed (the Aurora Share Price).

Union Group International Holdings Limited (Union Group) has entered into a support agreement with Aurora to, among other things, vote the ICC Shares owned by it in favour of the Transaction and to otherwise support its completion, subject to the terms and conditions of such support agreement.  Union Group holds approximately 29% of the issued and outstanding ICC Shares.  All of the directors and senior officers of ICC (who hold in the aggregate approximately 0.4% of the issued and outstanding ICC Shares on a non-diluted basis) have entered into similar support agreements with Aurora pursuant to which they have agreed, among other things, to support the Transaction and vote their ICC Shares in favour of the Transaction.

The Board of Directors of ICC (the ICC Board) unanimously recommends that ICC Shareholders vote in favour of the resolution to approve the Arrangement, which will be the subject of the ICC Special Meeting expected to be held in the fourth quarter of 2018. The recommendation of the ICC Board is supported by a fairness opinion from each of Canaccord Genuity Corp. and INFOR Financial Inc. to the effect that, as of the date of each opinion, and subject to the assumptions, limitations and qualifications on which each such opinion is based, the consideration to be received by ICC Shareholders pursuant to the Transaction is fair, from a financial point of view, to such shareholders.

It is currently expected that, subject to receipt of all regulatory, court, shareholder and other approvals, and the satisfaction or waiver of all conditions, the Transaction will be completed in the fourth quarter of 2018.

Further information regarding the Transaction will be included in ICC’s management information circular to be mailed to ICC Shareholders in advance of the ICC Special Meeting and in ICC’s material change report in respect of the announcement of the Transaction, each of which will be filed with the Canadian securities regulators and will be available under ICC’s profile at www.sedar.com.

Headquartered in Edmonton, Alberta, Canada with funded capacity in excess of 500,000 kg per year and sales and operations in 14 countries across five continents, Aurora is one of the world’s largest and leading cannabis companies. Aurora is vertically integrated and horizontally diversified across every key segment of the value chain, from facility engineering and design to cannabis breeding and genetics research, cannabis and hemp production, derivatives, high value-add product development, home cultivation, wholesale and retail distribution.

Highly differentiated from its peers, Aurora has established a uniquely advanced, consistent and efficient production strategy, based on purpose-built facilities that integrate leading-edge technologies across all processes, defined by extensive automation and customization, resulting in the massive scale production of high quality product at ultra-low costs. Intended to be replicable and scalable globally, these production facilities are designed to produce cannabis of significant scale, with high quality, industry-leading yields, and ultra-low per gram production costs. Each of Aurora’s facilities is built to meet European Union (EU) GMP standards, and its first production facility, the recently acquired MedReleaf Markham facility, and its wholly owned European medical cannabis distributor Aurora Europe GmbH, have achieved this level of certification.

ICC is a fully licensed producer and distributor of medicinal cannabinoid extracts, recreational cannabis and industrial hemp products in Uruguay as well as a fully licensed producer of medicinal cannabis in Colombia. The Company has active operations in Uruguay, and is focused on becoming the worldwide leading producer of cannabinoid extracts, giving support and promoting responsible use for medicinal purposes, backed by scientific research and innovation, while following strict compliance with standards for quality and safety.