Today’s announcement follows the company’s press release of January 18, 2018, which announced that Aurora and Pedanios had won a highly-competitive EU-wide public tender to supply 100kg of medical cannabis to the Italian government through the Italian Ministry of Defense, who oversee medical cannabis production and distribution in Italy.

The Italian government has entrusted Aurora as the only direct, foreign non-government supplier to the Department of Defense in response to its first ever public tender to help support the growing demand on its strictly-regulated medical cannabis program. We take this responsibility very seriously, and will be supporting the growing number of patients in the Italian system with high-quality products, as well as educational support initiatives for both the general public and physicians. 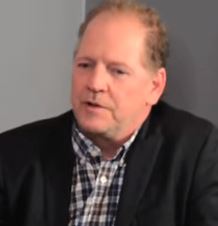 The Aurora Standard reflects a level of professionalism, product quality and patient care that is increasingly recognized by a growing number of international governments, physicians, pharmacies and patients.

Aurora’s Chief Global Business Development Officer, Neil Belot, added, “We are extremely proud to become the first non-government supplier to the Italian market. This historic first shipment of premium quality, EU GMP-certified medical cannabis provides Aurora with a first and highly visible foothold in a market with over 60 million people. With nation-wide coverage in place for the cost of cannabis, we anticipate rapid growth, and look forward to establishing the Aurora Standard as the benchmark in this exciting market.”

Aurora is close to completion of the acquisition of all the outstanding shares of CanniMed Therapeutics Inc, Canada’s most experienced licensed producer of medical cannabis, adding over 20,000 kg per annum in funded capacity, as well as Canada’s strongest medical cannabis brand.

Aurora also owns Berlin-based Pedanios, the leading wholesale importer, exporter, and distributor of medical cannabis in the European Union. The Company owns 51% of Aurora Nordic, which will be constructing a 1,000,000 square foot hybrid greenhouse in Odense, Denmark. The Company offers further differentiation through its acquisition of BC Northern Lights Ltd. and Urban Cultivator Inc., industry leaders, respectively, in the production and sale of proprietary systems for the safe, efficient and high-yield indoor cultivation of cannabis, and in state-of-the-art indoor gardening appliances for the cultivation of organic microgreens, vegetables and herbs in home and professional kitchens.

Aurora holds a 19.88% ownership interest in Liquor Stores N.A., (“LIQ”) who are developing a cannabis retail network in Western Canada. In addition, the Company holds approximately 17.23% of the issued shares in leading extraction technology company Radient Technologies Inc, and has a strategic investment in Hempco Food and Fiber Inc., with options to increase ownership stake to over 50%. Aurora is also the cornerstone investor in two other licensed producers, with a 22.9% stake in Cann Group Limited, the first Australian company licensed to conduct research on and cultivate medical cannabis, and a 17.62% stake in Canadian producer The Green Organic Dutchman Ltd., with options to increase to majority ownership.

Aurora’s Common Shares trade on the TSX under the symbol “ACB”, and are a constituent of the S&P/TSX Composite Index