As previously announced, the transaction consists of two connected components: a private placement between the two companies, and an option agreement in which two of Hempco’s principal shareholders grant to Aurora an option to purchase Hempco shares owned by them, thus enabling Aurora to increase its ownership of Hempco shares should it so choose.

“Once approved by our shareholders, this strategic investment by Aurora strengthens our company, not just financially, but especially through the market reach, brand recognition and exclusive access to innovative technologies that Aurora brings to the table,” said Charles Holmes, Hempco’s CEO. “Additionally, if the current regulations prohibiting the extraction of cannabidiol (CBD) from hemp products were to change, which we anticipate will happen in the near to mid-term future, Hempco will be very well positioned to capitalize on this opportunity through its relationship with Aurora.”

Our pending investment in Hempco represents an attractive opportunity for further expansion into another closely-related and rapidly-growing international market, while at the same time securing a potentially material source of raw CBD material for our medical concentrates business. We look forward to working with Hempco to capitalize on the many opportunities for growth on a global scale. 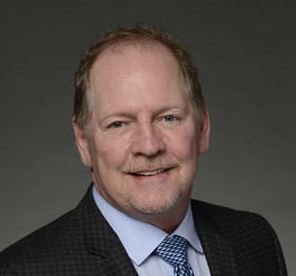 In the private placement, Aurora has entered into an amended and restated subscription agreement (the “Subscription Agreement”) providing for the purchase of 10,558,676 units (each a “Unit”) of Hempco at a purchase price of $0.3075 per Unit for total gross proceeds of $3,246,792 (the “Private Placement”). Each Unit is to consist of one Hempco common share (each, a “Hempco Share”) and one non-transferable common share purchase warrant (each, a “Warrant”). Each Warrant will entitle Aurora to purchase one additional Hempco Share at a price of $0.41 until the second anniversary of the closing date. Each Warrant will include an acceleration clause providing that if the volume weighted average price per Hempco Share on the TSX Venture Exchange (“TSXV”) exceeds $0.65 for a period of 30 consecutive calendar days, Hempco will have a limited right to accelerate the expiration date of the Warrants. The Subscription Agreement provides that closing of the Private Placement is subject to conditions, including the execution of an investor rights agreement and an option agreement with Charles Holmes and Angela Holmes, TSX Venture, TSX and Hempco disinterested shareholder approval.

As noted, one of the conditions to completion of the Private Placement is that Charles Holmes and Angela Holmes, each of whom is a principal shareholder, officer and director of Hempco, enter into an option agreement (the “Option Agreement”) granting to Aurora an option (the “Option”) to acquire up to an aggregate of 10,754,942 Hempco Shares currently owned by them (50% from Charles Holmes, 50% from Angela Holmes). This condition has been satisfied.

Also as noted, another condition to completion of the Private Placement is that Aurora and Hempco enter into an investor rights agreement (the “Investor Rights Agreement”) that will allow Aurora to nominate two directors to the Hempco Board of Directors, require that Hempco adopt and expenditure policy, provide for certain matters related to CBD extraction from hemp and provide Aurora with anti-dilution protection. This condition has also been satisfied.

Although the Investor Rights Agreement will not take effect until the closing of the Private Placement, Hempco has signed an undertaking, effective immediately, to use reasonable efforts to appoint the two Aurora nominees to the Hempco Board immediately, that it will use reasonable efforts to find a suitable candidate to be the new Chief Executive Officer of Hempco, with the goal of having the new candidate in place as soon as reasonably possible, that Hempco will adopt an expenditure policy, and that funds advanced to Hempco by Aurora pursuant to a bridge loan (see description below) will be used to develop the Hempco facility in Nisku, Alberta, and for the payment of certain Hempco accounts receivable.

Hempco will now call an extraordinary meeting of its shareholders for the purpose of asking them to approve the change of control that will result from completion of the Private Placement transaction.

Further to the Hempco undertaking mentioned above, and effective immediately, the Hempco Board of Directors has appointed Mr. Allan Cleiren as a director of Hempco. Mr. Cleiren is the Chief Operating Officer of Aurora and is the first of two nominees appointed, expanding the Board to 6 directors, 4 of whom are independent.

Mr. Cleiren is Chief Operating Officer of Aurora Cannabis Inc. and has nearly three decades of leadership experience in finance and operations management with both privately and publicly held companies. Throughout his career, Mr. Cleiren’s focus has been on achieving operational excellence and efficiency, contributing to significant revenue and profitability growth. Mr. Cleiren is also is a member of the Board of Directors of Universal Rail Services Inc., Metalogic Inspection Services Inc., and is Chair of the Board for the Alberta Automobile Insurance Rate Board.

For more than 12 years Hempco has been a trusted and respected pioneer, innovator and provider of premier hemp seed foods. Hempco is committed to developing hemp foods, hemp fiber and hemp nutraceuticals, a “tri-crop” opportunity for producers and processors. Hempco is expanding its processing ability to meet global demands in a 56,000 sq. ft. facility located at Nisku, Alberta. Hempco’s common shares trade on the TSX Venture Exchange under the symbol “HEMP”. Hempco® has grown its business significantly and is generating value and profits for shareholders.

Aurora’s wholly-owned subsidiary, Aurora Cannabis Enterprises Inc., is a licensed producer of medical cannabis pursuant to Health Canada’s Access to Cannabis for Medical Purposes Regulations (“ACMPR”). The Company operates a 55,200 square foot, state-of-the-art production facility in Mountain View County, Alberta, and is currently constructing a second 800,000 square foot production facility, known as “Aurora Sky”, at the Edmonton International Airport, and has acquired, and is undertaking completion of, a third 40,000 square foot production facility in Pointe-Claire, Quebec, on Montreal’s West Island. In addition, the Company holds approximately 9.6% of the issued shares (12.9% on a fully-diluted basis) in leading extraction technology company Radient Technologies Inc., based in Edmonton, and is the cornerstone investor with a 19.9% stake in Cann Group Limited, the first Australian company licensed to conduct research on and cultivate medical cannabis. Aurora also owns Pedanios, a leading wholesale importer, exporter, and distributor of medical cannabis in the European Union (“EU”), based in Germany. Aurora’s common shares trade on TSX under the symbol “ACB”.