10-K season just came to an end for cannabis stocks. Actually, to be precise, extra innings came to an end, as the filings were due 03/31 for companies with years ending in December with the ability to extend to April 17th. One of the filings that caught my attention was Axim Biotechnologies (OTC: AXIM), which filed its 10-K yesterday along with many others who waited until the last minute.

AXIM’s stock had a tremendous 2016 and is up dramatically over the past year despite a recent decline from an all-time high in January: 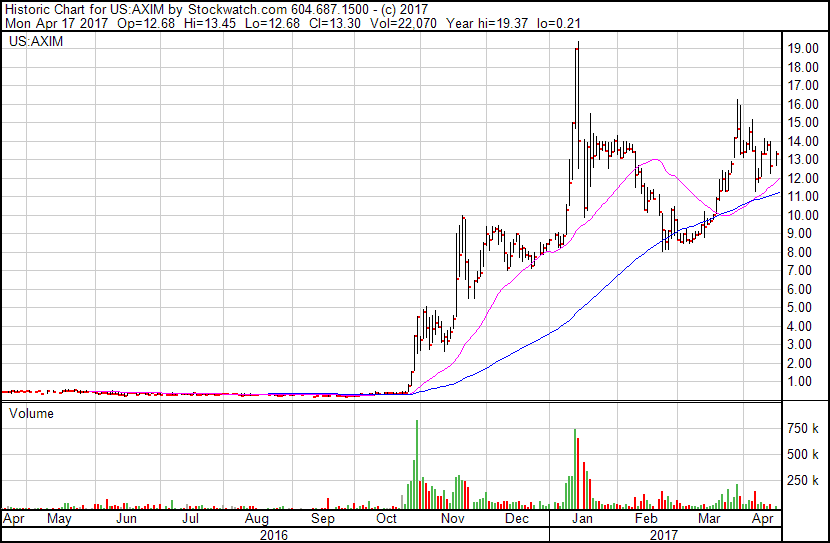 If this isn’t enough to give pause, consider that the company says it needs to raise $12.8mm over the next year:

The company has a market cap that is insane in my view and has been unable to raise money on reasonable terms to date. Holders of AXIM should expect substantial dilution, in my view, if the company is actually able to raise the $12.8mm it needs. If it can’t raise the money, then it surely isn’t worth over $700mm.