WASHINGTON, DC – Today, a bipartisan group of U.S. senators and representatives introduced seven measures to advance more sensible cannabis policy at the federal level. The bills covered a broad range of issues related to resolving the tension between state and federal cannabis laws.

“The flurry of bills on the Hill today are a reflection of the growing support for cannabis policy reform nationally,” said National Cannabis Industry Association (NCIA) executive director Aaron Smith. “State-legal cannabis businesses have added tens of thousands of jobs, supplanted criminal markets, and generated tens of millions in new tax revenue. States are clearly realizing the benefits of regulating marijuana and we are glad to see a growing number of federal policy makers are taking notice.”

Cannabis businesses aren’t asking for tax breaks or special treatment. They are just asking to be taxed like any other legitimate business. NCIA and its members appreciate this strong support for a fair approach, and we’re especially proud to newly gain that support from Rep. Curbelo. 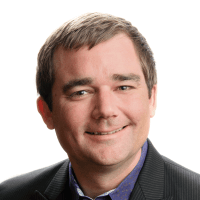 The Regulate Marijuana Like Alcohol Act, introduced in the House by Rep. Jared Polis (D-CO), would regulate marijuana like alcohol by inserting marijuana into the section of the U.S. Code that regulates “intoxicating liquors.” It would give oversight authority to the Bureau of Alcohol, Tobacco, Firearms and Explosives, and would establish a permitting system to cover the cost of that oversight.

The Responsibly Addressing the Marijuana Policy Gap (RAMP) Act, introduced by Sen. Wyden and Rep. Blumenauer in their respective chambers, covers a broad range of issues at the federal level, including banking and tax fairness for businesses, civil forfeiture, and drug testing for federal employees. The two Oregon officials see the provisions in this bill, collectively, along with the other two bills introduced today, as the “Path to Marijuana Reform.”

The Marijuana Revenue and Regulation Act, introduced by Sen. Wyden and Rep. Blumenauer, contains the provisions included in the Marijuana Tax Revenue Act and the Regulating Marijuana Like Alcohol Act.

Meet the people who are building a cannabis industry based on compassionate care, responsible education, and cutting-edge innovation – WeAreTheCannabisIndustry.com

Representing well over 1,000 member-businesses nationwide, the National Cannabis Industry Association (NCIA) is the largest cannabis trade association in the U.S. and the only one representing cannabis-related businesses at the national level. NCIA promotes the growth of a responsible and legitimate cannabis industry and works toward a favorable social, economic, and legal environment for that industry in the United States.

This Is Weighing Down Multi-State Cannabis Operator Profitability