The California cannabis industry will create thousands of jobs in the next few years, and we want to make sure the best candidates are filling them. California not only has the potential to be the largest market in the United States, but as the first state to legalize medical marijuana, it’s also rich in talent and opportunity. 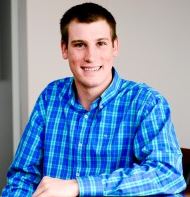 The hiring demand in Northern and Southern California has been rising steadily in recent years and is expected to accelerate as the state approves and implements recreational cannabis this coming election. While California is the next frontier of the recreational industry, additional states approving medical and recreational industries over the coming years will provide nationwide opportunity for those experienced in the industry. With over 39 million residents in California, Vangst’s California office will be at the epicenter of industry growth.

Vangst has teamed up with the Cannabis World Congress & Business Expo to host what is expected to be California’s largest Cannabis Career Fair. Taking place on Sept. 10, 2016 from 11:00 a.m. – 3:00 p.m. at the Los Angeles Convention Center, the Vangst Career Fair will join eager job seekers and hiring cannabis businesses in the Los Angeles-area together under one roof for the first time. Job seekers can register here, while vendors can reserve a booth here.

Originally opening its doors as Gradujuana in 2015 and transitioning to Vangst in 2016, Vangst Talent Network places elite candidates in forward-thinking job opportunities of every level nationwide. As the leading cannabis staffing agency, Vangst is headquartered in the cannabis epicenter of Denver, Colorado and has recently added an additional location in Los Angeles.