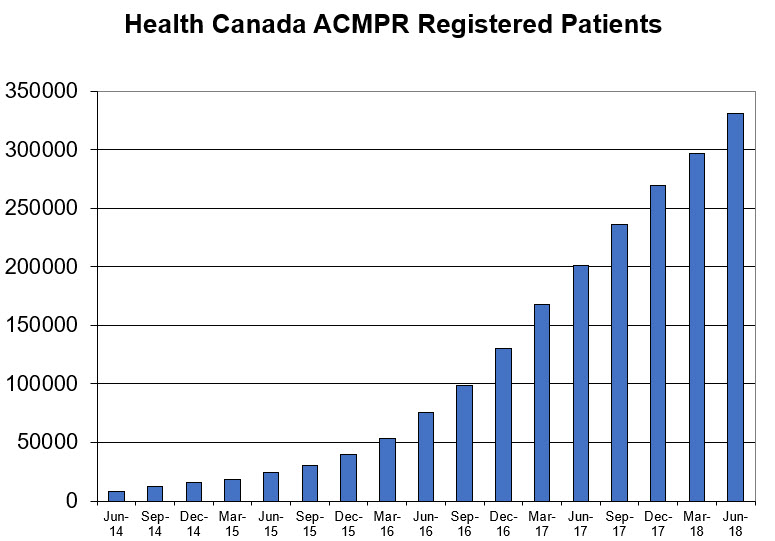 The growth remains robust and was slightly higher than the 10.1% quarterly growth in the prior quarter, but the annual growth was the lowest since the program began four years ago, reflecting the maturation of the program as well as perhaps some hesitancy among potential patients who will just wait for legalization. At the current rate of growth, the program will meet 10-year projections shared in 2013 by Health Canada of 400K patients more than five years earlier than expected. 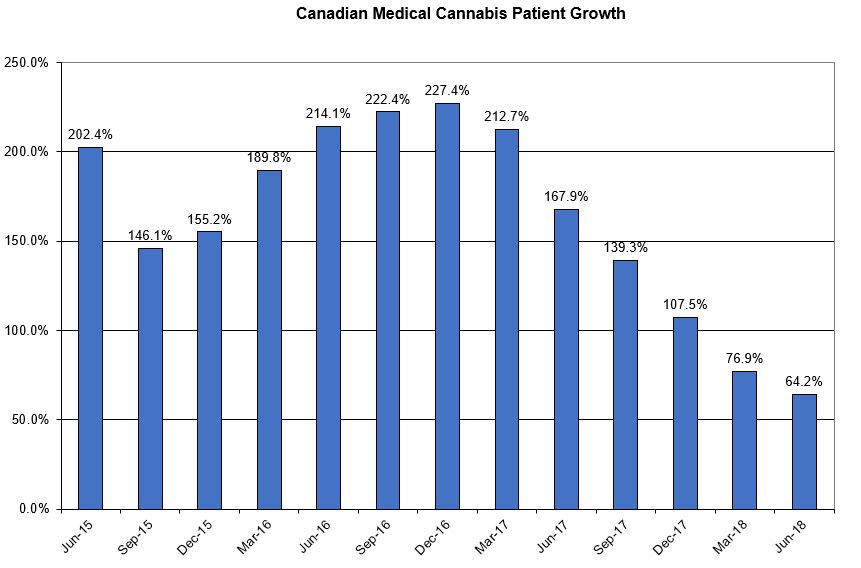 This is the second quarter that the agency included monthly data after  providing it on only a quarterly basis in the first three years of the program. It has added a significant number of data categories as well, including a geographical breakdown of patient registrations.  Alberta continues to have a disproportionate amount of patients relative to its population, as its total, at 117,347, represented over 35% of all patients. Ontario, the largest province, had over 43% at 143,321. BC and Quebec continue to have very few patients relative to their overall populations. 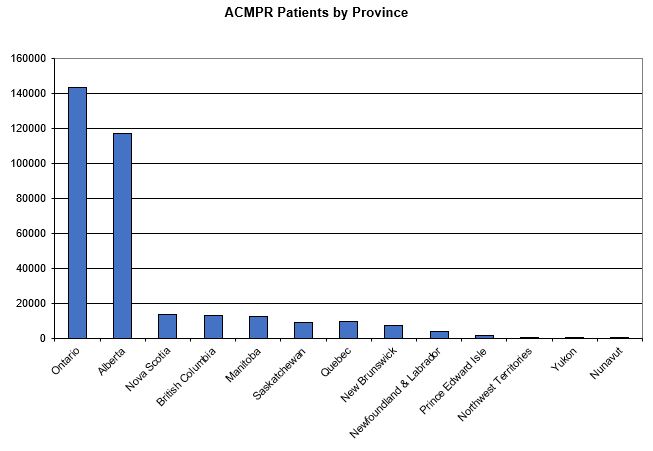 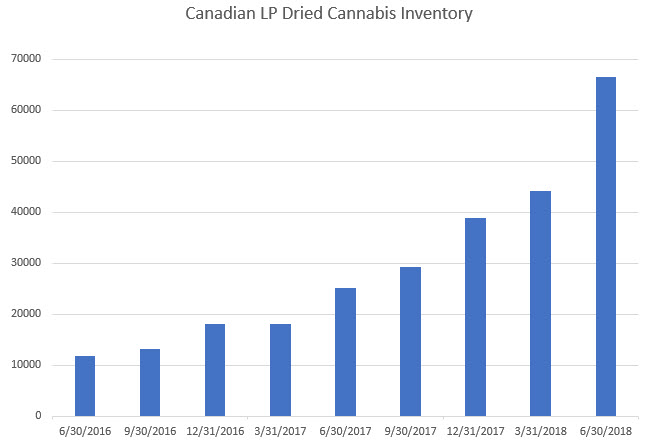 With the passage of the Cannabis Act in early June, producers began to prepare for the rollout of legalization for adult use, which will dramatically expand the size of the market. The largest cannabis producers will be reporting more updated inventory carrying values individually as they detail financials. Aphria (TSX: APH) (OTC: APHQF) will report its August quarterly financials in mid-October, while HEXO Corp (TSX: HEXO) (OTC: HYYDF), which is Quebec’s largest supplier, will detail its July financials by the end of October. Aurora Cannabis (TSX: ACB) (OTC: ACBFF, CannTrust (TSX: TRST) (OTC: CNTTF), Canopy Growth (TSX: WEED) (NYSE: CGC) and Tilray (NASDAQ: TLRY) will report September financials in November.