Health Canada released monthly data yesterday on its medical cannabis program, Access to Cannabis for Medical Purposes Regulations (ACMPR), which was implemented as MMPR in April 2014.  The number of patients as of September 30, 2017 increased to 235,621 from 201,398 at the end of June and 98,460 as of September 2016, representing quarterly growth of  17% and annual growth of 139%: 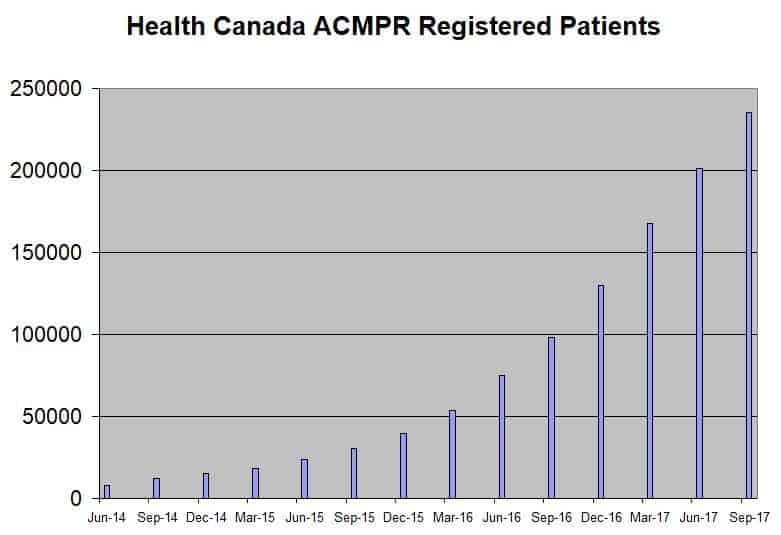 While the growth was strong, it was the slowest annual growth since the program launched, reflecting the maturation of the program and perhaps some hesitancy of potential patients to register with legalization approaching: 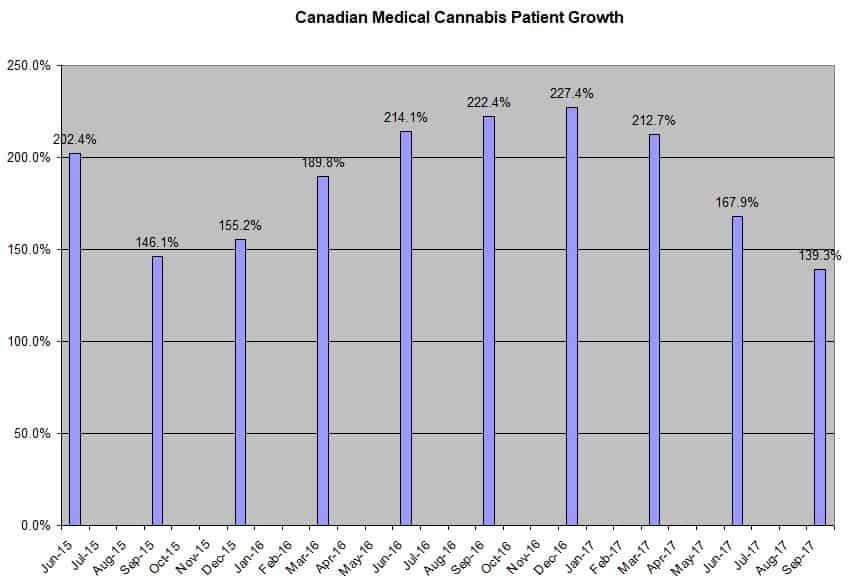 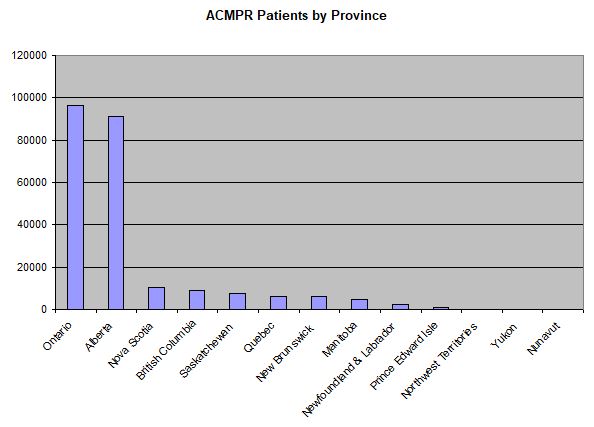