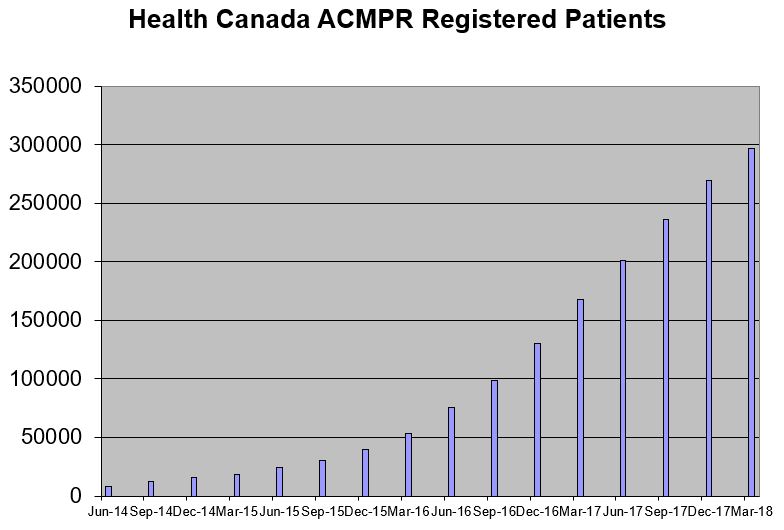 The growth remains robust, but it was the slowest growth on a quarterly basis since the program began four years ago, reflecting the maturation of the program as well as perhaps some hesitancy among potential patients who will just wait for legalization. 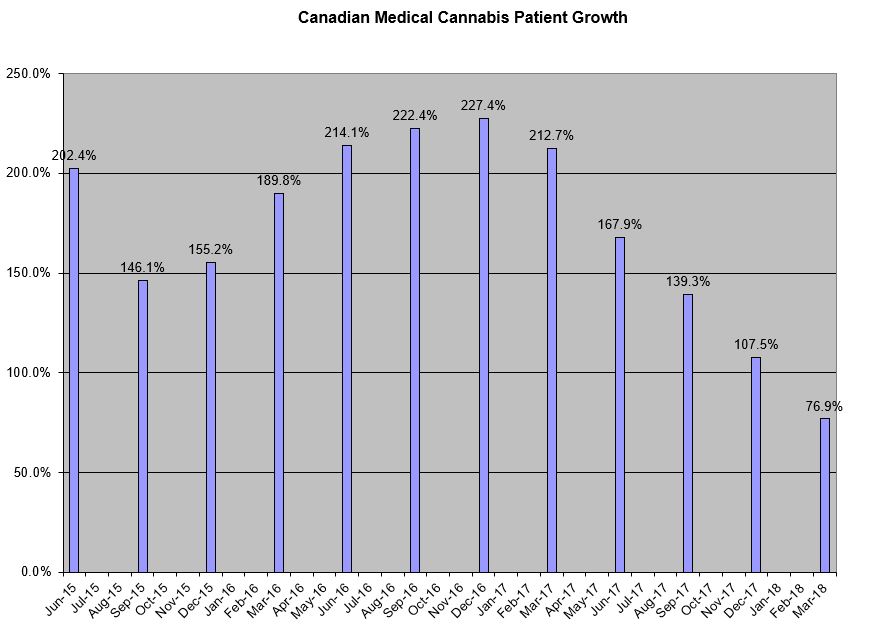 This was the first year that Health Canada has included monthly data after providing it on only a quarterly basis in the first three years of the program. It has added a significant number of data categories as well, including a geographical breakdown of patient registrations.  Alberta continues to have a disproportionate amount of patients relative to its population, as its total, at 112,207, represented almost 38% of all patients. Ontario, the largest province, had almost 42% at 123,893. BC and Quebec continue to have very few patients relative to their overall populations. 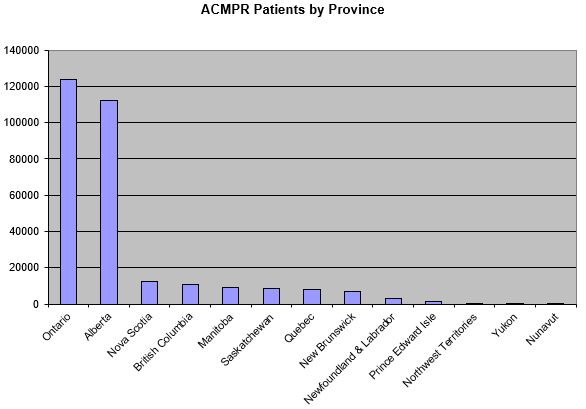 Dried flower shipments increased just 4.2% in the quarter ending in March compared to the prior quarter, while oils grew 11% as measured in kilograms. Health Canada began reporting data in volume as well, with almost 4000 liters sold in March. Health Canada also started reporting exports, which represented 5% of dried flower sold in Canada but less than 0.1% of oils sold domestically. Dried flower inventory closed the quarter at 44.18 million grams, while oil inventory ended at 15,727 liters.