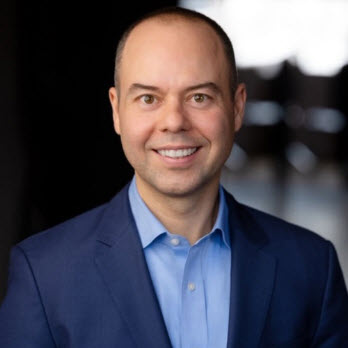 Chicago Atlantic’s REIT has approximately $324 million in commitments, according to Mazarakis. The firm also has a private fund and co-investments. Mazarakis pointed to investments made in an Ohio operator and Florida operator. The team is bullish on these two deals. One of the firm’s biggest investment success stories is Verano, which is now a top-five MSO.

During the underwriting process, the Chicago Atlantic team focuses on four key metrics to identify promising opportunities. First, the firm considers the company’s state. Chicago Atlantic typically focuses on limited license states, largely east of the Mississippi River. The firm has not done any deals in California yet, but it is definitely willing to consider working with the right operator. Though eastern states remain its focus, the firm currently has one western state on its radar.

Chicago Atlantic team also likes limited license markets that have the opportunity to transition from medical to adult-use. The team also looks at collateral and cashflow when considering opportunities. The team is not reinventing lending, and its underwriting process has served the firm well over the past three years, according to Mazarakis.

This year, Chicago Atlantic is planning to deploy $200 million to $250 million in the cannabis space. The team is prepared to access more capital and deploy it for the right deals, according to Mazarakis. Chicago Atlantic’s currently has a $979 million pipeline.

Mazarakis does not consider the prospect of federal legalization a risk for Chicago Atlantic. Rather, a positive regulatory shift would improve the credit worthiness of borrowers. Additionally, the firm would be able to take advantage of a cheaper cost of capital. But he does not expect any sort of regulatory relief to move forward before the midterm elections.

Chicago Atlantic is a big player in the cannabis debt space, but it isn’t the only one. The firm will work with other lenders in the space on larger, heavily brokered deals. For example, Chicago Atlantic worked with AFC Gamma on a Verano deal. But Mazarakis sees the firm’s bread and butter as deals at the single or two-state level. These smaller operators have plenty of collateral and an inability to access capital through mainstream avenues. Chicago Atlantic can fill that need without diluting operators, according to Mazarakis.

Chicago Atlantic made its public debut on the NASDAQ at the end of 2021. More access to capital at a lower cost was the impetus for the public listing. The firm is well-positioned to execute on its $979 million pipeline, according to Mazarakis.

The firm’s investor pool is largely made up of family offices and high-net-worth individuals, but some institutional investors entered the pool through the publicly traded vehicle. The team is looking to increase its exposure to institutional players. Chicago Atlantic’s three partners and its investor relations team work to build relationships with investors.

Mazarakis sees the biggest opportunity in the gap between the cannabis industry’s retail demand and what has actually been accepted at the legal state level. He is excited to see that gap be filled and the industry grow, fueled by eventual regulatory relief. Chicago Atlantic is positioning itself to be a protagonist in the cannabis lending space as the industry continues to move forward.