This is a copy of the June 2nd edition of our weekly Newsletter, which we have been publishing since October 2015.

The accountants at MNP must be enjoying the weekend! As we had suggested, earnings season went out with a bang this week. We are still catching up on all the press releases, conference calls and filings, but we were encouraged by what we heard. Revenues are soaring, companies seem to be controlling costs better and the outlooks from many of the companies are quite robust.

While the concept of “pro forma” revenue reporting isn’t new, we noticed that its use accelerated this quarter. We have heard from some readers who are not clear what the term means or why companies are using it, so we wanted to provide some background as well as to share some perspective.

Pro forma is a Latin term meaning “as a matter of form”, which isn’t very helpful to those who use a search engine to look it up. When it comes to financial reporting, companies are providing an alternative perspective to the actual revenue they report, taking into account pending or recently closed transactions. It’s not uncommon for companies in other industries to provide pro forma accounting, as it helps investors better understand what the combined entities will look like. We are seeing it used so frequently in the cannabis industry because the mergers and acquisitions activity has become so extensive. The use of pro forma revenue reporting helps investors to understand what the company’s revenue might be if all pending or recently completed acquisitions had been closed for the entire reporting period.

While the press release mentioned this point, it didn’t explain it. To learn more, one has to listen to the conference call or to go to its Management’s Discussion and Analysis (MD&A), where the company explains it, though not very clearly. In the fine print under a table describing its retail and cultivation footprint, the company notes that it has a pending acquisition of a retail store in California and two stores already managed by the company. Of course, the bulk of the pro forma adjustment comes from PharmaCann.

The disclosure around pro forma revenue reporting varies. Vireo Health, for example, broke out the additional revenue beyond its own revenue by state, detailing the exact revenue each acquisition would have added. Most of the companies aren’t as transparent. We note that Green Thumb Industries was one of the few companies with substantial pending acquisitions that didn’t report on a pro forma basis.

While we think it can be helpful to investors to get this added level of detail, especially when the companies are transparent about it, we caution readers on a number of points. First, the deals may not actually close. Second, just reporting the revenue of pending acquisitions tells only one side of the story, as it fails to depict additional costs. Finally, we urge readers to remember that the pro forma revenue must be acquired, which will either reduce cash on the balance sheet or, more likely, inflate the number of shares. We have seen some financial media discussions that have compared current market caps to pro forma revenue projections, forgetting that the share-count will rise substantially in order to actually close the pending deal.

Cannabis multi-state operators seem to be racing to be “the biggest MSO”, so it’s not surprising that they are making sure we know that they are even bigger than they appear to be based upon their current operations. We have no objection to pro forma revenue reporting, but we think readers should understand the issues we have discussed.

Plus Products is building a leading branded cannabis product manufacturing operation in the largest and most competitive cannabis market, California. The company recently announced expansion into Nevada and is committed to producing a consistent product in all markets. Plus is working toward dominating the branded product space by leveraging data to grow the company’s portfolio both organically and through acquisitions. 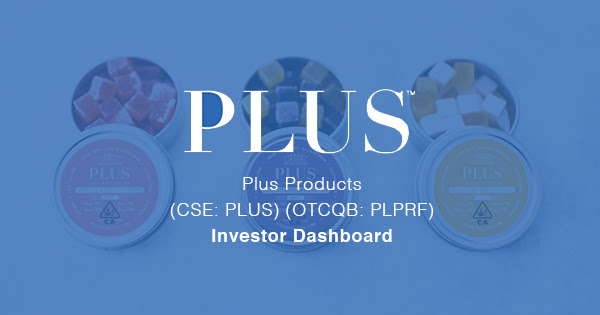 To learn more about PLUS, a client of New Cannabis Ventures, visit the company’s Investor Dashboard that we maintain on its behalf and click the blue Follow Company button in order to stay up to date with their progress.