Concurrent with the closing of the purchase, IIP entered into a triple-net lease agreement with a subsidiary of Trulieve, for continued operation as a licensed medical cannabis cultivation facility. The purchase price for the Florida property was $17.0 million (excluding transaction costs). The initial lease term is ten years, with two options to extend the term of the lease for five years each. The initial annualized base rent is equal to 11% of the purchase price for the property. Earlier this year, IIP executed a sale-leaseback transaction with Trulieve for a 150,000 square foot industrial facility in Holyoke, Massachusetts for an initial purchase price of $3.5 million (excluding transaction costs), pursuant to which Trulieve is expected to complete tenant improvements for the building, for which IIP has agreed to provide reimbursement of up to $40.0 million.

By its consistent dedication to patient-centric values from day one, Trulieve has become the preeminent operator in Florida, and we are thrilled to partner with them again on this project as a long-term real estate partner. Within a few short years, the Florida medical cannabis market has witnessed remarkable growth, and Trulieve has played an invaluable role in the market by meeting that patient need. 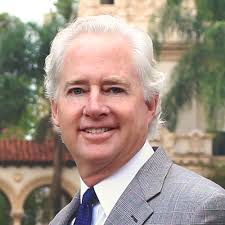 It is great to team with IIP again on this transaction, providing us the real estate capital to continue to expand our capacity in one of the largest and most dynamic medical cannabis markets in the United States. These newly-developed cultivation facilities provide us with the optimal controlled environments to continue to deliver the highest quality products to patients throughout the state of Florida.

Florida represents one of the largest and one of the fastest growing medical-use cannabis markets in the United States. Floridians overwhelmingly supported the passage of the medical-use cannabis program in 2016 with 71% voter approval. Qualifying medical conditions for the program include, among others, cancer, epilepsy, PTSD, HIV/AIDS and multiple sclerosis. Smokable flower was initially banned; however, a bill removing the prohibition was signed into law in March 2019. According to the Florida Office of Medical Marijuana Use (OMMU), as of October 11, 2019, there were over 270,000 qualified patients and over 2,500 qualified physicians in the medical-use cannabis program.

Trulieve is a vertically integrated “seed-to-sale” company and is the first and largest fully licensed medical cannabis company in the State of Florida. Trulieve cultivates and produces all of its products in-house and distributes those products to Trulieve-branded stores (dispensaries) throughout the State of Florida, as well as directly to patients via home delivery. Trulieve also operates in California, Massachusetts and Connecticut. Trulieve is listed on the Canadian Securities Exchange under the symbol TRUL.