Innovative Industrial Properties (NYSE: IIPR), which also announced the closing of a cultivation and processing facility in Maryland, has declared its initial dividend. The company will pay $0.15 per share on July 14th to holders of record as of June 30th. The annualized dividend of $0.60 per share represents a yield of approximately 3.5% per share.

IIPR went public in November at $20 per share, raising $61.1mm in net proceeds and becoming the first publicly-traded REIT focused on the cannabis industry. The company has now deployed approximately 75% of the cash raised, with about 50% going into a deal to buy and lease back PharmaCann’s New York facility and about 25% into Holistic Industries’ Maryland facility, a deal that included an $8mm payment to the seller and reimbursements to the seller upon completion of milestones and improvements of another $7mm.

With approximately 3.5mm shares outstanding, the dividend represents a quarterly outflow of $529K. In Q1, the company reported a net loss of $591K but cash provided by operating activities of $624K, a figure that adds back depreciation and amortization of stock-based compensation awards as well as other operational items. Funds from Operations (FFO) in Q1, which adjusts net income by adding back real estate depreciation, was -$430K. The company also reported an adjusted funds from operations (AFFO) of $340K or $.10 per share in Q1. AFFO adds back stock-based compensation to the FFO. 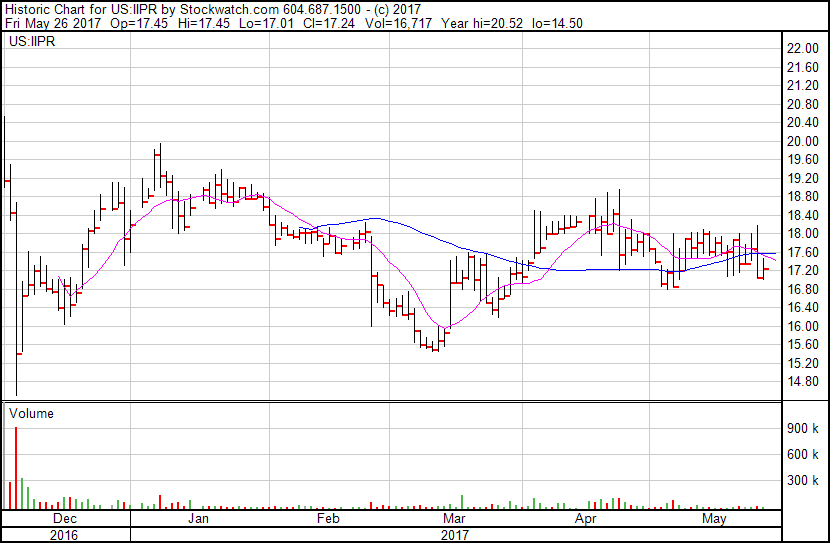