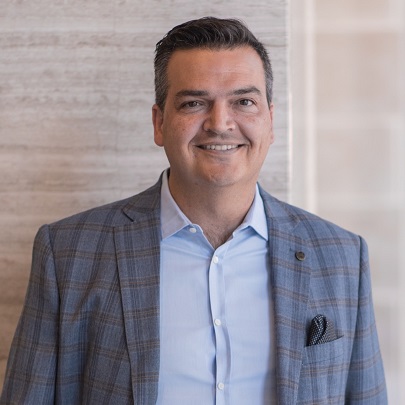 Unlike a business pivoting into the cannabis space or a cannabis business’s retail arm, Fire & Flower (TSXV: FAF) (OTC: FFLWF) was purpose-built from the ground up to be a cannabis retail company. CEO Trevor Fencott refers to the company’s model as “retail 2.0.” He spoke with New Cannabis Ventures about the company’s Canadian footprint and how the Alimentation Couche-Tard deal will propel the company to an international platform.

Fencott has a background in technology entrepreneurship, and he entered the cannabis space as a co-founder of Mettrum Health. After Mettrum was acquired by Canopy Growth in 2017, he started looking for the highest part of the value chain to participate in and saw a big opportunity in retail.

Technology plays a big part in Fire & Flower’s next-generation approach to retail. The company uses Hifyre’s digital platform to better understand its customers and communicate with its vendor partners. The company has more than 40,000 digital loyalty program members, which provide rich insight into what kinds of products customers want and do not want. Fire & Flower uses this data to inform their approach to customer experience and to help their vendor partners make the kinds of products customers want to buy.

Canadian Footprint and Beyond

Fire & Flower has 24 retail stores in Canada across five provinces and territories, and the company expects to have 65 stores open by July 2020.

The company has a 24-month execution plan to max out the opportunity share in Canada, according to Fencott. The company will also be looking to other promising to markets that could come online during that period. The U.S., Australia, New Zealand, Mexico, and South Africa are all exciting prospects for the company.

As the company moves forward, it will look to a combination of organic growth and acquisition to fuel its expansion. Fencott understands organic growth is less expensive than acquisitions, but it does have its limitations in terms of size and speed. When it comes to acquisitions, the company will focus on deals that make commercial sense and deliver shareholder value, according to Fencott. For instance, the company was very careful not to chase expensive deals in Ontario with lottery winners, limiting its potential acquisition costs for its two stores to $1.5 million each.

Convenience store operator Alimentation Couche-Tard’s strategic investment in Fire & Flower is a transformational deal that Fencott likens to the Constellation Brands transaction. Fire & Flower was built to be receptive to these kinds of deals, according to Fencott. Couche-Tard’s investment could give the company more than $380 million in growth capital and access to an international platform – Couche-Tard has 16,000 stores across 26 countries.

The deal will be executed in a series of tranches over the next few years. Couche-Tard will take a 9.9 percent share of Fire & Flower in the first tranche, then 19.9 percent, 33.3 percent, and finally a 50.1 percent controlling stake, according to Fencott. The stake will come with board representation.

LPs may be commanding a good deal of investor attention, overshadowing retailers, but Fencott is optimistic that will change. LPs are going to need to evolve to become brand companies, and some companies will struggle with the transition. Fencott sees retail as a less glamorous but strong entry point for investors – particularly as retail companies deliver on results.

Fire & Flower is challenged to scale in uncertain regulatory markets as it grows, but Fencott sees his company as more than up to the task. Looking at “Canada as a microcosm of the global scene,” the company is successfully navigating markets like Ontario, Alberta, and Saskatchewan. “Each jurisdiction we operate in, we have managed to really capitalize on every opportunity available there and minimize the amount of drag each jurisdiction,” he says. That experience will help the company in each new market it pursues.

Fire & Flower is a client of New Cannabis Ventures. Listen to the entire interview: