Cannabis sales decreased 0.8% in August compared to July according to cannabis data analytics firm BDSA. In this review, we will look at the markets one-by-one, beginning with the eastern markets and then concluding with the western markets. In total, sales across the 11 markets totaled $1.67 billion during the month.

BDSA provides coverage for Florida, Illinois, Maryland, Massachusetts, Michigan and Pennsylvania. In August, year-over-year growth ranged from -12.7% in Maryland to 29.5% in Florida. Note that Florida, Maryland and Pennsylvania are medical-only markets. 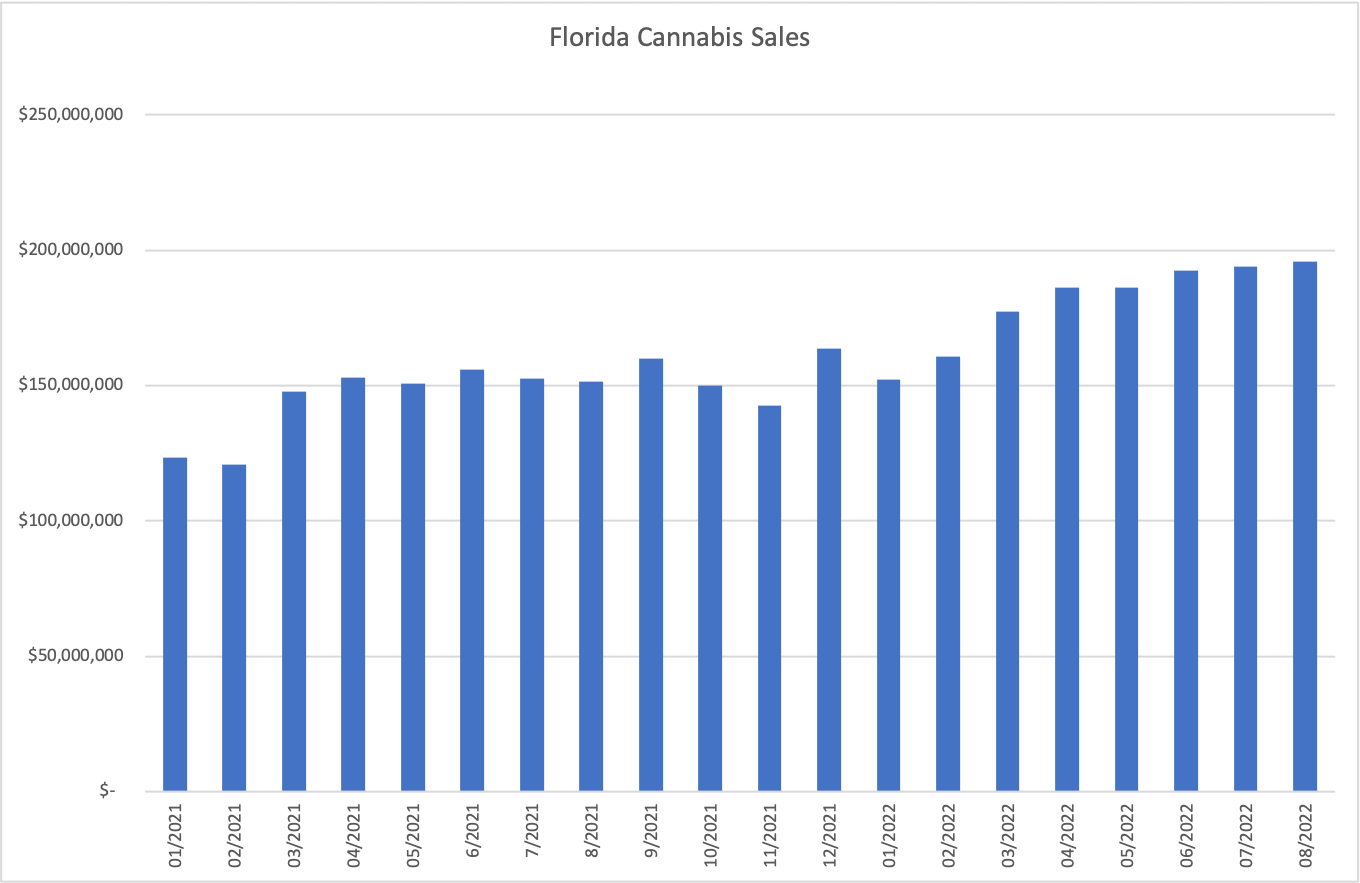 We previously published data released by the state showing that sales declined 3.8% from July and increased 2.5% from August 2021. BDSA estimated sales of $158.4 million, down 3.8% sequentially and up 1.5% from a year ago. Compared to last year, flower sales declined 3%, pre-rolls jumped 39%, ingestibles fell 5% and concentrates increased 4%. 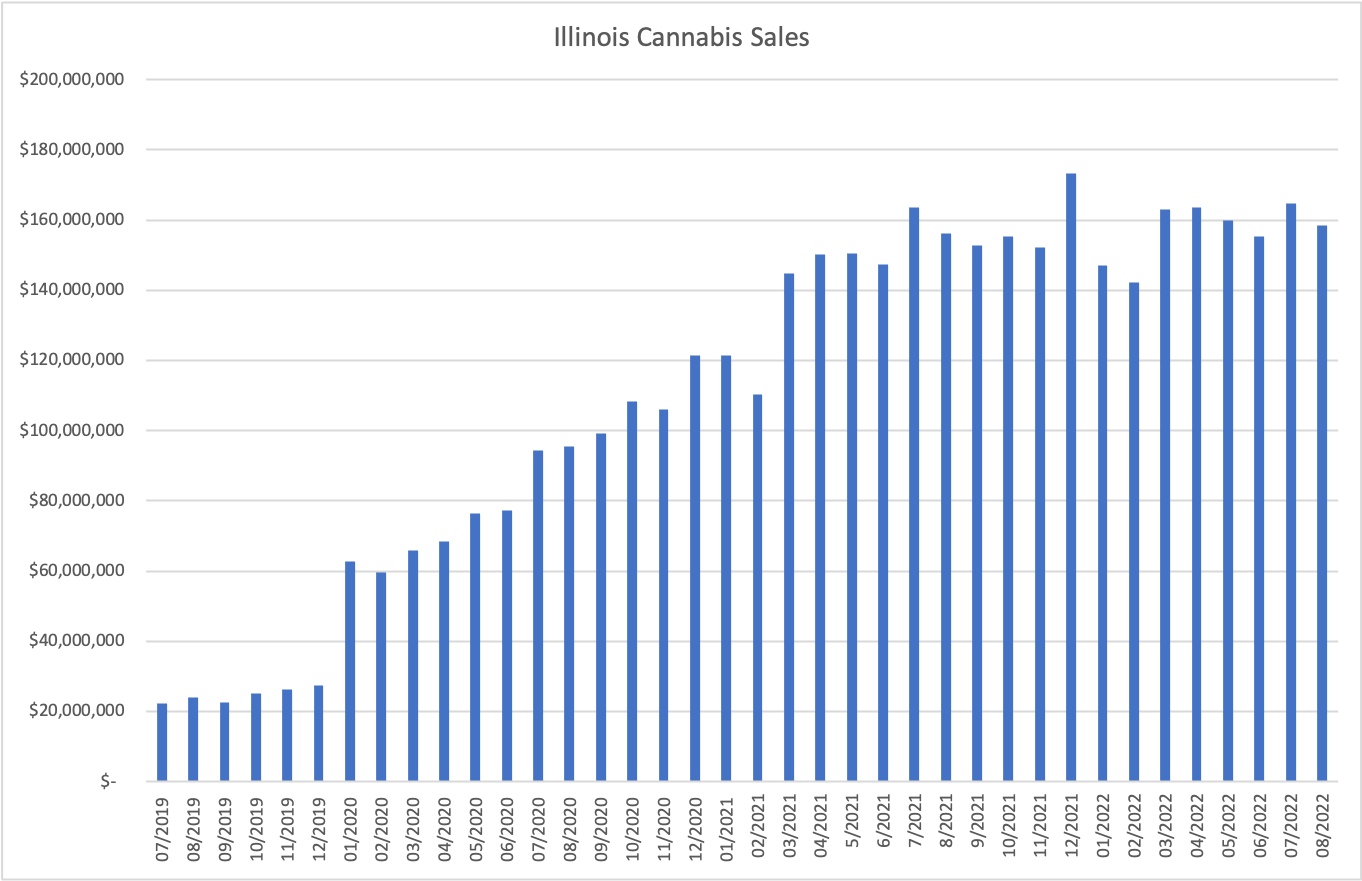 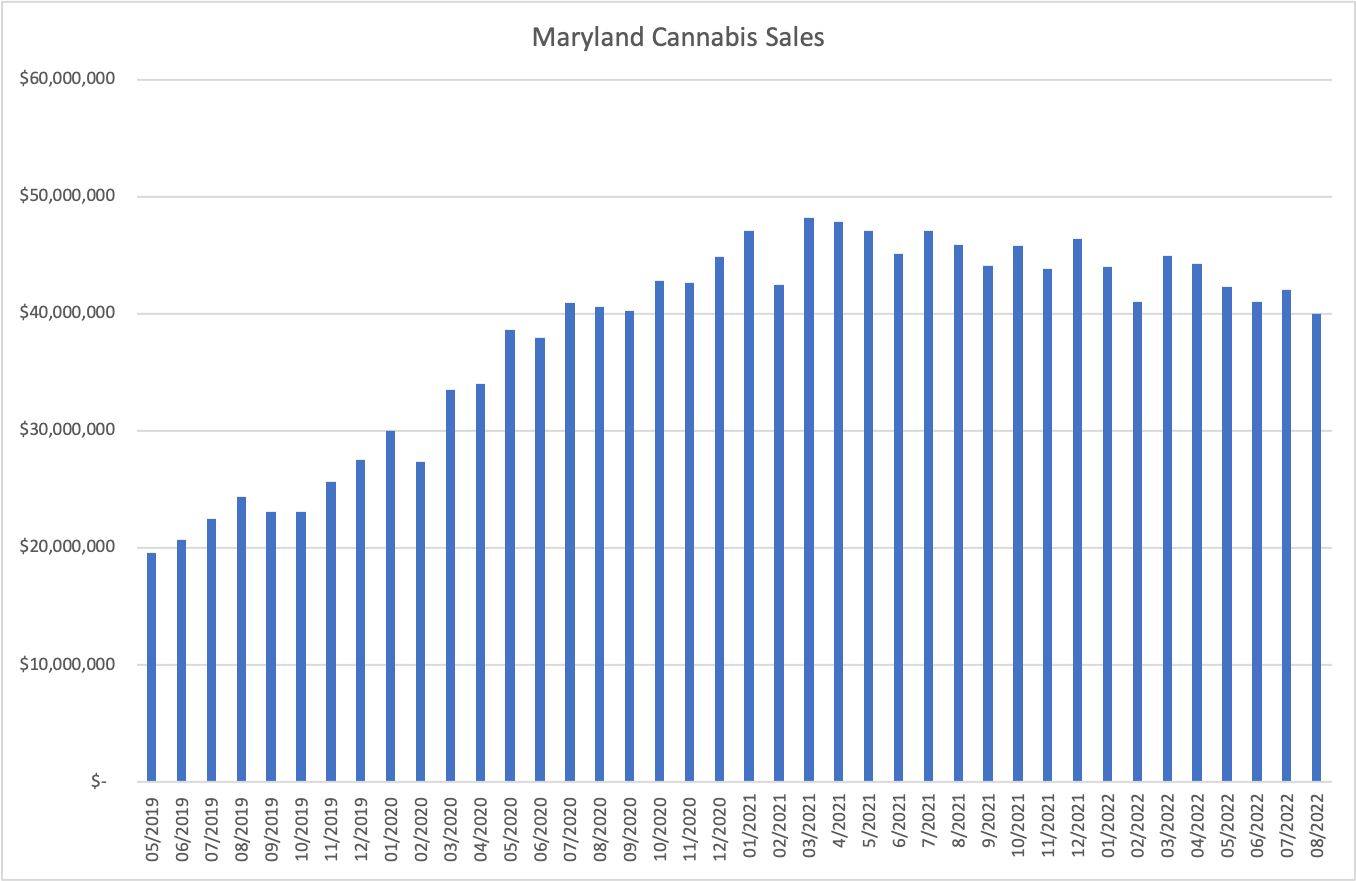 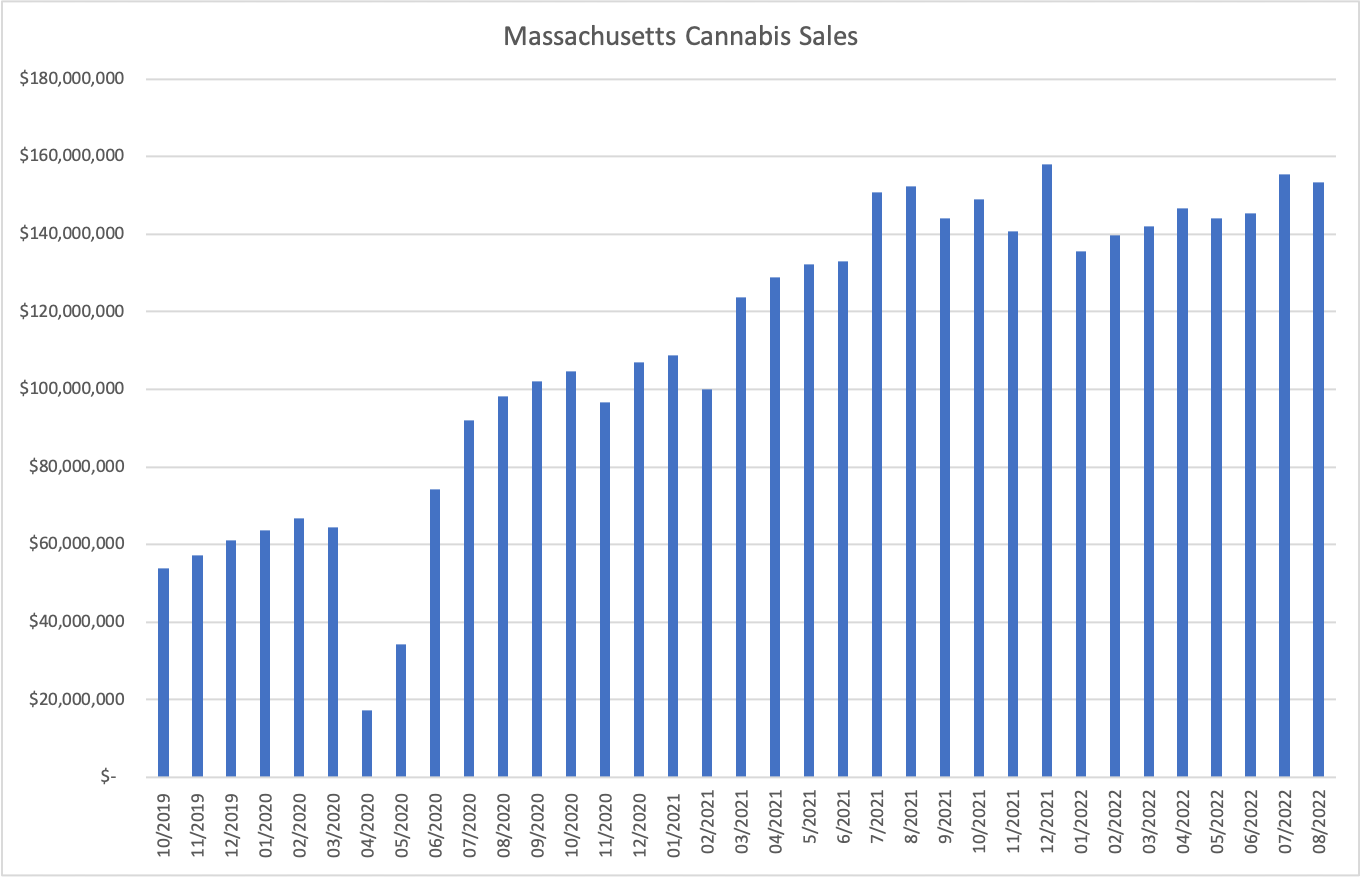 We had previously written about data released by the state indicating that Michigan cannabis sales slipped 1% sequentially and increased 26% year-over-year. BDSA estimated sales of $207.9 million, down 1% sequentially and up 23.2% from a year ago. Flower sales increased 28%, while concentrates grew 23%. Pre-rolls jumped 49% and ingestibles gained 1% compared to prior year. 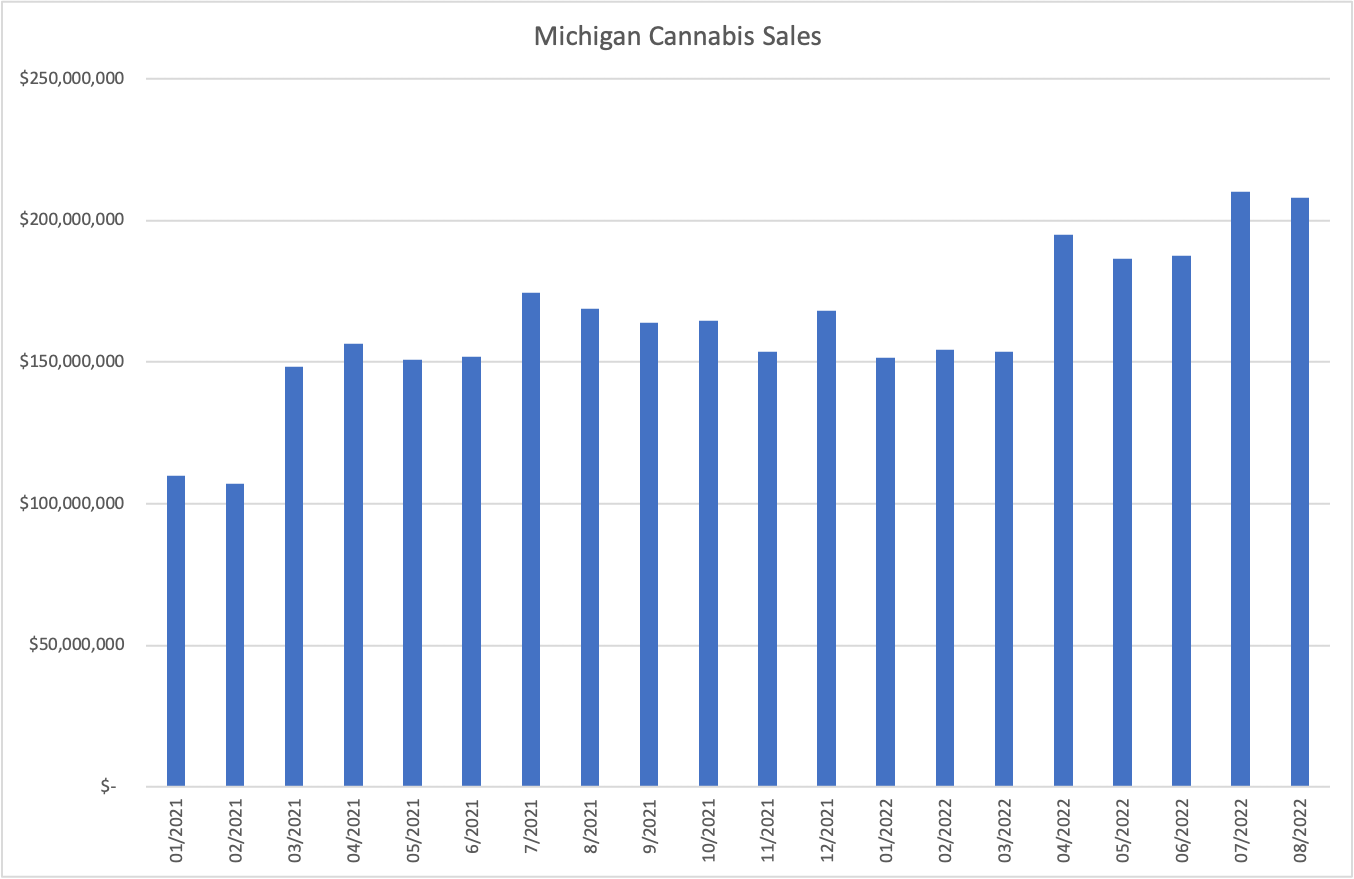 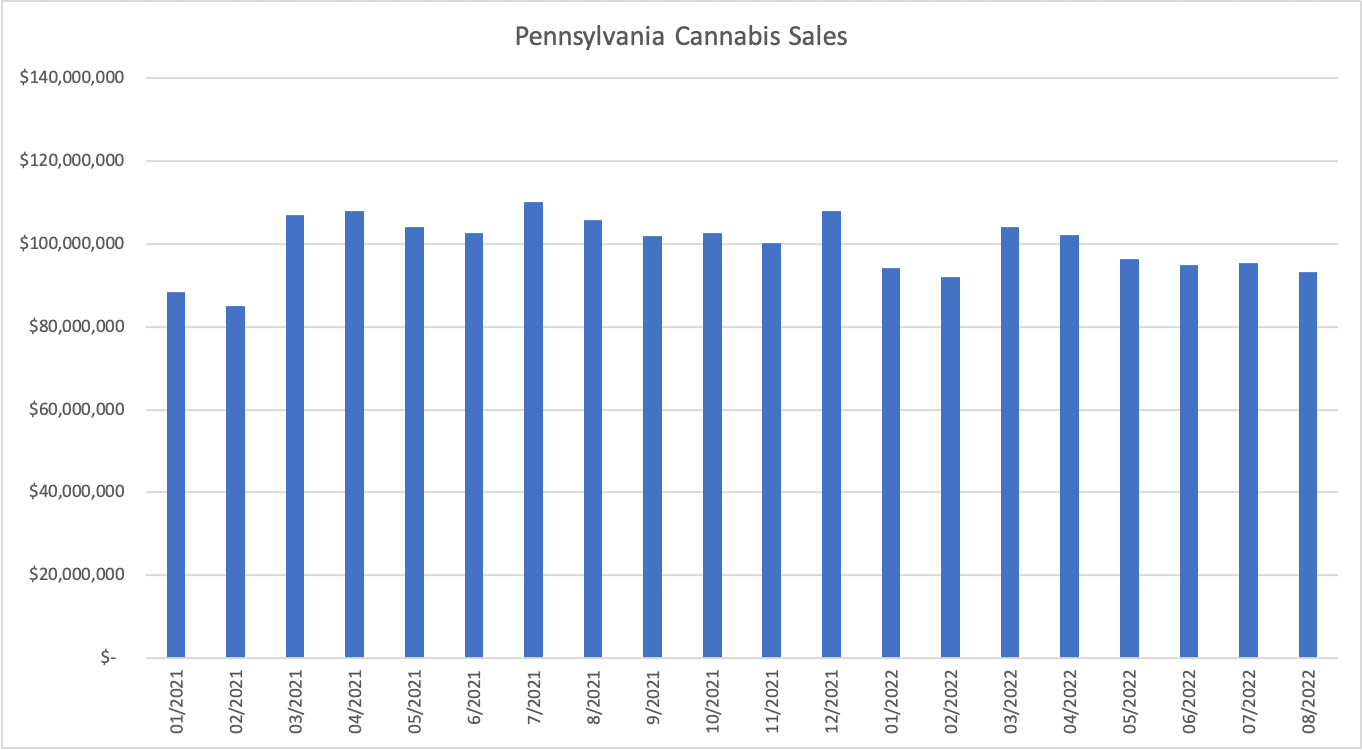 BDSA provides coverage for Arizona, California, Colorado, Nevada and Oregon. In August, year-over-year growth ranged from -27.2% in Nevada to -3.8% in California compared to a year ago. 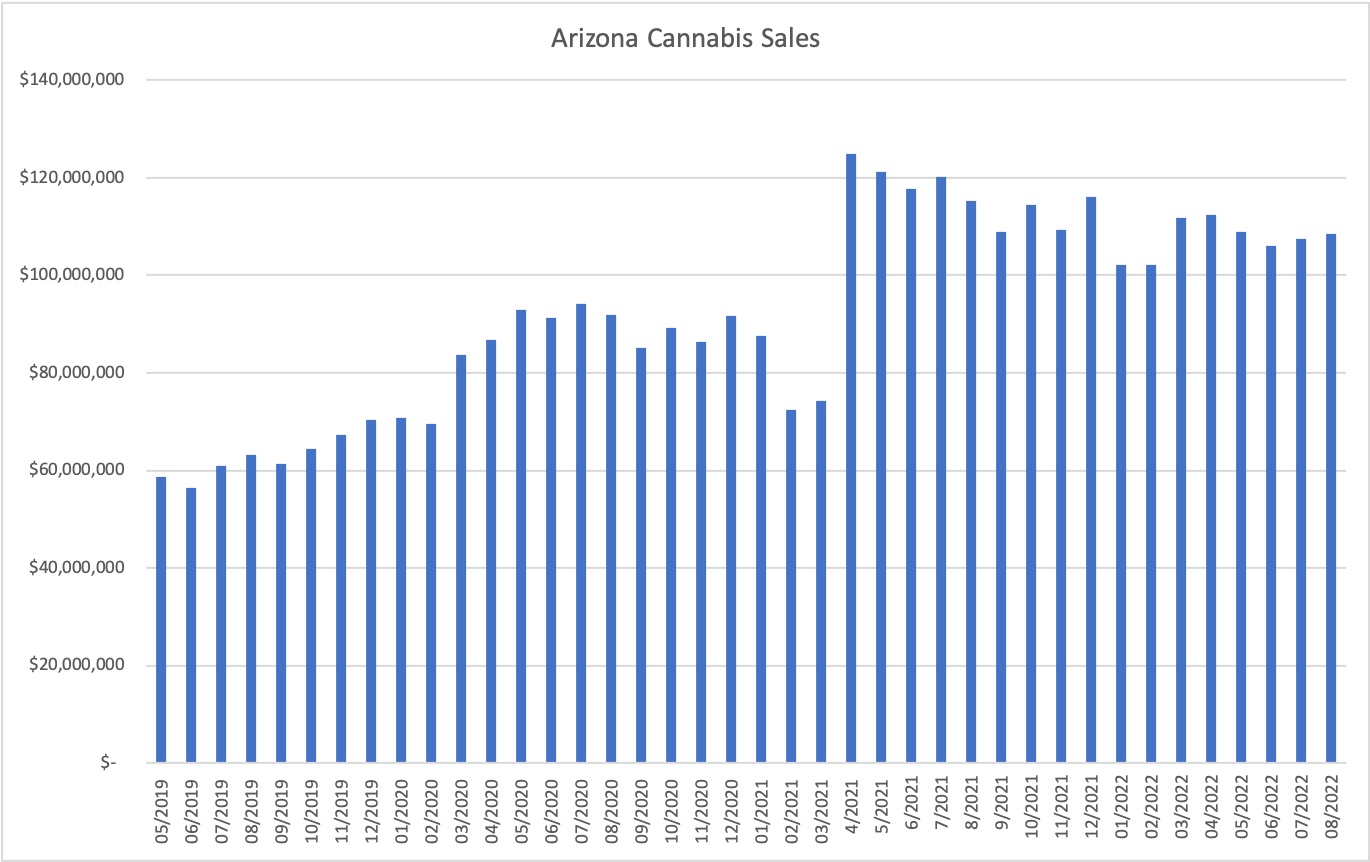 California sales increased 2.1% sequentially to $418.4 million and fell 3.8% compared to a year ago. Flower sales were down 13%, while pre-rolls grew 12%. Ingestibles gained 3% and concentrates fell 1% from a year ago during August. 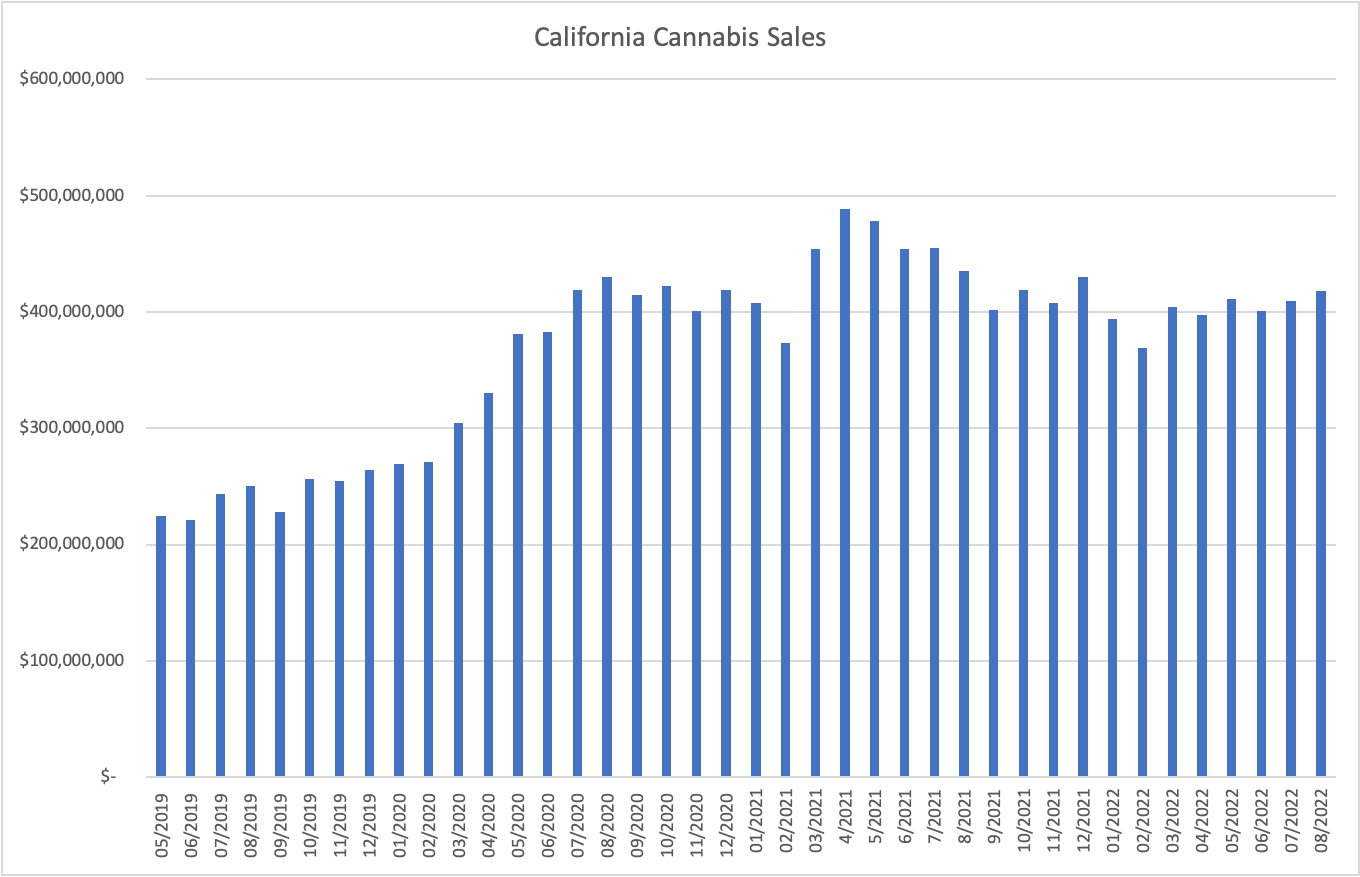 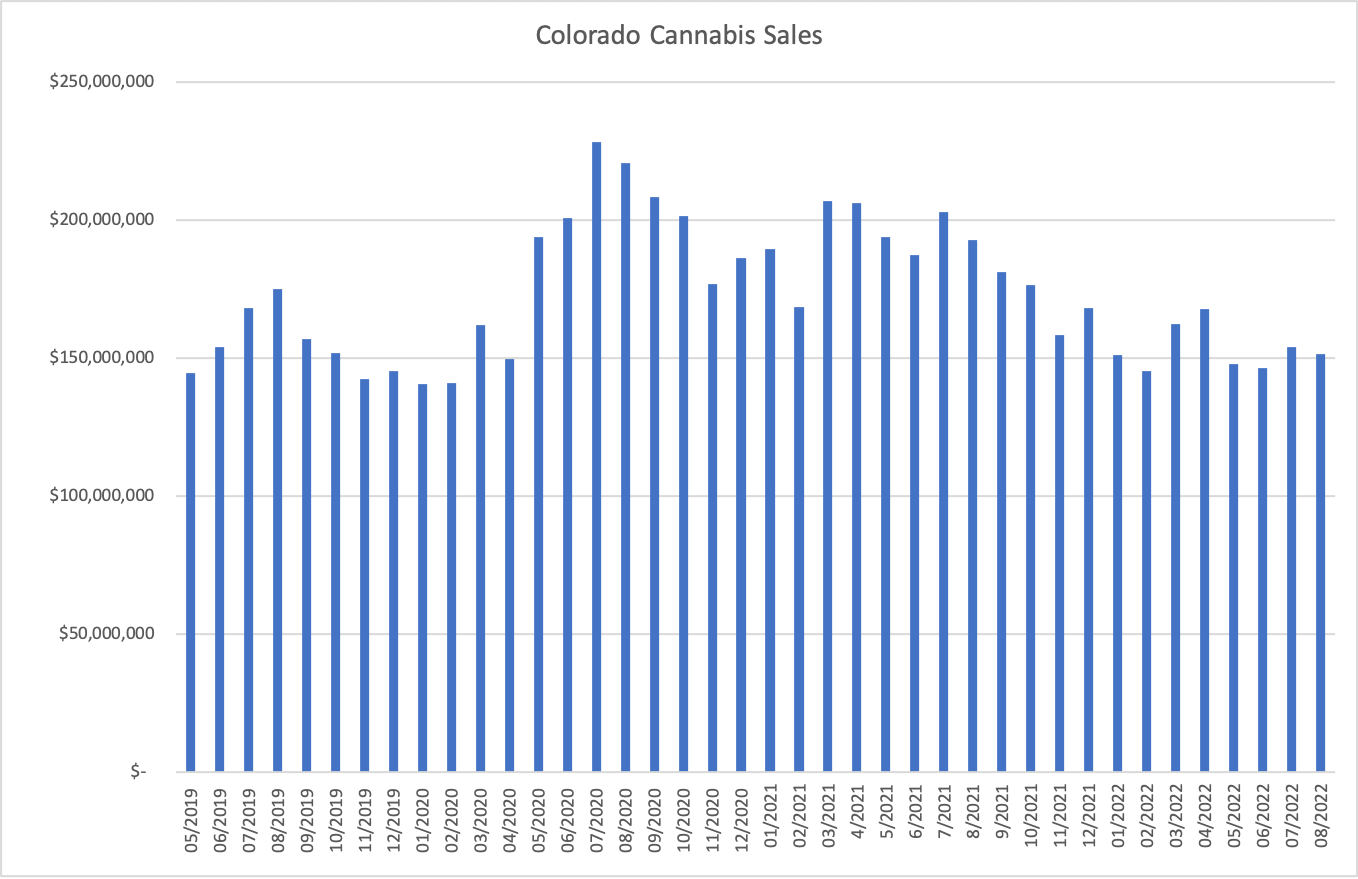 The total size of the Nevada market was adjusted to align with the taxable sales figures published by the State of Nevada’s Department of Taxation from August 2019 onward. Sales decreased 9.2% sequentially, falling 27.2% from a year ago to $64.4 million. Flower sales dropped 35% from a year ago. Concentrates fell 15%, while ingestibles decreased 24% and pre-rolls declined 19%. 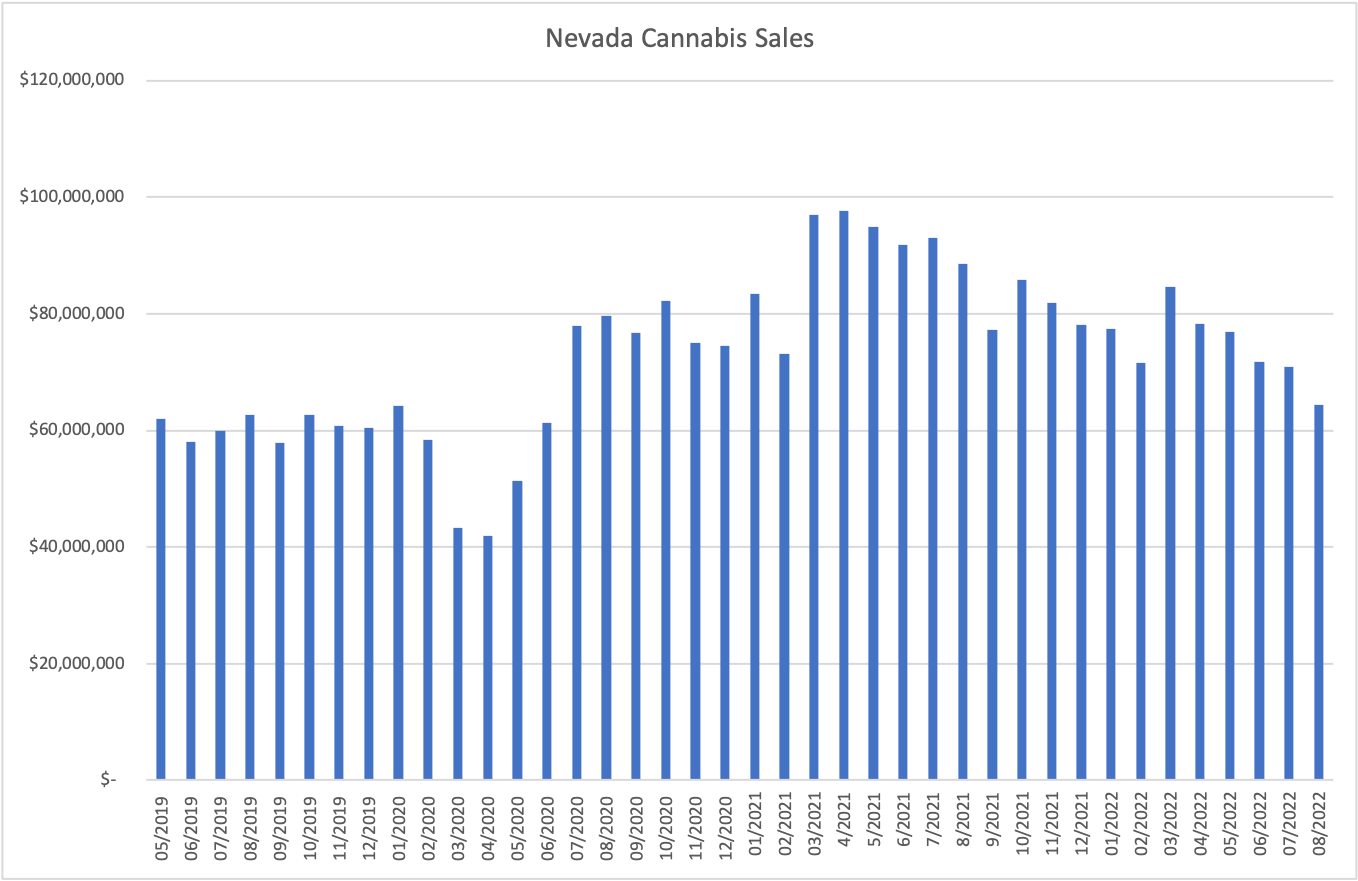 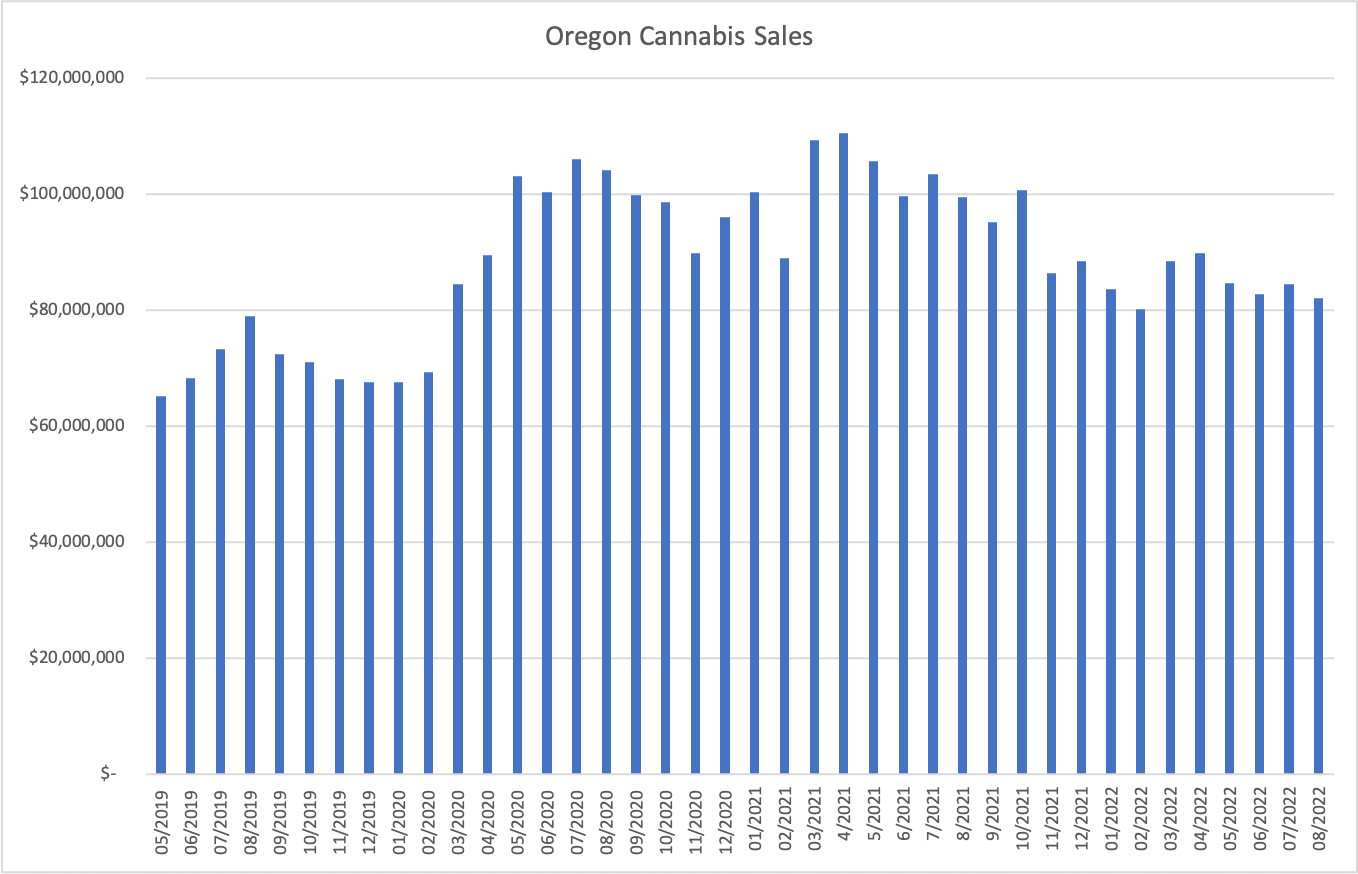