Tough year-over-year comparisons over the summer due to a spike of sales in 2020 have transitioned to more stable cannabis sales trends. During November, which has one less day than October, sales across markets covered by cannabis data analytics firm BDSA were down slightly from October on a per-day basis. Weak sales of flower compared to a year ago remained an underlying theme. In this review, we will look at the markets one-by-one, beginning with the more mature western markets and then concluding with the newer eastern markets.

BDSA provides coverage for Arizona, California, Colorado, Nevada and Oregon. In November, growth ranged from -11% in Nevada to 27% in Arizona compared to a year ago.

Arizona transitioned to adult-use in late January last year, but this is the eighth month that BDSA has included adult-use sales. Total cannabis sales grew 27% to $109.4 million, with adult-use representing $56.9 million. Medical cannabis sales fell 39% from a year ago to $52.5 million. Sequentially, overall growth decreased 4.2%, with medical falling 8% and adult-use unchanged. Growth was strong across most categories, but the highest growth by far was in pre-rolls, which gained 231%. Flower fell 1% from a year ago. 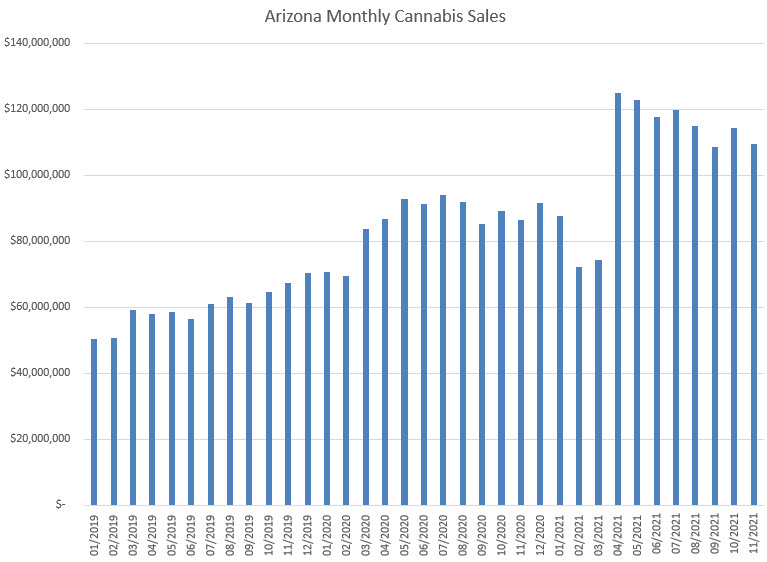 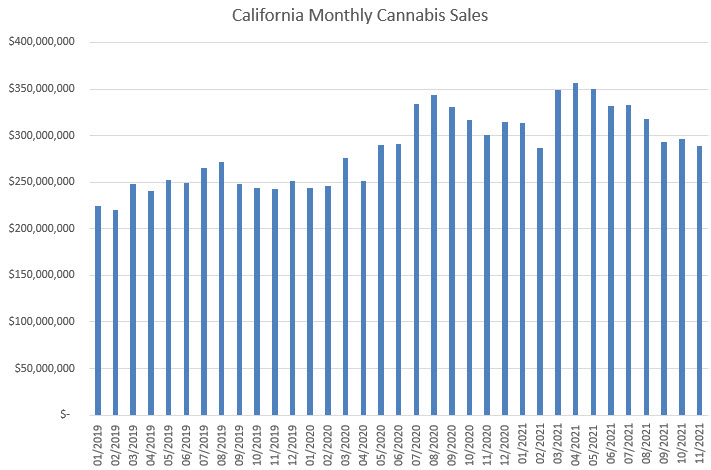 The annual decline improved from 13.9% in September and 9.6% in October to -1.7% in November as sales fell 4.9% sequentially to $173.3 million. Flower dropped 15% compared to a year ago, while ingestibles and concentrates both expanded by more than 6%. Pre-rolls gained 15%. 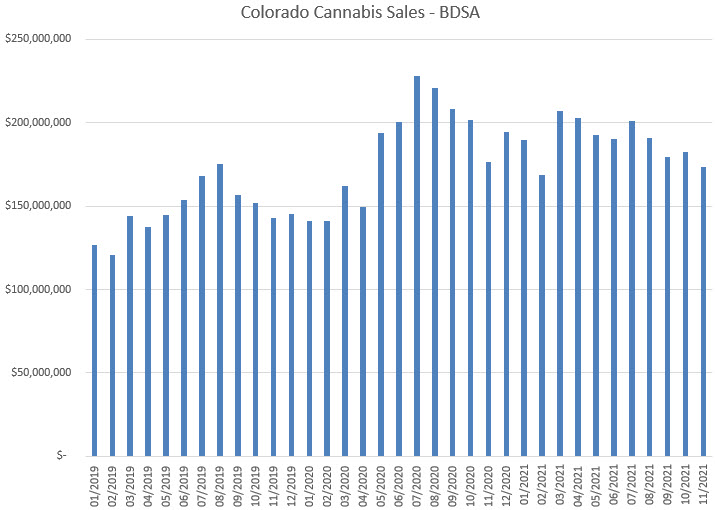 Nevada continues to struggle as the pandemic lingers. Sales fell 10.5% to $66.4 million, down 9.2% from October. Flower fell 23%, while pre-rolls and concentrates fell modestly. Ingestibles gained 8% from a year ago. 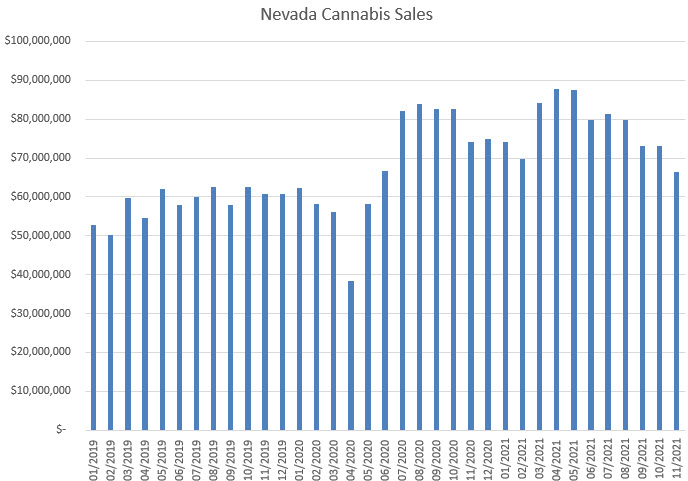 This was one of the stronger states in October, with four consecutive year-over-year declines shifting to a gain of 1.7%, but November sales fell 4.4% from a year ago and 14.2% sequentially to $86 million. Flower fell 14%, while concentrates rose 1%. Pre-rolls grew 13%, and ingestibles increased 7%. 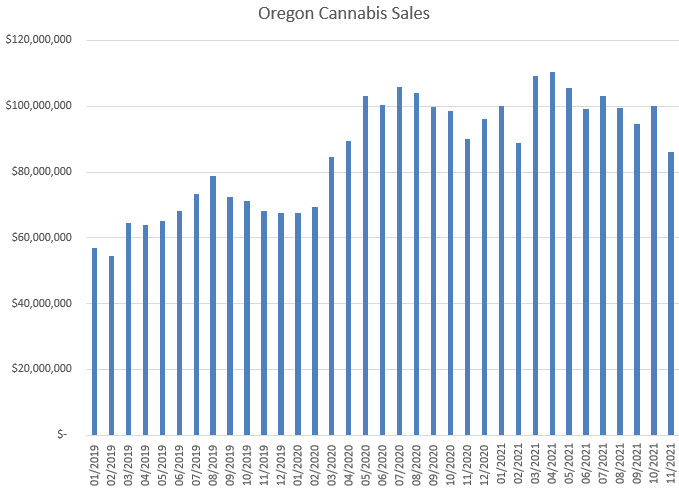 In the newer markets, the annual rate of growth picked up in all three markets for which BDSA provides data. Note that BDSA has begun providing data for Florida, Michigan and Pennsylvania as of January 2021. Florida sales fell 4.9% sequentially to $142.8 million, while Pennsylvania fell 2.5% from October to $100.2 million. Michigan, which we previously detailed, saw overall sales decrease 6.4% from October to $152.7 million, up 66% from a year ago. BDSA, which includes accessories, reported sales for November at $153.7 million, down 6.4% sequentially.

Illinois combined adult-use and medical sales fell 1.9% in November to $152.3 million, up 43.8% compared to a year ago. Flower grew 40%, while other categories grew 33-58%. Data released by the state suggested a surge to record sales of $173 million in December. 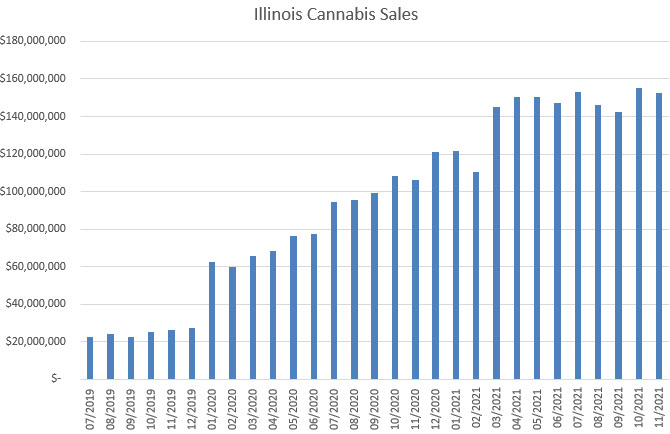 This market accelerated its growth for the second month, with annual growth picking up to 7.6% as sales fell 4.3% sequentially to $43.8 million. Flower rose 4%, while pre-rolls expanded 6%, concentrates grew 8%, and ingestibles increased 23%. 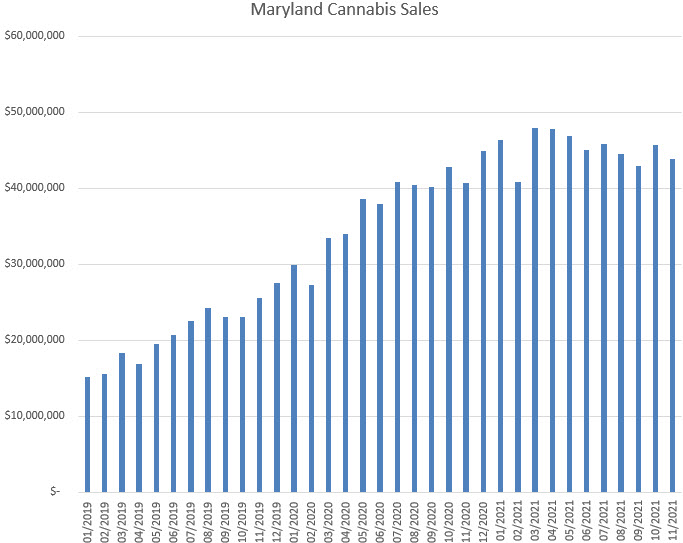 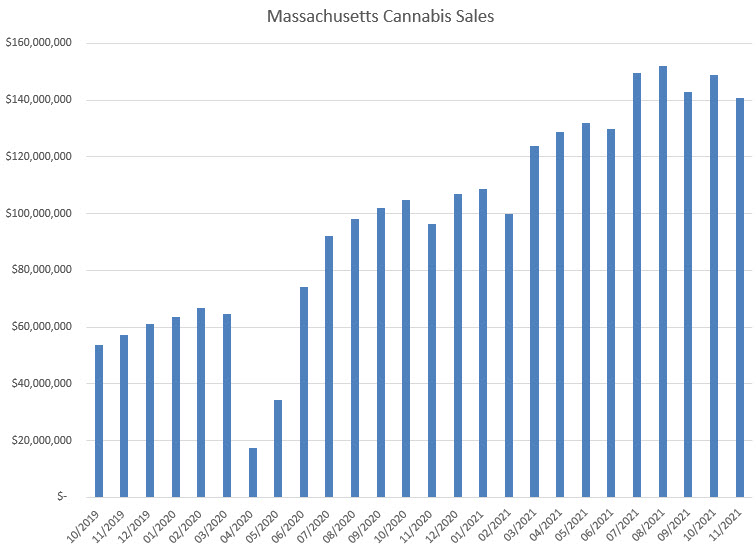