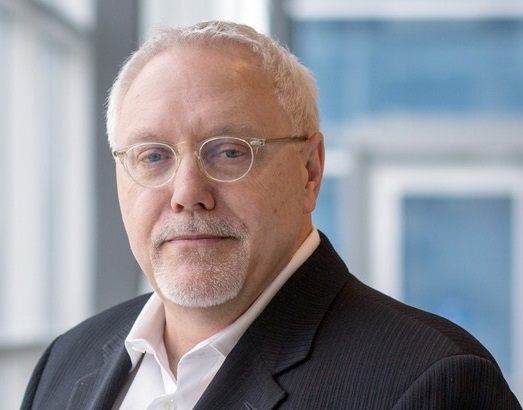 Cannabis technology company C15 Solutions is partnered with billion-dollar software company Veeva Systems (NYSE: VEEV) to provide an electronic quality management system (eQMS) focused solely on the global cannabis industry. Founder and CEO Scott Samuel spoke with New Cannabis Ventures about his company’s platform, integrations and plans for growth. The audio of the entire conversation is available at the end of this written summary.

Samuel has previously worked as an investment banker and a lawyer. His experience in the software business led him to launch C15 Solutions, which is based in Canada. He was serving in the C-suite of Skura Corp., which was eventually sold. During this time, he became familiar with Veeva in the big pharma sector. After the sale of Skura Corp., some of its executives joined Veeva. His connection to Veeva and his desire to launch a quality management system for cannabis led to C15 Solutions.

Samuel co-founded the company with Xin Guo, who also served as an executive at Skura Corp. Samuel focuses more on the revenue side of the business, while Chief Operating Officer Guo manages the reputational side. Other important members of the C15 Solutions leadership team include Vice President of Product Services Roy Gazdar, Vice President of Client Services Daryl Grayson and Vice President of Sales and Marketing Sean Samuel.

This year, the company also added Hazard Analysis Critical Control Points (HACCP) to its platform. C15 is likely the only company to have added this food safety plan for edibles and beverages to its eQMS, according to Samuel.

C15 regularly rolls out new features to further flesh out its platform, and many of those updates are developed based on customer feedback. For example, the company is gearing up to launch an annual product quality review feature and a quality index rank. Customers will be able to confidentially rank their SKUs against their peers to determine where they stand in terms of quality.

C15 has customers in five countries: the United States, Canada, Denmark, Colombia and Australia. Samuel expects that the company’s addressable market spans as many as 4,000 facilities. It is just beginning to build its global market penetration.

Right now, the United States is the company’s primary focus. With several large customers in the U.S., C15’s platform is at work in markets like California, Colorado, Michigan, Virginia, Illinois and New York.

The C15 team is keeping a close eye on other global markets, such as Israel, Mexico and Europe. Thus far it has focused on offering its eQMS system, but it could further expand its market search with other products.

C15 aims to be more of a partner than a vendor to its clients. The company serves some of the largest labs in the U.S. and Canada, large U.S. MSOs, cultivators, extraction facilities, manufacturers, edibles companies, brands and more. The company has built a strong reputation and encourages its prospective clients to ask for references from its customer base, according to Samuel.

Veeva is C15’s technology partner, but the company also takes a collaborative approach when it comes to working with other software companies. The company’s platform does not compete with ERP and seed-to-sale platforms. Rather, it serves as a complement to these solutions. C15 has a library of more than 300 APIs, working to integrate with other solutions across the cannabis industry.

The company does not charge for integrations, opting to stick to budget-predictable SaaS fees. C15 integrates with systems, such as Backbone, because its customers are often interested in having information flow freely between software solutions

While it can be difficult to discern true market share when many of its competitors are private, C15 does carefully track its position in the industry. For example, the company looks at the rate of evaluations it is able to win. Over the past 18 months, C15 has won approximately 70 percent of the orders it vies for, a testament to its platform, reputation and skills, according to Samuel.

As an ex-investment banker, Samuel has considered M&A as a path for growth. The company does not have anything on a target list right now, but the idea of pursuing acquisitions is on the table. As the company expands its relationship with integration partners, an M&A opportunity may arise. But, any potential deal would need to be a culture and technology fit.

In terms of organic growth, the company is on track to more than double its business. In addition to its eQMS, C15 has access to other solutions it can pull off of the shelf to further drive growth.

Overall, the COVID-19 pandemic has had a positive impact on cloud-based SaaS companies, according to Samuel. This year has highlighted the problems in manual compliance, which is competition for companies like C15.

While the overall impact has been positive, C15 did have to contend with deferred revenue at the onset of the pandemic. A number of potential customers in its pipeline needed to step back when their budgets were put on hold. That temporary delay seems to have come to an end, according to Samuel.

During the pandemic, the C15 team also learned that some of its customers were using its platform in unexpected ways. Customers were looking for ways to turn the platform into more of an enterprise solution. The C15 team saw a growing demand for capabilities it didn’t necessarily market to its target user communities. Customers also came to C15 with specific issues to solve, which the team welcomes. Many of its best practices have sprung from a good dialogue with customers, according to Samuel.

C15 has raised approximately C$2 million over the course of a couple of different fundraising rounds, according to Samuel. The company has a mix of investors, including a publicly listed small venture capital vehicle and high-net-worth individuals. It also received an investment from one of its customers. The company did not do a friends and family round. Additionally, C15 has one common share class, according to Samuel.

Samuel does expect the company to raise more money in the future, but the exact approach and timeline are not set. He has thought about the public approach but thinks it is still too early. Funding in the near-term is more likely to come from the private side, family offices and/or institutions. Samuel works to ensure the company’s and shareholders’ objectives remain aligned.

C15 is set to hit the breakeven point this year, achieving that in a little less than 24 months. The company has annual recurring revenue in the high millions, and it expects revenue to more than double next year. Building out the business development team is a main focus, as a larger team could help drive further growth. Additionally, the company is planning to open an office in the Midwestern U.S. in 2021.

While the company tracks high-level metrics like annual recurring revenue, it also drills down to the granular level, looking at metrics around its sales cycle. The sales cycle is slightly longer than the company anticipated, but the higher cost of customer acquisition (CAC) pays off when it comes to the customer lifetime value (CLV).  C15’s customer churn rate is extremely low.

Educating prospective customers about the value of a quality management system remains a hurdle. Not all customers understand what this kind of system does and how it fits into their budget. But, Samuel is confident in C15’s continued ability to grow and to solve the challenges facing its customers.

To learn more, visit the C15 Solutions website. Listen to the entire interview:

Flowhub Aims to Be the Square of Cannabis