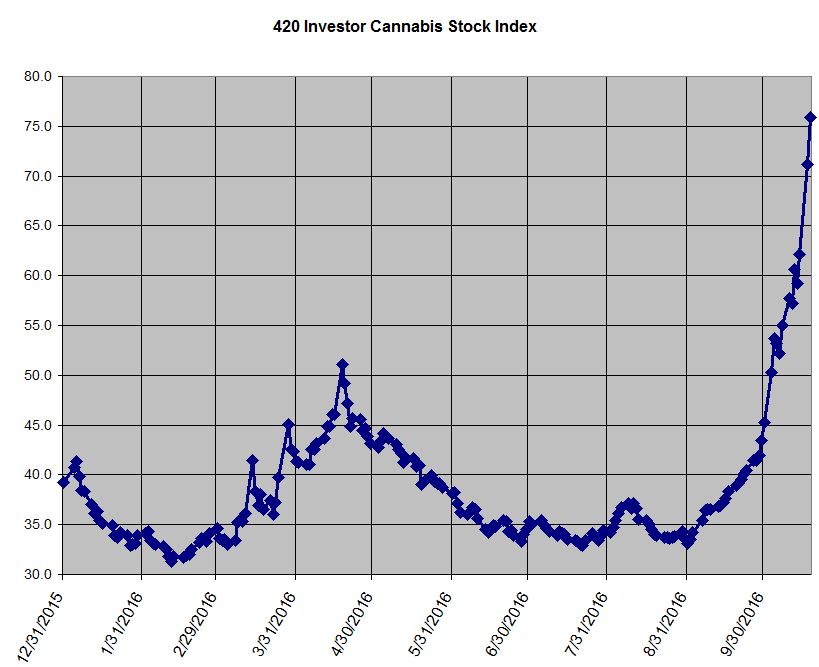 As I mentioned in the prior article, the large number of state legalization ballot initiatives is fueling investor interest that hasn’t been seen since 2014, when the index soared to an all-time high of 1010 before bottoming out near 30 earlier this year. I shared three trade ideas then, each of which blew through my objective:

In this market, almost all cannabis stocks are rising, so these gains were certainly not spectacular but just there for the taking for those who understood the election cycle. While we are still three weeks away from the elections, which are likely to be a sell-the-news event, it’s not too early in my opinion to be looking for the stocks that have rallied to unsustainable levels, as these could end up being the biggest losers when the inevitable correction hits.

There are many examples of stocks that have increased to levels that are absurd, but perhaps none exceeds the insanity of CannaGrow Holdings (OTC: CGRW), which has rallied from $0.43 at year-end to an multi-year closing high of $3.20 today, a YTD gain of 644%.  The stock ended September at $0.7397 and is up 333% so far in October: 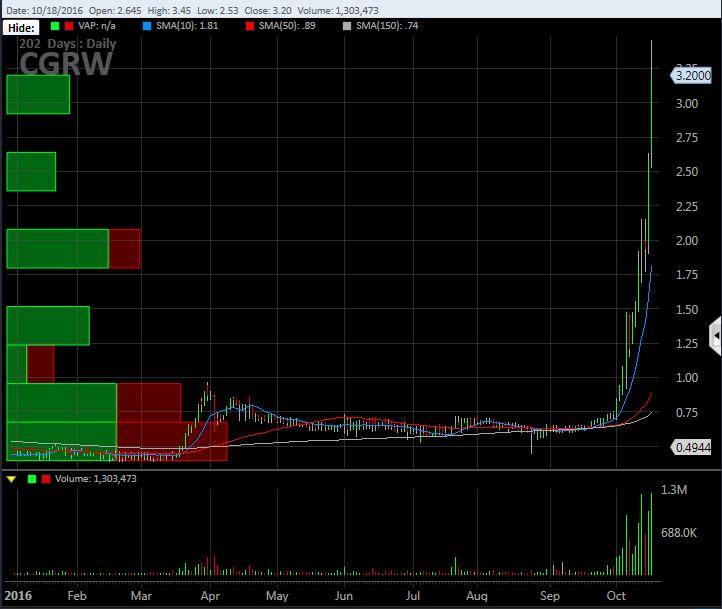 CGRW, which is headquartered in the Denver area, describes itself as “a Lessor, Liaison, and Consultant to licensed Growers providing them with turnkey Growing Facilities in the State of Colorado.” The company has partnered with the owner of a property in Huerfano County (the owner of the land and greenhouse facility built upon it), Nugro Industries, and a licensed cultivator, Category One Botanicals, with the named person on the license, Rod Clawson, a long-time associate of the CEO of CGRW, Delmar Janovec. The company doesn’t file with the SEC but rather posts disclosures to OTC Markets (a red flag).

I like to start with the balance sheet of a company when looking at the fundamentals, as it gives a sense of the assets and liabilities, both of which can be helpful in terms of assessing the valuation and the liquidity of the company. In this case, there is little in terms of assets, which are dwarfed by the liabilities. From the latest quarterly disclosure: 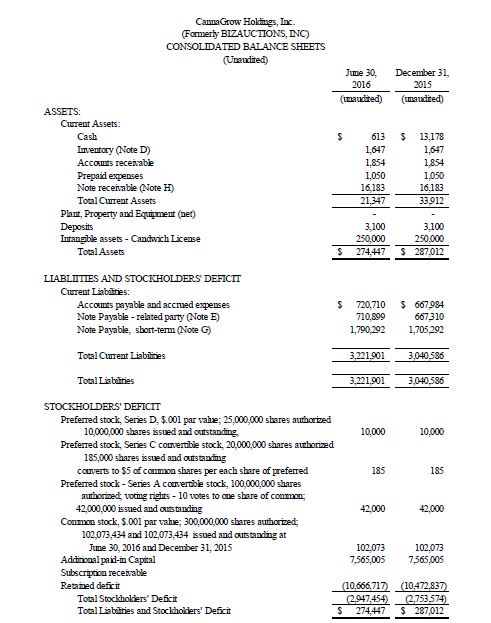 The balance sheet, which, by the way, is prepared by insider Brent Crouch, who owns a large amount of the company (33.333mm common shares, 21mm Series A Preferred and 5mm Series D Preferred), shows  cash of just $613 as of June 30th and total assets of just $274K.  The biggest asset is the Candwich License.  What’s a “Candwich”? It’s a sandwich in a can! 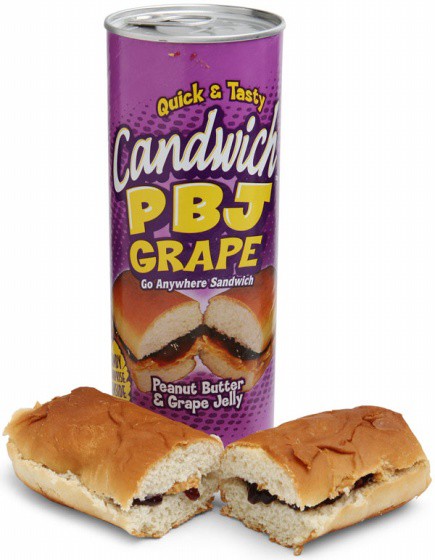 Great idea, huh? The company has been around for more than ten years, previously as BizAuctions, a failed business, but let’s get back to the balance sheet.  We have established that the company has few assets, and its main one, representing 91% of all assets, is questionable. The financial obligations far exceed the assets though, with $3.22mm due within a year. This results in negative equity and potential insolvency.

The sales year-to-date have been just $20K, so it looks to be nearly impossible to cover the millions of dollars in debt and financial obligations. To its credit, the company’s tenant only recently began operations, but here’s the issue: The company has never explained its financial model publicly. How much does it charge Category One Botanicals for its services?

There are many red flags with this company, and I could go on and on about the issues that the company faces, but let’s just jump to the conclusion. The company is valued at $1.7 billion! There are 102mm shares outstanding roughly as of 6/30/16.  Investors should consider all of the securities outstanding, and this includes several series of convertible preferred shares, including 42mm Series A (420mm shares on conversion), 185K Series C ($5 per share) and 10mm Series D ($2 divided by 50% of the average closing price 5 business days in advance of conversion or 8.7mm shares today). The fully diluted shares, then, are 531mm, which doesn’t incorporate a substantial amount of convertible debt. Additionally, at lower prices, the diluted shares go up. At $3.20, this amounts to $1.7 billion. A single facility, where the operator doesn’t own it or the plants in it but just acts as a leasing agent and a consultant, is not worth $1.7 billion. Even if they owned it all, the stock would be outrageously overvalued. Even if they sold 100% of all wholesale cannabis in Colorado, the stock would be overvalued.

Traders and investors in the cannabis market should understand the dynamics of the current market as being unsustainable. CGRW is a great example of a stock that has far exceeded its potential due to hype. The company, which has been around since 2006, is in financial shambles, and the 17000-1 reverse split from 2012 should serve as a warning to investors. The company has no assets and no sales, and it has no access to capital. In my view, the stock would be overvalued at $10mm, which by my calculation (excluding convertible debt) would equate to less than a penny after adjusting for the Series A Preferred and Series D Preferred.

Disclosure: I have no positions in any stock mentioned, though I include CVSI in one or more model portfolios at 420 Investor