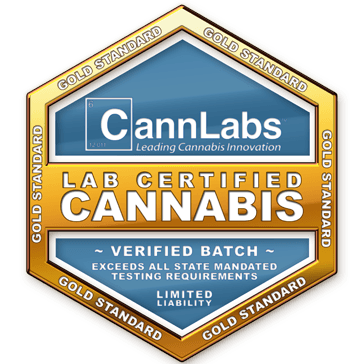 New Cannabis Ventures has just learned that Colorado cannabis testing lab leader CannLabs was issued an “Order to Show Cause, Notice of Hearing, and Notice of Duty to Answer” by Colorado’s Marijuana Enforcement Division (MED) in late August.

According to the document, MED first inspected CannLabs last September, returning in December and then February. The agency listed 77 allegations of fact and cited the company for 44 violations.  Lab Director Heather Despres, who is named in the order along with license holders Gen Murray and Steve Kilts, stated:

A subsequent visit from the Colorado Department of Public Health and Environment in February this year confirmed that the changes were made and resolved.

MED, though, stated that the matter is on-going but could not comment further. CannLabs, which is publicly-traded, hasn’t disclosed this information to shareholders.  Gen Murray, the founder who was ousted by the company in September and was President at the time, stated:

I suggested that the MED investigation be disclosed to the SEC.

The SEC provides guidance to publicly-traded companies regarding the disclosure of material information, suggesting that companies file a Form 8-K.  Specifically:

The MED order is certainly “of importance to security holders”, as the punishment can range from a fine to suspension or revocation of the license.  Given that the vast majority of the company’s revenues are tied to the lab, it is surprising that the company didn’t disclose this investigation.  CannLabs is also delinquent in its SEC filings, having failed to file its 10-Q for the quarter ending 6/30/15 that was due in mid-August.  CEO Mark Mirken hasn’t yet responded to our inquiry regarding the company’s failure to inform shareholders.

Download the MED Order by clicking the link below: