ALDERGROVE, BC, Feb. 20, 2018 /CNW/ – Canopy Growth Corporation (“Canopy Growth” or the “Company”) (TSX: WEED) is pleased to announce that it has received a cultivation licence for the first of its two sites operating under the BC Tweed Joint Venture Inc. (“BC Tweed”) banner.

The rapid licensing of the Aldergrove site, the largest federally licensed cannabis site anywhere in the world, continues a pattern of professional execution for the Company as it prepares to meet an unprecedented increase in demand in a few short months once legal adult-use markets commence. The initial licensing covers over 400,000 sq. ft. of growing space, allowing vegetative growth so that the mature plants can be spread into the full 1.3 million sq. ft. in the coming months for flowering and ultimate harvest.

Friday was the culmination of world class execution (and not much sleep) from the Company’s BC team with support from teams across the country, as in only a few short months the site was renovated with lighting, shade systems, security, and automated systems to meet the rigorous standards of both the ACMPR and Canopy Growth. Over the weekend, the site received the largest single shipment of cannabis clones in the Company’s history, with over 100,000 live cannabis clones flying high from the Tweed Smiths Falls Campus to their new home in British Columbia.

Our team has made monumental and often historic progress in the retail landscape of every Canadian province to have announced its system to date. We are the only producer in Canada who can make this claim and we will continue to leverage our production platform in order to solidify a truly national presence for our cannabis brands. 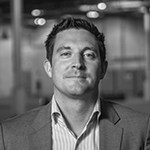 A cultivation license for our first BC Tweed site positions us to continue this trend as Canada’s, and indeed the world’s largest, most reliable and most diversified producer and seller of high quality regulated cannabis.

“As proud native British Columbians and long-time horticulture producers we are excited to continue the proud tradition of BC bud on a national scale,” said Victor Krahn, who runs operations for BC Tweed. “Working with Canopy Growth we’re going to take the Tweed brand to the next level on the West Coast and bring the best our province has to offer to the country and the world.”

With the Aldergrove, BC site now into the production stage, BC Tweed’s focus will turn to its second BC site, a 1.7 million sq. ft. greenhouse, with work already well under way. With this expansion, Canopy Growth is on track to have over 5.6 million sq. ft. of domestic growing space.

Management consulted IIROC and made the decision to halt trading of Canopy Growth common shares on the TSX on Friday, Feb 16th at approximately 4:20 pm ET when it learned that it had been issued the licence because it represented a material change in the Company’s production capacity.

Here’s to Future (Sun Grown BC Bud) Growth (from Your Friends at Tweed).

About Tweed
Tweed is a globally recognized cannabis production brand. It has built a large and loyal following by focusing on quality products and meaningful customer relationships. Tweed doesn’t just sell cannabis, it facilitates a conversation about a product we’ve all heard about but haven’t met intimately yet. It is approachable and friendly, yet reliable and trusted. As cannabis laws liberalize around the world, Tweed will expand its leading Canadian position around the globe. Learn more at www.tweed.com.

About BC Tweed Joint Venture
BC Tweed Joint Venture is a collaboration between Canopy Growth and an established, large-scale greenhouse grower to develop up to 3 million sq. ft. of high-end, automated greenhouse production space across two sites in beautiful British Columbia. Production is already underway to serve the growing demand for Canopy’s family of genetics.

About Canopy Growth Corporation
Canopy Growth is a world-leading diversified cannabis and hemp company, offering distinct brands and curated cannabis varieties in dried, oil and Softgel capsule forms. From product and process innovation to market execution, Canopy Growth is driven by a passion for leadership and a commitment to building a world-class cannabis company one product, site and country at a time.

Canopy Growth has established partnerships with leading sector names including cannabis icon Snoop Dogg, breeding legends DNA Genetics and Green House seeds, and Fortune 500 alcohol leader Constellation Brands, to name but a few. Canopy Growth operates seven cannabis production sites with over 665,000 square feet of production capacity, including over 500,000 square feet of GMP-certified production space. The Company has operations in seven countries across four continents. The Company is proudly dedicated to educating healthcare practitioners, conducting robust clinical research, and furthering the public’s understanding of cannabis, and through its partly owned subsidiary, Canopy Health Innovations, has devoted millions of dollars toward cutting edge, commercializable research and IP development. Through partly owned subsidiary Canopy Rivers Corporation, the Company is providing resources and investment to new market entrants and building a portfolio of stable investments in the sector. From our historic public listing to our continued international expansion, pride in advancing shareholder value through leadership is engrained in all we do at Canopy Growth. For more information visit www.canopygrowth.com