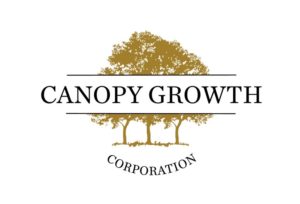 Cowen and Company, LLC and BMO Nesbitt Burns Inc. are acting as joint book-running managers and Eight Capital and Bryan, Garnier & Co. are acting as co-managers for this offering. Canopy Growth has been advised by Greenstar Canada Investment Limited Partnership, an affiliate of Constellation Brands, Inc., that it intends to participate in the offering. The remainder of the offering will be widely allocated to institutions, primarily in the United States, Europe, as well as Canada.

The notes will be offered and sold to qualified institutional buyers pursuant to Rule 144A under the Securities Act of 1933, as amended (the “Act”), and outside the United States to non-U.S. persons in compliance with Regulation S under the Act. The notes will be sold to accredited investors in Canada pursuant to an exemption from the prospectus requirements of Canadian securities laws.

Canopy Growth expects to use the net proceeds from the offering of the notes for supporting expansion initiatives and general corporate purposes, including working capital requirements.

The notes will mature on July 15, 2023, unless earlier converted, redeemed or repurchased in accordance with their terms prior to such date. Prior to January 15, 2023, the notes will be convertible at the option of holders only upon satisfaction of certain conditions and during certain periods, and thereafter, at any time until the close of business on the business day immediately preceding the maturity date. Upon conversion, the notes may be settled in cash, common shares of Canopy Growth or a combination of cash and common shares of Canopy Growth, at the election of Canopy Growth.

Canopy Growth may not redeem the notes prior to July 20, 2021, except in the event of certain changes in Canadian tax law. Canopy Growth may redeem for cash all or any portion of the notes, at its option, on or after July 20, 2021 if the last reported sale price of Canopy Growth’s common shares for at least 20 trading days (whether or not consecutive) during any 30 consecutive trading day period ending on the trading day immediately preceding the date on which Canopy Growth provides notice of redemption has been at least 130% of the conversion price then in effect on each such trading day. Redemptions of notes in either case shall be at a redemption price equal to 100% of the principal amount of the notes to be redeemed, plus accrued and unpaid interest to, but excluding, the redemption date.

If Canopy Growth undergoes a fundamental change, holders of the notes will have the right to require Canopy Growth to repurchase for cash all or a portion of their notes at 100% of their principal amount, plus any accrued and unpaid interest to, but excluding, the fundamental change repurchase date. Canopy Growth will also be required, in certain circumstances, to increase the conversion rate for a holder who elects to convert its notes in connection with certain corporate events or during the related redemption period.

The notes and any common shares of Canopy Growth issuable upon conversion of the notes have not been registered under the Act or any state securities laws, or qualified for distribution by prospectus in Canada, and may not be offered or sold in the United States absent registration or an applicable exemption from such registration requirements, or sold in Canada absent an exemption from the prospectus requirements of Canadian securities laws.

Canopy Growth has established partnerships with leading sector names including cannabis icon Snoop Dogg, breeding legends DNA Genetics and Green House seeds, and Fortune 500 alcohol leader Constellation Brands, to name but a few. Canopy Growth operates ten cannabis production sites with over 2.4 million square feet of production capacity, including over 500,000 square feet of GMP-certified production space. The Company has operations in eight countries across five continents. The Company is proudly dedicated to educating healthcare practitioners, conducting robust clinical research, and furthering the public’s understanding of cannabis, and through its partly owned subsidiary, Canopy Health Innovations, has devoted millions of dollars toward cutting edge, commercializable research and IP development. Through partly owned subsidiary Canopy Rivers Corporation, the Company is providing resources and investment to new market entrants and building a portfolio of stable investments in the sector. From our historic public listing to our continued international expansion, pride in advancing shareholder value through leadership is engrained in all we do at Canopy Growth. For more information visit www.canopygrowth.com

How to Play the Rebound in the Growing Canadian Cannabis Market