SMITHS FALLS, ON, Jan. 14, 2019 /PRNewswire/ – Canopy Growth Corporation (“Canopy Growth” or the “Company”) (TSX: WEED) (NYSE: CGC) has been granted a licence by New York State to process and produce hemp. Thanks to the work of key state and federal government officials from the State of New York, Canopy Growth is proud to outline its commitment to invest in New York in order to establish a Hemp Industrial Park. Governor Andrew M. Cuomo’s leadership at the state level led to the creation of the Hemp Research Pilot Program, a standout in the nation. U.S. Senator Charles E. Schumer was instrumental in the passage of the Farm Bill, a transformative piece of legislation that gave Canopy Growth the federal guidance it needed to make a significant investment in New York.

Canopy Growth will establish within the Hemp Industrial Park large-scale production capabilities focused on hemp extraction and product manufacturing within the United States. 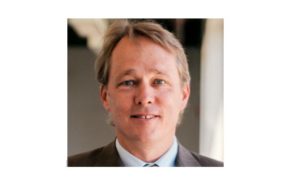 Canopy Growth was founded to drive innovation within the cannabis and hemp industries. In New York we see an opportunity to create products that improve people’s lives. In the process, we will create jobs in an exciting, highly profitable new industry. I applaud the political leadership at the federal and state level that has allowed today’s announcement to become reality.

Depending on Board approval of a specific site, Canopy Growth intends to invest between $100 million USD and $150 million USD in its New York operations, capable of producing tons of hemp extract on an annual basis. The project is another example of the strategic advantage Canopy Growth has earned with the recently-closed $4 billion USD strategic investment made by Constellation Brands, a New York-based beverage alcohol leader and Fortune 500 company.

Canopy Growth’s $100-$150 million investment in the Southern Tier is a true win-win – for Canopy Growth, who will be positioned at the forefront of Upstate New York’s industrial hemp revolution, and for the Southern Tier’s economy and farmers, which will receive a major shot in the arm in new good-paying jobs. 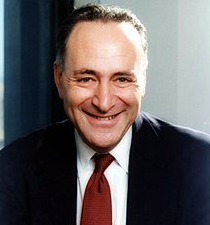 I fought so hard to strip the burdensome federal regulations from industrial hemp in our Industrial Hemp Farming Act of 2018, which was recently included in the Farm Bill, because I knew how much it could mean to the Southern Tier, and this investment proves it. I’m so pleased that Canopy Growth is joining my efforts to make the Southern Tier the Silicon Valley of industrial hemp production and research and will keep pushing to see industrial hemp become a true cash crop in the region.

Based on its expertise in hemp-derived cannabinoid extraction and processing, Canopy Growth has been granted a licence by New York State to process hemp for various applications. Canopy Growth is a large-scale extractor with specific experience producing standardized medical products. Its production processes have achieved GMP certification, the global standard for pharmaceutical production, at its Canadian headquarters in Smiths Falls, Ontario.

The Company is in the process of evaluating a number of sites in the Southern Tier of New York, which will become one of its first extraction and processing facilities outside Canada. The Company intends to announce the specific location within 100 days. Canopy Growth will be the anchor business in the broader Hemp Industrial Park where third parties can join an innovative hemp ecosystem focused on every potential application of the hemp crop, from fiber, to seed, to cannabinoids. Canopy Growth’s operations alone will contribute to significant employment in the region, with the objective of anchoring a broader hemp ecosystem, maximizing long term economic benefits for the region and its communities.

Canopy Growth will source hemp exclusively from American farmers for its American operations once up and running. The Company believes that the Farm Bill has the power to create a thriving new industry with American farmers as the backbone. Canopy Growth can add value by focusing on its areas of expertise, including extracting, processing and formulating cannabinoid-based consumer products and medicines.

With the recent passage of the Farm Bill and support of the State of New York, management is confident in a path to market hemp-based cannabinoid products in America.

Last week Canopy Growth publicly outlined its hemp advantage. The Company has an unmatched combination of hemp-specific IP, cash reserves, and technical expertise required to succeed in this industry.

Canopy Growth is a world-leading diversified cannabis and hemp company, offering distinct brands and curated cannabis varieties in dried, oil and Softgel capsule forms. Canopy Growth offers the world’s only medically approved vaporizers through the Company’s subsidiary, Storz & Bickel GMbH & Co. KG. From product and process innovation to market execution, Canopy Growth is driven by a passion for leadership and a commitment to building a world-class cannabis company one product, site and country at a time. The Company has operations in 15 countries across five continents. The Company is proudly dedicated to educating healthcare practitioners, conducting robust clinical research, and furthering the public’s understanding of cannabis, and through its wholly owned subsidiary, Canopy Health Innovations (“Canopy Health”), has devoted millions of dollars toward cutting edge, commercializable research and IP development. Canopy Growth works with the Beckley Foundation and has launched Beckley Canopy Therapeutics to research and develop clinically validated cannabis-based medicines, with a strong focus on intellectual property protection. Canopy Growth acquired assets of leading hemp research company, ebbu, Inc. (“ebbu”). Intellectual Property (“IP”) and R&D advancements achieved by ebbu’s team apply directly to Canopy Growth’s hemp and THC-rich cannabis genetic breeding program and its cannabis-infused beverage capabilities. Through partly owned subsidiary Canopy Rivers Corporation, the Company is providing resources and investment to new market entrants and building a portfolio of stable investments in the sector. From our historic public listing on the Toronto Stock Exchange and New York Stock Exchange to our continued international expansion, pride in advancing shareholder value through leadership is engrained in all we do at Canopy Growth. Canopy Growth has established partnerships with leading sector names including cannabis icon Snoop Dogg, breeding legends DNA Genetics and Green House seeds, Battelle, the world’s largest nonprofit research and development organization, and Fortune 500 alcohol leader Constellation Brands, to name but a few. Canopy Growth operates ten licensed cannabis production sites with over 4.3 million square feet of production capacity, including over 500,000 square feet of GMP certified production space. The Company operates Tweed retail stores in Newfoundland and Manitoba and has entered into supply agreements with every Canadian province and territory. For more information visit www.canopygrowth.com.