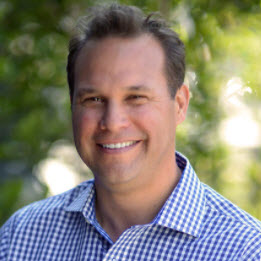 Kadenwood Brands has two sides to its business: consumer brands and bioscience. Through the recent acquisition of EcoGen Laboratories, the company has become vertically integrated. Co-Founder and CEO Erick Dickens spoke with New Cannabis Ventures about developing the company’s brands, the importance of vertical integration and funding. The audio of the entire conversation is available at the end of this written summary.

Dickens had a career in the Army, flying Blackhawk helicopters and reconnaissance planes, before shifting tracks and entering the consumer goods space. He has worked with companies like Kraft Foods, Henkel and LifeLock. Most recently, he was the Chief Marketing Officer for King’s Hawaiian.

While coaching Little League, he started to have a conversation about the CBD space. Eventually, he and fellow co-founders Brian Newberry and Doug Weekes formed Kadenwood Brands. Chief Strategy Officer Newberry has a background in financial technology and the hemp industry. Chief Operating Officer Weekes previously headed up the beverages division at Kraft, actually hiring Dickens out of the military.

Executive Chairman Todd Davis was the Co-Founder and CEO LifeLock. He guided the company through its IPO and its $2.3 billion sale to Symantec.

While some other companies in the space have decided against vertical integration, Dickens sees it as an advantage due to quality control and cost of business. Right now, CBD prices are high compared to other consumer products, but Dickens sees consumer and retailer demand driving that price down over time. When that happens, he expects companies that rely on third-party suppliers will struggle to compete with those that are vertically integrated.

The company has a national reach with its consumer products. On the bioscience side of its business, it uses the product it’s producing in its own goods and sells to customers in the U.S. Europe and South America.

Right now, the company is focused on opportunities primarily in the U.S. Its consumer goods products have a direct-to-consumer presence, but the company is working on growing its retail distribution. It has products in grocery retailers, including Food Lion, Giant, Hannaford and some other grocery retailers in the Northeast. Kadenwood Brands has plans to expand to other national retailers this year and into 2021, according to Dickens.

The company was not heavily focused on national retail when the COVID-19 pandemic began. Many brands that were in retail outlets struggled, as consumer buying patterns shifted, according to Dickens. Now, that trend is shifting.

Kadenwood Brands has seen an uptick in its direct-to-consumer business, but in the early days of the pandemic supply chain disruptions presented a challenge, which the company has since overcome.

The Purity brand has a number of different varieties. Purity Organic is largely reserved for food and beverage items, while Purity Preferred focuses on the pet market segment and Purity Self addresses personal care.

Kadenwood Brands also helps its brands stand out in the competitive CBD space through advertising. The company has more than 50 percent of the voice in the CBD industry through its advertising efforts, according to Dickens. It also has plans to announce a significant media deal with a major network in the near future.

The company is encouraged by signs from regulatory bodies, according to Dickens. Kadenwood Brands has direct conversations with regulators to ensure it can help offer support in policy decisions and be prepared for any regulatory changes.

Kadenwood Brands initially sought to raise $10 million through its Series A, led by Executive Chairman Todd Davis. The company ultimately oversubscribed the raise at $15 million. It also did a Series AA targeting $7 million. This round was oversubscribed at just under $10 million. The company now has the ability to raise the limit on its Series AA to $15 million, according to Dickens. This will help to support the growth of the EcoGen asset and the building out of inventory and retail operations.

Of the capital the company has raised thus far, it has deployed roughly $18 million, according to Dickens. This has primarily gone to consumer advertising, building out the company’s team and investment in new product SKUs.

The company is now gearing up for its Series B. Though some companies are interested in working with SPACs, Dickens does not see this route for Kadenwood Brands. Rather, he sees the company working with institutions. Thus far, it has attracted high-net-worth individuals and family offices. A few institutions participated in the Series AA round as well.

When raising its Series A round, the company forecasted $30 million in revenue for 2020. Kadenwood Brands made some adjustments to manage challenges, such as price compression on the bioscience side of its business, and it will slightly over-deliver on its revenue expectations for the year, according to Dickens.

In 2021, Dickens expects the bioscience side of the business to remain  relatively flat, while retail expansion and new customers attracted by national advertising will be major growth drivers.

Product repeat is one of the company’s key metrics. A significant indicator of a successful company is the ability to generate repeat customers, and Kadenwood Brands has a repeat rate of nearly 40 percent, according to Dickens. The company is also focused on delivering contribution margins to generate cash and continue investing in the business.

Like many companies, Kadenwood Brands is challenged with scaling to match the growth opportunity in the industry. The company is focused on developing the infrastructure it needs for product manufacturing consistency on the biosciences side and expansion on the consumer products side.

To learn more, visit the Kadenwood Brands website. Listen to the entire interview:

Debt for Equity Swaps Can Create an Opportunity for Cannabis Investors