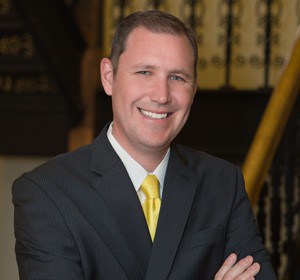 Guest Post – CBD:  Is There a Chill in the Air (Marketplace)?*

Cannabidiol (CBD), which is one of many non-psychoactive substances contained in the plant species, Cannabis sativa L, has received a great deal of attention in recent months. CBD has entered the marketplace in many places and in many forms. Is it legal? Is it scheduled?

Many botanical hemp extractors market and sell CBD in all 50 states. The legality and/or the wisdom of these practices are the subject of great debate in the cannabis industry, which encompasses both industrial/botanical hemp and the ganja/marijuana dispensary regulatory systems.

Fundamentally, CBD is not specifically defined under the Federal Controlled Substances Act (the “CSA”); it simply has not been expressly addressed under federal law. However, the DEA has taken the position that CBD is a Schedule I Controlled Substance as defined under the CSA. Without an express provision under the CSA, it is questionable whether the DEA has any sort of authority to take this position. But more importantly, in the case of Hemp Indus. Ass’n v. DEA, 333 F.3d 1082 (9th Cir. 2003), the DEA attempted to initiate rules and interpretations concerning certain cannabinoid constituents of marijuana that were not expressly set forth under the CSA or the DEA’s own regulations (at the time), and the Ninth Circuit Federal Court of Appeals struck down its efforts, stating that: “[t]he petition requesting that we declare the rule to be invalid and unenforceable is GRANTED.” Hemp Indus. Ass’n v. DEA, 333 F.3d 1082 (9th Cir. 2003). In short, an agency – such as the DEA – is not permitted to change a legislative rule retroactively through the process of disingenuous interpretation of the rule to mean something other than its original meaning.

In May, 2015, the FDA posted an online forum labeled Marijuana: Questions and Answers (this was later updated/amended in July, 2015). See http://www.fda.gov/NewsEvents/PublicHealthFocus/ucm421168.htm.

Interestingly, this Q&A came at a time when our law firm had been able to secure a large scale national retailer for placement/sales of CBD products nationwide; this put a pause on this effort. Nonetheless, in this forum, the FDA addressed three “questions” that dealt with CBD. Importantly, the FDA addressed the following:

• Can products that contain cannabidiol be sold as dietary supplements?

Then, on February 9, 2016, the FDA sent a number of warning letters out to companies with dietary supplement products containing CBD oil. In all of these letters, the FDA took issue with disease claims made by the companies for the products, which is no surprise. However, of more novel interest, is that in all but two of these letters, the FDA identified CBD Oil as a non-permissible dietary ingredient due to its previous investigation as New Drug in one or more New Drug Applications The FDA has not previously issued warning letters taking issue with CBD Oil as a dietary ingredient, although this is consistent with the FDA’s previous guidance issued as described above.

Furthermore, this is consistent with many individual states, which have acted under their respective laws to prohibit CBD sales and/or enforce against such producers or sellers (e.g., state-based CSA provisions, unique criminal code provisions addressing cannabis constituents, or state-based medical marijuana laws or restrictive CBD-only laws). State law compliance is an issue too-often overlooked by many CBD producers/sellers, as the primary focus tends to be federal law. States have taken concerted measures to interrupt the CBD marketplace.

Moreover, there has been an increase of activity concerning imported hemp material with the U.S. Customs and Border Patrol (“CBP”). We dealt with a spike in hemp import seizures beginning in August, 2015, which has led to a number of administrative actions related thereto. Many of these seizures by the CBP were unannounced and, interestingly, no records of the confiscation could be found. These seizures mostly resulted in returning the product to its international sender and/or a finger-pointing scenario where CBP and the private carriers or customs agents would/could provide no information about the shipment’s whereabouts.

Then, the seizures by CBP began to follow a normal, adopted procedure-based pattern of confiscation, where the recipient was notified by the CBP of the seizure. At first, CBP took the position that the import was an illegal dietary supplement and attempted to have the FDA exercise jurisdiction accordingly. But the FDA did not appear to take on this added responsibility and the seized shipments were able to be released.

Thus, without any assistance from other agencies, the CBP acted on its own, and issued its first CBD policy statement in November, 2015, which states: “[i]f the product contains tetrahydrocannabinols (THC) and causes THC to enter the human body, it is an illegal substance and may not be imported into the U.S.” See https://help.cbp.gov/app/answers/detail/a_id/1751/~/importing-hemp-products-into-the-u.s. Ironically, this CBP policy cites the DEA’s October, 2001 policy related to industrial hemp, which was rendered void by the above-mentioned Hemp Indus. Ass’n case law. Before this November, 2015 transition in policy, CBP’s former position (in practice) was that hemp and/or CBD products containing less than .3% THC were permissible in accordance with relevant case law. CBP has taken this position despite the fact that naturally occurring cannabinoids are not unlawful under the CSA. See Hemp Indus. Ass’n. v. DEA, 357 F.3d 1012 (9th Cir. 2004).

What does all of this mean?

None of this is surprising. And it should not be taken lightly. In fact, the best conservative practices would dictate a pause in sales and production until the issue is resolved. But the cannabis industry has always proceeded in the face of risk and adversity. That said, what does this mean for the CBD industry?

But more importantly, the FDA duly notes that, “[t]here is an exception if the substance was ‘marketed as’ a dietary supplement or as a conventional food before the new drug investigations were authorized,” and further invites, “[i]nterested parties [to] present the agency with any evidence that they think has bearing on this issue.” See http://www.fda.gov/NewsEvents/PublicHealthFocus/ucm421168.htm.

This begs the question of whether CBD was marketed as a dietary supplement prior to the subject IND application. And it is important to note that following the above-referenced Q&A, the CBD industry provided substantial evidence and information indicating that CBD was, in fact, marketed and sold as a dietary supplement for many years prior to the IND application at issue. Sarah Syed, director of marketing at CV Sciences, one of the larger CBD companies in the industry stated that, “[i]t is our opinion, which is broadly shared by the marketplace, that CBD has been marketed as a dietary supplement prior to commencement and public notice of any substantial clinical investigations instituted on CBD…thereby rendering the IND preclusion inapplicable.” See https://www.newcannabisventures.com/cv-sciences-responds-to-fda-warnings-issued-to-8-marketers-of-cbd/. Importantly, a number of other dietary supplement ingredients have similarly been subject to the same scrutiny and yet continue to be sold as dietary supplements –red yeast rice, trans-resveratrol, P5P, NAC and DHEA. Id.

Thus, as a practical matter, this announcement by the FDA is premature; is part of a larger discussion; has failed to identify the date of the particular IND (and its applicants); and, there is no information to suggest that the IND clinical investigations applicable here preempt the ability to market, sale, and produce CBD as a dietary supplement at all. In short, while an important guidance document, the Q&A posting and corresponding position noted in the February 9th letters, does not have the effect of a final determination on this issue.

More importantly, the FDA has made no determination or assertion that CBD products are illegal or in any way run afoul of the Controlled Substances Act (CSA). As was established by the Ninth Circuit in 2004, the sale, production and distribution of CBD oils/products derived from imported raw material industrial hemp, such as those produced and sold are not in violation of the CSA. See Hemp Indus. Ass’n. v. DEA, 357 F.3d 1012 (9th Cir. 2004). In fact, this case stands for the proposition that naturally occurring cannabinoids are not unlawful under the CSA.

Last, under the FDA guidelines, there are a variety of categories in which a product can be placed/registered. This current FDA position addresses the category of “dietary supplements” only. It does not appear that the FDA has taken a position as to the sale or marketing of CBD products as a constituent of hemp, a food product, cosmetic product, other FDA classification, or the like.

Why is this happening?

Fundamentally, this is a very broad attack on the CBD industry. The FDA, FTC, CBP, and the DEA have all contributed to this “chill” in the marketplace. It is surely intentional. But what is the purpose? Is it the stigma associated with “marijuana?” Is it a fundamental lack of understanding concerning the difference between hemp and marijuana? It is probably a combination of these factors.

Regardless of the reason, it would appear that this is a concerted effort to chill the CBD marketplace on all fronts. The perhaps-legitimate confusion and concern expressed by these federal and state agencies about CBD can largely be cured by an act of Congress. And the solution is the Industrial Hemp Farming Act of 2015, which amends the CSA to exclude industrial hemp from the definition of “marihuana.” See https://www.congress.gov/bill/114th-congress/senate-bill/134. Further, it defines “industrial hemp” to mean the plant Cannabis sativa L. and any part of such plant, whether growing or not, with a delta-nine tetrahydrocannabinol concentration of not more than 0.3 percent on a dry weight basis.

Maybe these agencies simply want Congress to act? The industry certainly does. And the Industrial Hemp Farming Act of 2015 is the one size fits all answer to many of these questions.

In the meantime, these issues are complex and present a measurable amount of risk. It is strongly advised that you should consult with an attorney prior to marketing or distributing such products to ensure compliance with all applicable laws (including, but not limited to, FDA, FTC, CSA, and applicable state laws).

* The information presented is not legal advice, and is not to be acted on as such.  It is intended for informational purposes only.

Bob is recognized as one of the leading commercial cannabis practitioners nationwide; representing private and publicly-held clients in numerous states and abroad. He has litigated nearly every aspect of Colorado’s Marijuana Code and has closed well-over 200 marijuana-related business transactions. Commercial marijuana and industrial hemp-based business operations, related litigation and regulatory representation are a specialty.

Furthermore, Bob is devoted to impacting law at its source; he has drafted more than 30 bills for the Colorado General Assembly in policy areas relating to eminent domain, land use, hemp/marijuana and transportation policy.

Bob is a professor at the University of Denver, in the Law and Society Program, and regularly instructs regarding government regulations, public policy advocacy, and various research-based policy courses. He has completed a number of hours toward his PhD at the University of Colorado Graduate School of Public Affairs. Bob is a regular presenter/lecturer at legal, policy and academic conferences around the country.