The American Cannabis Operator Index fell for the third straight month after having scored five straight monthly gains, declining 2.3% to 77.86: 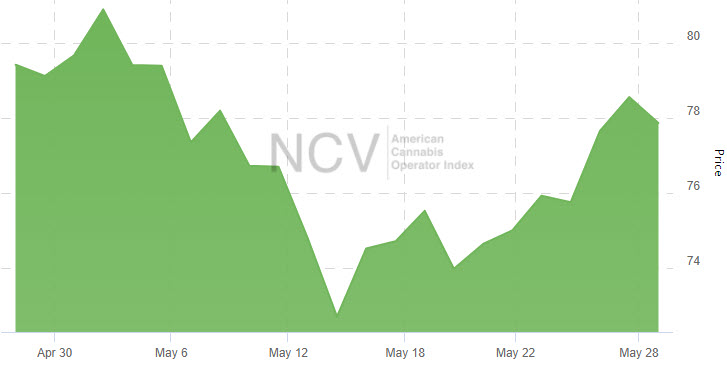 During May, the index included 29 companies, including 25 multi-state operators (MSOs) and 4 focused solely on CBD extracted from industrial hemp. 5 companies posted double-digit returns, while 11 declined by more than 10% during the month: 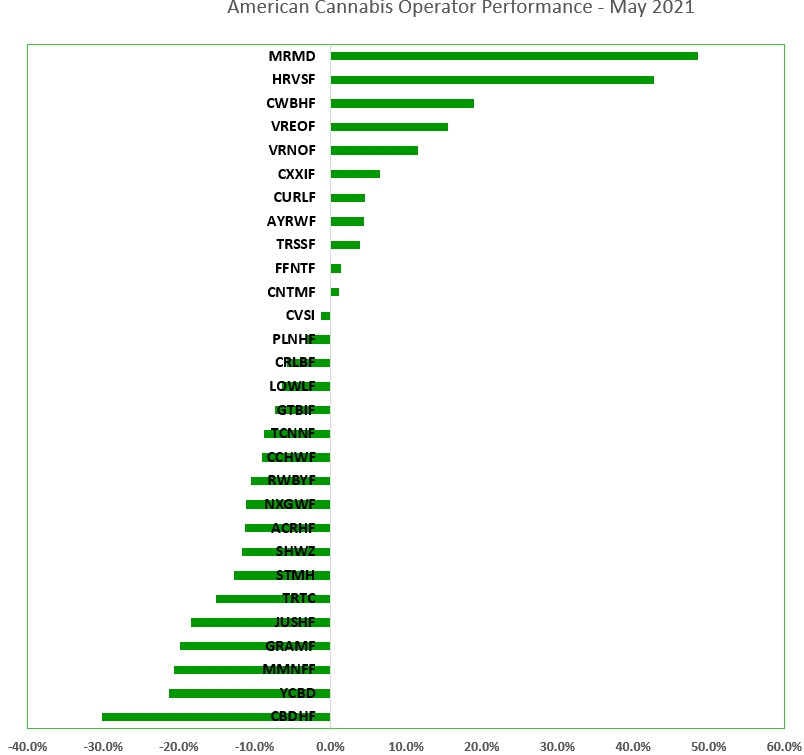 The four worst performing stocks during the month included HempFusion (CSE: CBD.U) (OTC: CBDHF), the worst stock in April as well, cbdMD (NYSE American: YCBD), MedMen (CSE: MMEN) (OTC: MMNFF) and The Parent Company (NEO: GRAM.U) (OTC: GRAMF). HempFusion has lost 30% since its IPO earlier this year. cbdMD has gained 3% year-to-date, while MedMen is up 117%. The Parent Company has declined 39%.

For June, the index will include 30 stocks, with Terra Tech (OTC: TRTC) removed after no longer meeting the minimum price required for inclusion as of May 26th. Joining the index for the first time will be Gage Growth (CSE: GAGE) (OTC: GAEGF), while Chalice Farms (CSE: CHAL) (OTC: GLDFF), formerly Golden Leaf Holdings, returns following its reverse split.