A current marketing campaign by start-up media publisher Civilized strikes us as remarkably irresponsible. The company, which recently raised $1mm in a Series A round, appears to be violating Canadian and U.S. laws by peddling black market cannabis from illegal online stores. 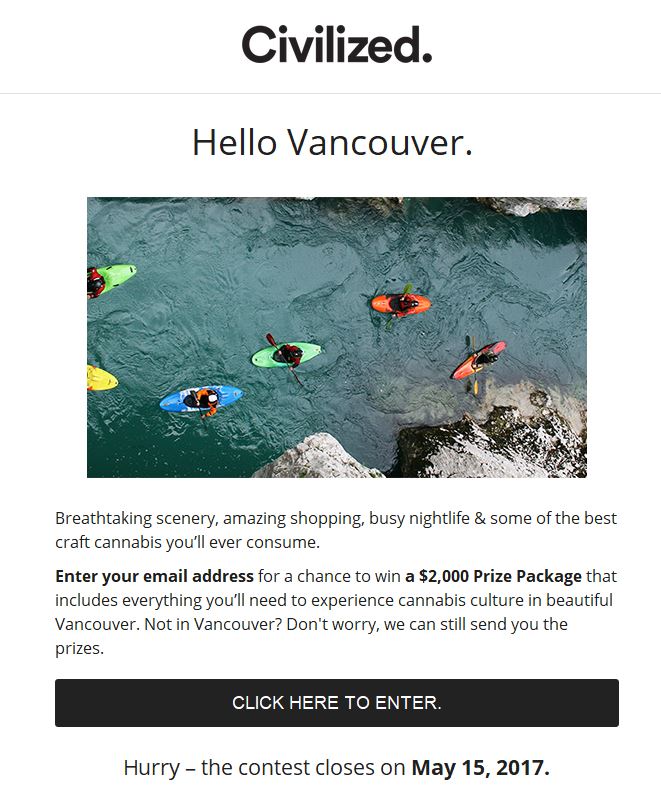 The $2000 giveaway, detailed on a landing page, includes several different items, most of which are not objectionable, including a PAX Vaporizer from Greenleaf Medical Clinic, a 420 Cherry Quartet from Magic-Flight, a $250 gift card to Ignite Smoke Shop, a $250 gift card from Medtainer, and 2 passes to the Cannafest Music Festival, sponsored by Invictus MD Strategies (TSXV: IMH) (OTC: IVITF). Controversial dispensary Weeds, which is run by Don Briere and operates 17 stores across Canada illegally, is giving away a set of accessories. Two sponsors, though, are clearly inappropriate: WeedDaddy and Crop King Seeds. 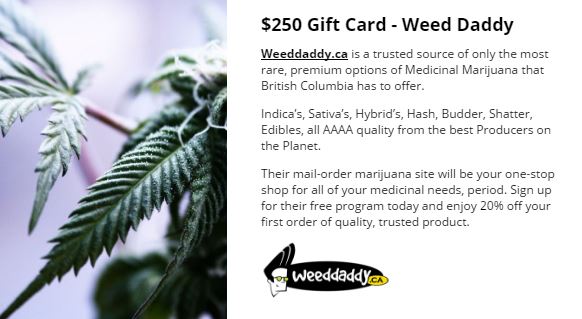 WeedDaddy is an illegal mail order site, and the card can be used to purchase “mail-order marijuana” (at a 20% discount too!). Crop King Seeds, which sells seeds, is in violation of Canadian and international laws. The company is also a banner ad sponsor on the Civilized site, magnifying the risk the company is taking. 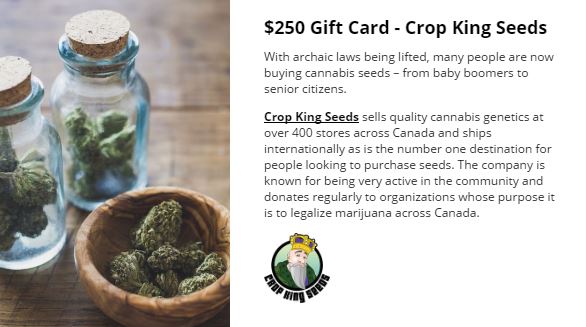 It shows poor judgment to be supporting the black market as Civilized has done, but it is also likely in violation of Canadian advertising rules. Health Canada has made its position very clear regarding advertising, and LPs are highly restricted.  In 2015, the government threatened to prosecute illegal dispensary owners for advertising, but there has been no follow-through to date.

What is most surprising is that the prizes are available to U.S. citizens! The terms and conditions: 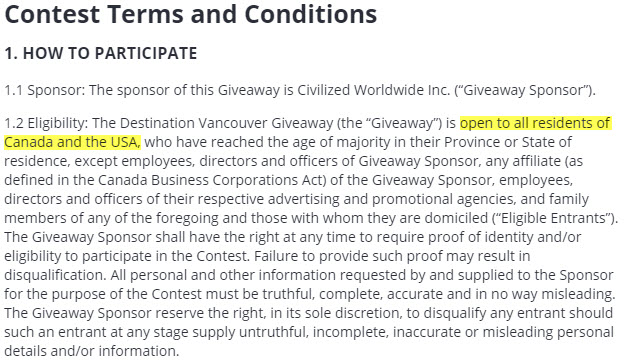 The landing page for the giveaway, where you can trade your email address for a chance to win, includes the logo of not only Civilized  but also Invictus MD Strategies, which has been a frequent sponsor of paid content on the Civilized site. It’s not clear that the company is responsible for the entire campaign along with Civilized, but Invictus, as the owner of LP Acreage Pharms and investor in LP A B Labs, is taking a risk in promoting this giveaway.

This Civilized promotion is ill-conceived. The company appears to be not only violating Canadian and U.S. laws but also promoting the black market. It took what could have been a great idea by just including the accessories and botched it. Media companies, like Civilized, have a responsibility to understand the laws under which they and the industries they cover operate. In this case, Civilized looks like it was asleep at the wheel.

Editor’s note: Subsequent to the publication of this article, Civilized ended the contest on May 13th, ahead of the original May 15th closing date.