Almost five years ago, a few months after GW Pharma (NASDAQ: GWPH) conducted its NASDAQ IPO, CNN shared a documentary narrated by its Chief Medical Correspondent, Dr. Sanjay Gupta, “Weed”, which grabbed global headlines, along with his editorial ‘Why I changed my mind on weed’. Previously Dr. Gupta had been opposed to medical cannabis, suggesting that it had no value. He apologized for not having researched the topic better, explaining that his year of work on the documentary had opened his eyes after traveling around the world to interview growers, patients and experts.

Since Weed, which focused on the potential of CBD to treat seizures in children with rare forms of epilepsy, debuted in August 2013, CNN and Gupta have released two additional episodes, neither of which attracted quite the same attention. ‘Weed 2: Cannabis Madness’, which debuted in March 2014, looked at the politics involved U.S. federal laws. ‘Weed 3: The Marijuana Revolution’, which debuted on April 19, 2015, included conversations with President Obama, Dr. Sue Sisley and Rick Doblin and explored the stories of patients with conditions like PTSD and chronic pain. 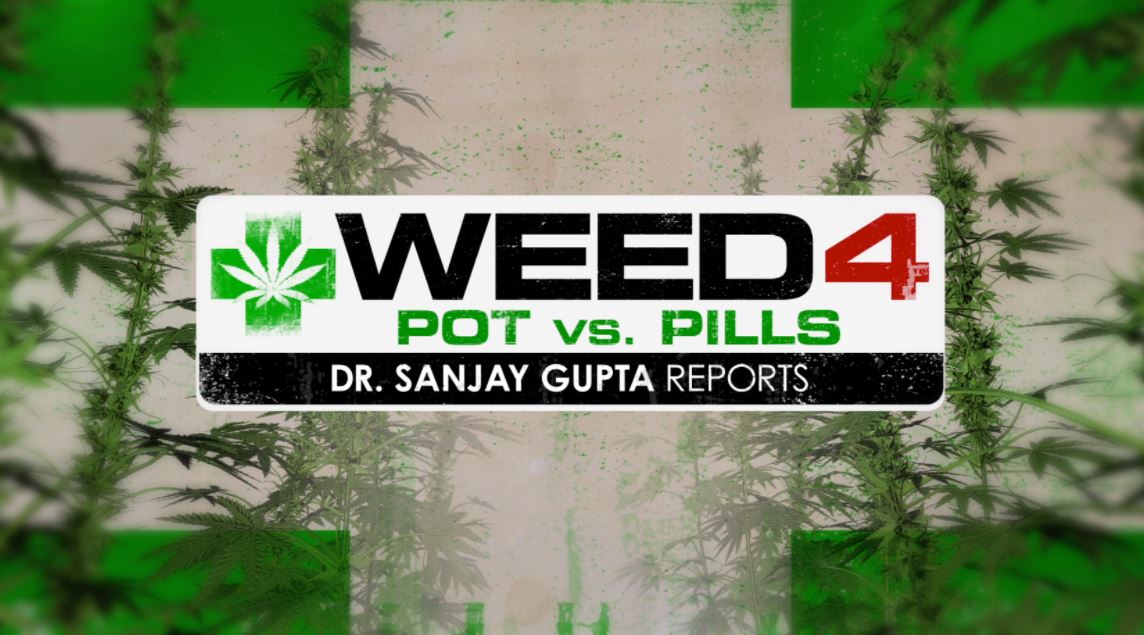 After a three-year hiatus, Gupta returns with ‘Weed 4: Pot vs. Pills’, which will debut on Sunday April 29th. CNN released a special report this week detailing this episode, which will address the timely topic of opioid addiction and the potential for cannabis to help address it. The documentary includes an exclusive interview with NFL running back Mike James who suffered an injury in 2013 and became addicted to opioids subsequently.  “Today, James is making history as the first player to file for a therapeutic use exemption for cannabis with the NFL.” Gupta also interviews experts in the fields of pain management and addiction research.

The timing of Gupta’s documentary is exceptional, especially as GW Pharma moved closer to getting its Epidiolex approved by the FDA as the first cannabis-derived pharmaceutical, receiving a unanimous decision from the thirteen-member panel at the Peripheral and Central Nervous System Drugs Advisory Committee, which met on April 19th to consider the safety and efficacy of the CBD-based product and pass along its conclusions to the FDA, which is expected to complete its review by late June. Many in federal government appear to be realizing the tremendous roadblocks to necessary research imposed by the Controlled Substances Act, and streamlining cannabis research is one of the regulatory aspects contemplated by the bill Senator Cory Gardner intends to introduce along with bipartisan sponsors including Sens. Elizabeth Warren, Rand Paul and Michael Bennet, according to The Cannabist.

Cannabis as a pharmaceutical is likely to be significant driver of investment over the next few years, fueled by public awareness and reduced barriers to research. Investors who watched the original Weed episode and decided to buy GW Pharma have surely reaped huge returns as the stock moved from $10.45 to the most recent close of $132.43 : 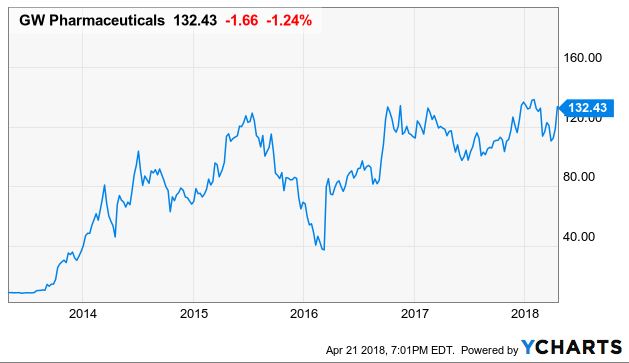