All financial figures in Canadian Dollars ($) unless otherwise noted.

The PharmaCielo team has made substantial progress over the past 10 months. With 200,000 CBD-dominant plants currently being harvested and processed, 45,000 THC-dominant plants under cultivation, 15 million square feet² of available cultivation capacity and an expanding base of medical clinics across the country, we believe PharmaCielo is the dominant player in Colombia’s rapidly growing cannabis sector. 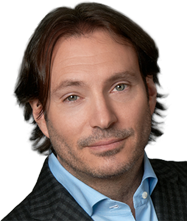 “The closing of the Offering substantially advances the Company’s current business plan. It enables PharmaCielo to expand its active cultivation footprint and complete the construction and commercial commissioning of its downstream processing facility, with a target of beginning the commercial sale of cannabis oil extracts in the first half of 2019. The Company is also in active negotiations to enter additional prospective markets and with a sustainable, low-cost, scalable cultivation and production model, PharmaCielo has the capacity to grow rapidly and generate significant value for shareholders.”

The Offering was conducted in connection with the previously announced proposed business combination between AAJ Capital 1 Corp. (“AAJ”) and PharmaCielo (the “Proposed Transaction”), that is intended to constitute AAJ’s “Qualifying Transaction” pursuant Policy 2.4 of the TSX Venture Exchange (“TSXV”). In connection with the Proposed Transaction, AAJ’s name will be changed to “PharmaCielo Corporation” ( thereafter referred to as the “Resulting Issuer”), subject to regulatory and board approval.

The Offering was conducted pursuant to an agency agreement (the “Agency Agreement”) dated June 22, 2018 among PharmaCielo, AAJ and the Co-Lead Agents. Each Subscription Receipt entitles the holder thereof to receive, upon satisfaction of the Escrow Release Conditions (as defined below) on or before the Escrow Release Deadline (as defined below), and without payment of additional consideration, one common share in the capital of PharmaCielo (each, a “PharmaCielo Share”). Each PharmaCielo Share shall be exchanged, without further consideration, for one common share in the capital of the Resulting Issuer (each, a “Resulting Issuer Share”) upon the completion of the Proposed Transaction.

The gross proceeds of the Offering, net of: (i) the Co-Lead Agents’ reasonable costs and expenses at the time of closing of the First Tranche and the Second Tranche and (ii) 50% of the Co-Lead Agents’ cash compensation (consisting of commission and corporate finance fees) (the “Escrowed Funds”), are being held in escrow pursuant to the terms of a subscription receipt agreement (the “Subscription Receipt Agreement”) dated June 22, 2018 between PharmaCielo, AAJ, the Co-Lead Agents and TSX Trust Company, as registrar and subscription receipt agent for the Subscription Receipts and as escrow agent for the Escrowed Funds. Upon satisfaction or waiver of the escrow release conditions (the “Escrow Release Conditions”) including, among other things, the satisfaction or waiver of all conditions precedent to the completion of the Proposed Transaction, each Subscription Receipt will automatically convert without any further action on the part of the holder into a Resulting Issuer Share, and the Escrowed Funds, together with any interest earned thereon, will be released to the Resulting Issuer (and the Co-Lead Agents in respect of the remaining cash compensation, corporate finance fees, and expenses) in accordance with the terms set out in the Subscription Receipt Agreement. The Co-Lead Agents were also issued compensation options in connection with services provided to the Company relating to the Offering. Additional details of the Offering are available in the previous joint press release of AAJ and PharmaCielo dated April 23, 2018, available on AAJ’s profile in SEDAR at www.sedar.com.

In the event that the Escrow Release Conditions are not satisfied or are incapable of being satisfied on or before September 30, 2018 (the “Escrow Release Deadline”), or such later date as may be established in accordance with the Agency Agreement, the Escrowed Funds, as well as any accrued interest earned thereon (less any applicable withholding taxes), will be returned to purchasers of the Subscription Receipts, and outstanding Subscription Receipts will then be cancelled.

Upon completion of the Proposed Transaction and satisfaction or waiver of the Escrow Release Conditions, PharmaCielo expects to use the net proceeds of the Offering to construct facilities necessary for the production and processing of medicinal cannabis extracts and oils, and general corporate purposes. Management will have discretion with respect to the use of proceeds of the Offering and there may be circumstances where a reallocation of funds from the expected use of proceeds may be necessary for sound business reasons.

PharmaCielo is currently producing CBD-focused cannabis oil extracts. With the closing of the Offering, the Company believes it will be able to complete the construction of its oil processing facility and expects to begin the commercial-scale production and sale of both CBD-focused and THC-focused cannabis oil extracts during the first half of 2019.

The Company entered into a binding letter of intent to acquire UBIQUO, Colombia’s only medical patient and e-clinic platform. UBIQUO currently has 80,000 patients on its platform in its home base of Medellin. Part of the proceeds of the Offering will be applied to adding clinics in seven additional Colombian jurisdictions, which is expected to significantly grow UBIQUO’s patient base, beginning in late 2018/early 2019.

PharmaCielo Ltd. is a private company headquartered in Canada, with a focus on processing and supplying all natural, medicinal-grade cannabis oil extracts and related products to large channel distributors. PharmaCielo’s principal (and wholly-owned) subsidiary is PharmaCielo Colombia Holdings S.A.S., headquartered at its nursery and propagation centre located in Rionegro, Colombia.

The boards of directors and executive teams of both PharmaCielo and PharmaCielo Colombia Holdings are comprised of a diversely talented group of international business executives and specialists with relevant and varied expertise. PharmaCielo recognized the significant role that Colombia’s ideal location will play in building a sustainable business in the medical cannabis industry, and the company, together with its directors and executives, has built a compelling business plan focused on supplying the international marketplace.