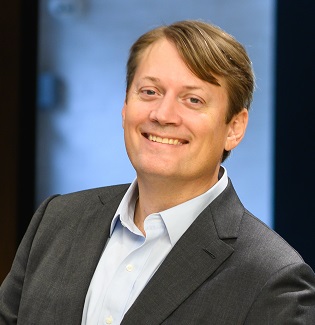 Columbia Care (CSE: CCHW) (NEO: CCHW) (OTCQX: CCHWF) turned the corner to positive EBITDA in Q3. Co-Founder and CEO Nicholas Vita last spoke with New Cannabis Ventures in May. In November, he touched base to discuss the company’s history of organic growth, its M&A strategy and solidifying the company’s differentiation in the cannabis space. The audio of the entire conversation is available at the end of this written summary.

The company closed the acquisition of The Green Solution (TGS)  this fall, making it a top player in Colorado. The Columbia Care team liked the TGS team because of the strong procedures and scaled infrastructure it had developed. Now, the company is working the state’s wholesale market and leveraging its additional cultivation and manufacturing capacity in Colorado.

The work Columbia Care has done in Colorado will help inform the way it thinks about construction and developing cultivation capacity throughout the country, according to Vita. Rolling out brands in this market will also serve as a lesson for its national commercialization strategy.

Columbia Care also has a pending deal in California. The acquisition of Project Cannabis will give the company a fully integrated platform to cultivate, manufacture and distribute in the state. The acquisition is about expansion and margin improvement, according to Vita. Additionally, Project Cannabis has a reputation for high-quality flower production and unique genetics, which will add to Columbia Care’s competitive advantage.

The company is optimistic that it will be in a position to consolidate in the fourth quarter, but it is unclear whether or not the acquisition will have an impact in 2020. Vita expects the real upside to be felt in 2021 and beyond.

Columbia Care wants to be a national leader in the cannabis space, and it is hard for a company to achieve that status without having a footprint in the two largest cannabis markets: California and Colorado, according to Vita. These two deals have garnered the company a significant position in these markets, which will help Columbia Care form its strategy as it continues to expand and roll out brands on a national scale.

Columbia Care added a new Chief Growth Officer: Jesse Channon. He has a background in technology, and the company has effectively used technology in its market strategy. For example, the company launched Virtual.Care during the COVID-19 pandemic, allowing consumers to virtually tour dispensaries and make their purchases for home delivery or curbside pickup.

Columbia Care’s development in Florida has been slower than hoped for, but the company’s multi-state operations have allowed it the time to build out this infrastructure without sacrificing performance at the consolidated level, according to Vita. He expects the company’s vertically integrated operations in Florida to have a breakout year in 2021. It will leverage its experience from mature markets to bring differentiated products, services and access points to this market.

In Illinois, Columbia Care is operating its cultivation facility at 100 percent capacity. It has also opened its Villa Park dispensary (in the Chicagoland area), and it is working on expanding and opening its Chicago dispensary.

Virginia is roughly the size of Illinois, but it only has five operators, according to Vita. Columbia Care has established its presence in this market organically. Now, it is well-positioned to take advantage of opportunities as the Virginia market expands. The state has bipartisan support for the expansion of the medical program, including the addition of flower, and adult-use is also under consideration, according to Vita. He believes this state could be an important model for the federal-level cannabis regulatory changes that could happen over the next 24 months.

Columbia Care has also recently earned its second license in West Virginia. While having leadership in individual key markets is important, Columbia Care is casting its eye on creating regional and national leadership. In the case of West Virginia, this helps solidify the company’s strong position in the Mid-Atlantic region, as it also has a footprint in states like Virginia, New Jersey, Pennsylvania, New York, Maryland, Massachusetts and Delaware, as well as Washington, D.C.

With operations in New Jersey, Columbia Care is poised to take advantage of the state’s transition to adult-use. The company has experience making that transition in other markets, like Illinois and Massachusetts. Now, it is looking at significant canopy and manufacturing expansion in New Jersey. The company is also building out its three dispensaries in the state to help ensure it has the ability to serve the wholesale and retail markets when the adult-use conversion happens, likely in the second half of next year, according to Vita.

New York, its headquarters, is also a key market for Columbia Care. The company has built excess capacity into its operations, which puts it in a strong position if and when the state launches adult-use.

Columbia Care also has operations in Arizona, another state poised to make the move into adult-use. While some states have experienced 3x to 5x growth when transitioning from medical to adult-use, Vita expects the growth won’t be as dramatic in Arizona. This market is mature, and it has taken more time to transition from medical to adult-use. But, the company still expects Arizona to be a strong market, and it has increased its canopy ahead of the transition in what was the company’s initial market.

Europe has been interesting for the company, but it sees the real economic opportunity in the United States. Columbia Care is in 18 states, 11 of which are considering some kind of move to open medical markets or adult-use markets, according to Vita. He expects to see markets like New York, New Jersey, Virginia, Pennsylvania and Ohio driving value in 2021. Other markets, like Utah and Missouri, could potentially be exciting as well.

Columbia Care has largely built its national platform through organic means. Vita was involved in M&A during his time with Goldman Sachs, and he saw how often integration challenges were more difficult than expected. But, M&A does has a place in Columbia Care’s strategy.

The company has built a team well-suited to integrating acquisitions. The Columbia Care team carefully evaluates all potential deals from not only a financial perspective but also from a cultural standpoint.

Going forward, the company will be repurposing cash from its business to fund tuck-in acquisitions. It likely won’t be looking at large, monumental deals. The company is excited about a number of opportunities in its core markets over the next 12 months, according to Vita.

In October, the company completed a $20.4 million debt financing, which the company did in anticipation of opportunistic acquisitions. Having reached positive adjusted EBITDA, Columbia Care does not have significant operational pressure to raise more capital, according to Vita. The company has built out its infrastructure, and its CAPEX for the next year is manageable relative to its balance sheet. Now, the company is focused on scaling and driving cash flow over the next couple of years.

The company’s cost of capital continues to decrease, as well as the cost of debt. The company’s stock has performed well, and the market will gravitate toward Columbia Care, according to Vita.

Columbia Care released 2020 guidance of $155 to $180 million in combined revenue on a standalone basis. On a pro forma basis, the company is expecting $234 to $265 million in revenue. It is expecting to reach a gross margin of 40-plus percent in the fourth quarter.

As Columbia Care continues to grow, its team looks at metrics like profitability in individual markets, revenue per square foot and unit labor costs. The company also carefully tracks its turnover rates to ensure it is taking good care of its team. Vita highlighted Chief People and Administrative Officer Bryan Olson and his efforts to keep turnover low.

Managing the yet unknown federal regulatory changes will be a macro-level challenge for Columbia Care and the whole industry. But, the company will continue to focus on rolling out products, developing its individual markets, consolidating market share and driving financial performance to establish its position as a national leader.

To learn more, visit the Columbia Care website. Listen to the entire interview: