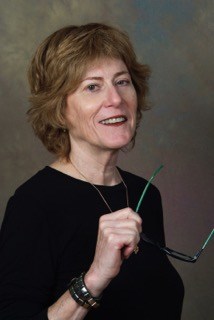 I was fortunate to meet Constance Finley, CEO and Founder, Constance Therapeutics at a conference in Denver in October.  Already familiar with her as a leader in the industry, my quick conversation with her about some of the nuances of the CBD industry was enough to let me know that her approach to treating patients is quite different from others in the industry, many of whom seem to be more focused on their own financial well-being than the health of their patients.

Constance Therapeutics is based in in California, offering proprietary researched and standardized cannabis extract formulations to licensees across North America, and it operates the Section 215 Compliant collective Constance Pure Botanical Extracts. Constance has a pretty remarkable background, some of which comes out in the interview.  Like many entrepreneurs in the industry, she has a deep personal connection with cannabis. Pay close attention to her discussion of the different ways one can derive CBD, as this is a controversial subject that revolves around a huge grey area legally.

Alan:  How did you get involved in the industry?

Constance:  I became interested in cannabis in 2008, after a near death experience from prescription drugs used to treat a severe autoimmune condition.  I had Ankylosing spondylitis, a rheumatology condition similar to rheumatoid arthritis. Difficulty in diagnosing this led to the loss of my career as an investment banker and entrepreneur and being housebound for ten years. Once properly diagnosed, I almost died from the prescribed medications. Friends urged me to consider medical cannabis, but I was skeptical. When my world famous doctor told me “no more drugs for you—it’s too dangerous” I faced returning to a life of invalidism and confinement and most likely an early death from heart attack from inflammatory process.

It became clear that I was facing a very serious, rare and chronic condition with no available allopathic solutions. It was then that I turned to medical cannabis.

My first few crops of medical Indicas were grown in two 4×4 hydroponic trays in what used to be my wine cellar: Lemon Kush, Cherry Pie and Tahoe Og.  As soon as Project CBD brought over clones from Amsterdam, I purchased Harlequin clones at Harborside in Oakland and added CBD to the mix. We were the first to bring potent CBD concentrates into the first lab in Northern California that was able to test concentrates.  Steep Hill Labs and the Werc Shop both reported having to recalibrate their machines for both my CBD and THC cannabis oils in our first tests.  I was achieving unheard of potency and purity in our ethanol produced concentrates at that time.

Alan:  Describe the products you sell. How many patients are your products reaching?

Constance: Our products grew organically from my passions for cooking, biological and soil health. The internet was the only teacher I had, but the plethora of primarily misinformation that is out there now on cannabis wasn’t yet there at that time. That was a gift –because my process grew from learning the basic science of extraction and then applying it to my organically grown cannabis, rather than following a vastly compromised industry standard that is still the norm today.  As Raphael Mechoulam has said speaking of his early days: “We had to think!  We didn’t have ten million dollars to test the hypothesis—we had to think!”

A standardized protocol for oncology referred patients evolved first. It came from the pain/inflammation/sleep protocol I devised for myself, which later set the foundation for most of the autoimmune protocols. We also offer protocols that help with neurodegenerative diseases, anxiety, serotonin enhancement for depression, focus relief from ADD and bipolar disorder. These came as we experimented with CBD, attended scientific conferences and read the papers coming out of the best university labs in the world that focus on cannabis.

Physicians and their patients today need options when treating cancer and other serious health conditions. More and more people now seek a no harm integrative approach to help whatever is ailing them and we are able to offer just that through flower-based cannabinoid therapeutics.

After many years of research and development, we have developed an extraction method that is both stringent and science-informed, ensuring standardized products of the highest quality. In fact, our extraction method is now patent-pending and we are among the very few that utilize ethanol – organic and food-grade, no less – to extract oil from only the most premium part of the cannabis flower. Never trim or leaves. All of this attention to detail is what makes our oil the absolute highest quality and safe for patients to ingest daily and for extended periods of time.

Contrary to expectations, entering the cannabis field as a practical scientist and entrepreneur provided the most intense intellectual stimulation and demanded the most rigorous scientific and intuitive thought of any endeavor I’ve engaged in to date, including teaching graduate psychologists and constructing complex financial models to raise capital through broker dealer networks.

The pure joy of pioneering professional and standardized solutions to impact long standing human suffering is definitely the most satisfying work I’ve found!

Constance:  The legal climate effects solutions that are run arounds to what science-based medicine would naturally present. The world wants CBD, but the US government says both THC and CBD are Schedule One drugs with no potential benefit.  The result: A country which declares CBD derived from its optimal source; i.e., female flowers of the cannabis plant to be illegal except within the confines of states that exempt it from criminal prosecution if used for medical purposes. At the same time, U.S. governing agencies look the other way if the CBD is derived from non-optimal or concentrated sources; i.e., industrial hemp raised for fiber.

CBD derived from industrially sourced hemp is raised with no intention of ingestion and is grown in normally pesticide-rich, soil-depleted conditions. Fibers that go into clothing have – and should have – a different safety standard than resin you ingest daily to help with a serious medical condition.

Many times a month we receive calls from terminal patients sent to the emergency room with toxicity from these products.  By definition, our government is promoting inferior, ineffective and often toxic products over the artisanal, evidence based products manufactured from organic cannabis flowers emerging as one of the most exciting discoveries of modern herbal science.

Alan:  Do you have plans to expand to other states?

Constance:  We are currently being asked into multiple jurisdictions by doctors, scientists and the public anxious for the genetically controlled, standardized formulation of Cannabis oils of multiple strains and cannabinoid ratios. By the end of 2016, we hope be in at least five other states with many more to follow.  Additionally, research doctors are asking to license our intellectual property internationally. It is a sincere compliment to our eight years of dedication to the beautiful flower of the cannabis plant.

Ultimately, Constance Therapeutics aims to not only have flower-based cannabinoid therapeutics integrated into herbal nutraceuticals, but into the traditional healthcare model as well. Our vision is for a contemporary healthcare model that includes all types of medicine – western, eastern, homeopathic and cannabis – together so that patients have access to the best possible treatment options. That is truly Whole Medicine.