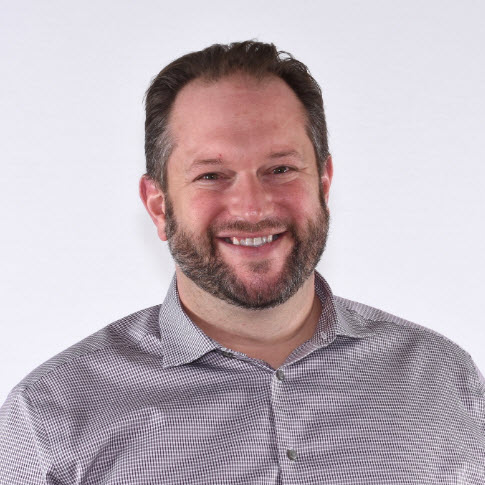 Cannabinoid technology platform company ebbu is not focused on becoming a vertically integrated cultivation company. Instead, it is strictly a research and development and licensing company. Founder and CEO Jon Cooper spoke with New Cannabis Ventures about why he believes his company’s cannabinoid research could mean big changes for the industry and what strides in growth ebbu has taken so far.

The Science of Consistency

Cooper, a longtime technology entrepreneur, had no real intention of getting into the cannabis space. His experience with cannabis had been wildly varying, oscillating from wonderful to downright awful. It wasn’t until he thought about solving the question of consistency that he truly became interested in starting a cannabis company.

Consistency is core to any brand, and ebbu’s entire mission is to solve the “chemical chaos” inherent to cannabis, so branded products can deliver on the promise of consistency. The company’s research is focused on the trichome heads of cannabis and the active compounds found within them. Cooper likens the research to reverse engineering a chocolate cake, separating each individual ingredient (compound in the case of cannabis) until you have all of the consistent ingredients to make any type of product exactly the same way anywhere in the world.

From there, the company is developing plants that only produce a specific compound like CBD or CBG. And these plants, which ebbu is close to developing at true commercial volume, can be used to create specific and entirely consistent products.

Pharmacology and genetics are the two main components of ebbu’s business model. On the pharmacology side, the company is pouring resources into figuring out how to deliver predictable sensations for consumer products. Thus far, the company has conducted nearly 50 double-blind randomized studies that demonstrate people do have different experiences with different combinations of cannabinoids and terpenes. The company’s drug discovery lab is also actively involved in exploring anxiety and pain-related indications for various cannabinoid and terpene combinations, formulations the company aims to get into clinical trials.

The genetics side of ebbu’s business is focused on creating those single-expression cannabinoid plants. The company is working on the overexpression of trichomes, which means the output on a per square foot basis will be somewhere between 2x and 10x, according to Cooper.

Looking ahead, the company’s research is focused on finding additional targets, like dopamine receptors, that cannabinoids might affect. There is also interest in the potential of tissue culture and mass propagation of genetically identical plants.

As a research and development company, intellectual property is key to ebbu’s strategy. The company has filed more than 40 patents representing more than 2,000 inventions with the United States Patent and Trademark Office. When it comes to licensing its technology, the company aims to work across both the hemp and marijuana, touching on the lifestyle, homeopathic, and pharma markets, according to Cooper. Additionally, ebbu is in conversations to bring its genetics to 14 different countries over the next 12 to 24 months.

ebbu has been focused on beverage research for quite some time. A consumer will feel the effects of a beer within five to 15 minutes of consumption, and Cooper challenged his team to replicate that effect in a cannabis beverage. Now, the company has a water emulsification solution that works just as quickly as alcohol, which has been tested with the company’s formulations in more than 200 different kinds of drinks. That beverage research has opened the door a number of partnership opportunities. The company is engaged in more than 25 different beverage brand conversations and has an active partnership with Ceria Beverages (a new company from the creator of Blue Moon beer) and Rebel Coast Winery, a company making infused, non-alcoholic wine.

On the cultivation side, the company has partnerships with hemp producer Colorado Cultivars and greenhouse grower Hardy Boy Farms, which has dedicated 200 to 300,000 square feet of their grow for ebbu’s genetics. Cooper expects more partnerships will be announced over the next six to eight months.

Thus far, ebbu has been privately financed. The company began as a licensed cannabis company in Colorado, but turned it in earlier this year as its strategy shifted. Now, the door is open for more institutional funding opportunities, and the company expects to close a Series C at $20 to $30 million in the next six months.

Looking ahead, ebbu aims to keep effectively executing and implementing licensing deals while nurturing its IP portfolio. Right now, the company’s deal pipeline has approximately 75 opportunities, five to ten of which Coopers hopes to focus on and select. He foresees his company, with its “Powered by Ebbu” strategy, being an integral part of bringing mainstream cannabis products to market over the next five to 10 years.

To learn more, visit the ebbu website. Listen to the entire interview: