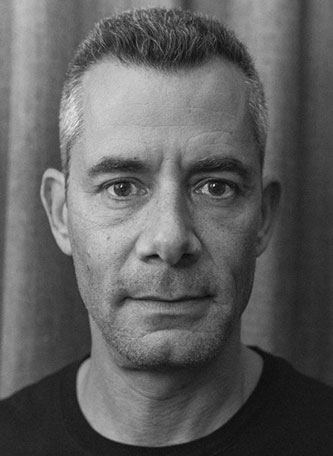 Tidal Royalty (CSE: RLTY.U) (OTC: TDRYF), a royalty financing company, has raised C$42 million thus far. Unlike many other financing companies in the space, Tidal does not pursue a minority or majority stake in its investments. Rather, the royalty model attaches the company to the revenue its capital creates. As an entrepreneur himself, the company’s CEO and Chairman Paul Rosen sees the model as more effective than owning a minority stake when it comes to aligning with an investment’s management team. Rosen spoke with New Cannabis Ventures about his background, his company’s portfolio, and plans for growth.

Tidal Royalty is not Rosen’s first experience in the cannabis space.  A constitutional lawyer, he first became interested in the space in 2012 when Canada was signaling a shift toward a regulated, commercial cannabis industry. He helped start PharmaCan Capital, now called the Cronos Group, an early investor in the Canadian licensed producer sector that recently became the first cannabis company to trade on the NASDAQ. In 2016, he started BreakWater Venture Capital, which has since made about 135 investments and built a $100 million portfolio. As he watched the U.S. cannabis industry grow, he decided to capitalize on the opportunity by starting Tidal Royalty.

Right now, the company focuses exclusively on the United States. Rosen sees an explosive growth opportunity there and aims to bring the expertise gained in Canada to this less developed market that he sees as facing a lack of capital. He does regularly monitor the international cannabis markets, but the company’s investment focus will be exclusively on the U.S. for the foreseeable future.

The company’s royalty model gives operators who do not necessarily want to go public access to meaningful capital and creates a diversified revenue stream for Tidal Royalty investors. Operators are able to fund their expansions without dilution in their own capital structures. While the company is potentially interested in any licensed cannabis operator in a state with a medical and/or recreational program, it does evaluate a number of factors before investing.

Rosen describes the company’s investment targets as “best in class U.S. operators.”  Tidal Royalty prefers companies operating in larger population states with an undersupply rather than smaller population states with an oversupply. An existing recreational program or inclination to form one is another attractive quality. While those elements are important, the strength of a good management team will make the company take a look at a potential investment in any market. Ultimately, the company wants to select assets that will create accretive revenue for the duration of its 99-year royalty agreement.

Tidal Royalty has raised C$42 million to-date and committed less than half of its available capital to close deals. The company has signed four LOIs and recently announced the closing of two deals with Diem Cannabis and AltMed.

The company is investing $12.5 million to finance Diem’s expansion into Massachusetts. Rosen notes Diem’s proven management team and ability to gain credibility and market share in the over-supplied market of Oregon. He envisions following the company from Massachusetts to its next growth state. Tidal Royalty also made an $8 million deal to acquire an equity stake and royalty in AltMed, currently operating in Florida and Arizona, from CannaRoyalty. Rosen foresees AltMed being a highly accretive asset.

Trading on the CSE and OTC

This summer, Tidal Royalty began trading on the CSE and OTC. The company chose the CSE because the TSXV does not allow U.S. cannabis assets and the OTC because it opens a more efficient pathway for U.S. investors to buy or sell the company’s stock, according to Rosen. Though listed on the CSE, the company’s stock trades in U.S. dollars, a decision the company made because that is where its capital is deployed.

Rosen estimates the U.S. cannabis market is undercapitalized by $250 billion, which means enormous opportunity for his company. Going forward, Tidal Royalty will be focused on carefully vetting those opportunities and strategically deploying capital.

To learn more, visit the Tidal Royalty website. Listen to the entire interview: