As two of the leading companies in their respective industries, Cronos Group and Ginkgo believe that they are best-suited to unlock the potential of innovation in the cannabis industry. Cronos Group brings a deep understanding of the plant’s biological structure and function, while Ginkgo brings 10 years of experience designing microorganisms for the production of cultured products across pharmaceuticals, agriculture, flavors, fragrances, and more.

Cannabinoids span a range of molecules with different properties, and ongoing research has demonstrated potential medicinal uses for indications such as chronic pain, nervous disorders, nausea, weight loss, and some mental illnesses. However, many pharmaceutically relevant cannabinoids are present only at very low quantities in the cannabis plant, making them economically impractical, difficult or impossible to extract at high purity and scale. The landmark partnership between Cronos Group and Ginkgo will leverage the expertise of both organizations to solve this challenge and make more accessible the benefits of cannabinoids in an economically sustainable way.

Cronos Group is building the world’s most innovative cannabinoid platform. The potential uses of cannabinoids are vast, but the key to successfully bringing cannabinoid-based products to market is in creating reliable, consistent, and scalable production of a full spectrum of cannabinoids, not just THC and CBD. 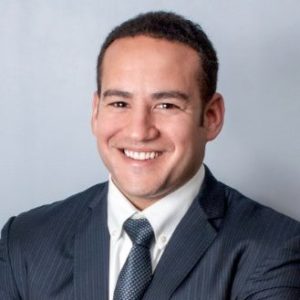 We are thrilled to partner with Ginkgo; their biological engineering capabilities and disruptive technology platform are unrivaled. Together we can revolutionize the cannabis industry.

“Legal cannabis is a multibillion-dollar industry with no signs of slowing down, but providers will need to innovate to keep up with demand for better products, including those taking advantage of rare and difficult to extract cannabinoids,” said Jason Kelly, CEO and co-founder of Ginkgo Bioworks. “Engineering strains of yeast that can produce these cannabinoids via fermentation is a perfect fit for our organism design platform and we are excited to be working with Cronos Group as they lead the way to high-quality cannabinoid treatments.”

Cronos Group’s wide-ranging portfolio of cannabis products is empowered by its deep expertise in plant genetics. With access to an array of varietals and a diverse set of production methodologies, Cronos Group has gathered extensive data on cannabinoids and their properties, ultimately learning from and using the plant to generate blueprints for best-in-class, full spectrum cannabinoid recipes.

Ginkgo’s platform for engineering biology is powered by state-of-the-art automation and custom-built software used to design and print DNA. With the world’s largest library of designed DNA sequences, Ginkgo has extensive expertise in the biology of enzymes for the production of molecules used in industries from flavor and fragrance to food to pharmaceuticals. By transferring the DNA sequences for cannabinoid production into yeast, Ginkgo expects to develop strains that produce cultured cannabinoids at high quality and purity in a process similar to brewing beer in a microbrewery. In addition to allowing for the efficient and scalable production of cannabinoids, the use of Ginkgo’s platform is expected to unlock access to potentially medically-important and valuable cannabinoids that are present only in low quantities in the plant.

The partnership between Ginkgo and Cronos Group will focus on the scalable and consistent production of a wide range of cannabinoids, including THC, CBD and a variety of other lesser known and rarer products. These cultured cannabinoid molecules are identical to those extracted from the plants grown with traditional methods, but are created by leveraging the power of biological manufacturing via fermentation.

Under the exclusive partnership, Ginkgo will work with Cronos Group on research and development of microorganisms capable of producing certain target cannabinoids in a scalable and highly efficient manner. Cronos Group will fund certain R&D and foundry expenses expected to be approximately US$22 million subject to the achievement of certain milestones. In addition, upon Ginkgo’s demonstration that the microorganisms are capable of producing the target cannabinoids above a minimum productivity level, Cronos Group will issue up to approximately 14.7 million common shares in the aggregate, in accordance with the milestone allocations described below. The common shares allocated were based on the 60-day VWAP for Cronos Group common stock of US$6.81 as of July 17, 2018, when the letter of intent was executed by both parties. The transaction had an aggregate value of US$100 million assuming all milestones are met. Tranches of these common shares will be issued once each of the target cannabinoids can be produced for less than US$1,000 per kilogram of pure cannabinoid at a scale of greater than 200 liters as follows: THC(A), 20%; CBD(A), 15%; CBC(A), 10%; CBG(A), 10%; THCV(A), 15%; CBGV(A), 10%; CBDV(A), 10%; CBCV(A), 10%.

Cronos Group will have the exclusive right to use and commercialize the key patented intellectual property related to the production of the target cannabinoids globally. All R&D work undertaken by Ginkgo will be conducted in compliance with all U.S. federal laws regarding controlled substances and Ginkgo is coordinating activities closely with both Federal and State agencies. Cronos Group intends to produce and distribute the target cannabinoids globally and has received confirmation that this method of production is permitted under the Cannabis Act (Canada) – the legal framework that will regulate cannabis in Canada.

This landmark deal will bring the power of biological manufacturing to the cannabis industry, allowing for cannabinoid production at large scale and with greater efficiency than is currently possible with traditional growing and extracting methods.

Cronos Group and Ginkgo Bioworks will host a conference call and live webcast on Tuesday, September 4, 2018 at 8:30 a.m. EST to discuss the landmark partnership. Instruction for the conference call are provided below:

Additionally, an audio replay of the conference call will be available two hours after the call’s completion and until 11:59 p.m. EST on September 18, 2018. Instructions for the audio replay are provided below:

Ginkgo Bioworks is the organism company, using the power of biology to build sustainable products in food, pharma, manufacturing, and more. Using sophisticated software and state of the art automation,

Cronos Group is a globally diversified and vertically integrated cannabis company with a presence across four continents. Cronos Group operates two wholly-owned Canadian licensed producers regulated under Health Canada’s Access to Cannabis for Medical Purposes Regulations: Peace Naturals Project Inc., which was the first non-incumbent medical cannabis license granted by Health Canada, and Original BC Ltd., which is based in the Okanagan Valley, British Columbia. Cronos Group has multiple international production and distribution platforms across five continents. Cronos Group intends to continue to rapidly expand its global footprint as it focuses on building an international iconic brand portfolio and develop disruptive intellectual property. Cronos Group is committed to building industry leading companies that transform the perception of cannabis and responsibly elevate the consumer experience.