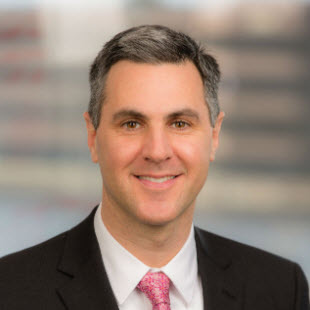 Multi-state operator Curaleaf (CSE: CURA) (OTC: CURLF) is on a mission to create the most accessible cannabis company in the United States. Right now, the company is in 12 states, but it is targeting expansion through a combination of organic growth and acquisitions. President and CEO Joseph Lusardi spoke with New Cannabis Ventures about the recent Grassroots and Cura Partners deals, funding and corporate responsibility. The audio of the entire conversation is available at the end of this written summary.

Lusardi has been in the cannabis industry since 2009, and he is joined by a number of other experienced and passionate individuals on the Curaleaf team. He points to Robert Winnicki, the company’s SVP of Research and Product Development, and CFO Neil Davidson as examples. Winnicki, a chemist, opened one of the first cannabis testing labs in Colorado about 10 years ago, according to Lusardi. Davidson has extensive capital markets experience.

Curaleaf’s strategy targets populous, limited-license states. The company began with licenses up and down the east coast and then began to expand westward through strategic acquisitions. Curaleaf has built its business 50 percent through organic growth and 50 percent through acquisitions, according to Lusardi.

Rather than looking at international expansion, Curaleaf is very focused on a domestic strategy. It has 49 dispensaries, and it will have licenses to open 131 dispensaries once Grassroots is consolidated. The company also has more than 1 million square feet of production space and 1,600 employees, both expected to double next year.

For the time being, vertical integration is a necessity for MSOs like Curaleaf. As such, the company is heavily invested across the entire supply chain, according to Lusardi. But, it is keeping in mind a future where cultivation becomes more commoditized. Curaleaf is directing a lot of energy into its products and brand for that future.

Curaleaf has a single brand that shares the company name, rather than multiple options. Its retail stores and the products inside are all branded under the Curaleaf name. Within that brand, the company offers more than 250 SKUs.

As a vertically integrated company, Curaleaf has control over its entire supply chain from the raw material used to create its products to packaging. It has fielded concern over the recent news about vaping and health concerns, but Lusardi has confidence in his company’s products. He sees this issue as another indication of a need for federal research and oversight in a regulated cannabis market.

Lusardi has a background in private equity M&A, and Curaleaf has always been highly acquisitive. He sees the recent Grassroots and Select deals as highly accretive for shareholders.

The $875 million acquisition of Grassroots will give the company a complementary footprint. The two companies have virtually no market overlap. Grassroots is operating in important markets like Illinois, Ohio, and Pennsylvania. The company’s footprint will span 19 states next year. That number may go up to 20–now that public companies can own assets in Colorado, Curaleaf may pursue an opportunity in that market.

Curaleaf was built as a health and wellness company. It did not have much in the way of an adult-use brand, but the acquisition of Select changes that. Select is one of the top brands on the west coast, touching more than 900 stores. Plus, Lusardi sees Select’s commitment to compliance, testing, and trusted products as complementary to the Curaleaf strategy.

Giving Back to the Community

Curaleaf has a corporate social responsibility team that helps guide the company’s commitment to giving back to the community. The company runs discount programs for veterans and the economically disadvantaged in its stores. Plus, Curaleaf is actively involved with the Veterans Cannabis Project, which creates awareness of how veterans can benefit from cannabis use. The company works with the program in five states and plans to launch it across the country, according to Lusardi.

Curaleaf has acquired real estate as it has grown, but the company does not want to be a real estate owner. Rather, it sees the best use of capital is for income-generating assets, according to Lusardi. Recently, the company freed up capital through a $28.3 million leaseback agreement with Freehold Properties. This deal will allow Curaleaf to invest further in its own infrastructure.

The company has been primarily funded through equity. Prior to going public in 2018, Curaleaf was financed by its Executive Chairman Boris Jordan and his partners. In October 2018, the company did a $400 million public offering.

Curaleaf has less than $90 million in debt, according to Lusardi. He imagines that the cost of capital will continue to go down and the company’s credit profile will improve. Debt financing may be a future funding option for the company.

Curaleaf reported $48.5 million in second-quarter revenue, and Lusardi is confident the company is on a strong growth trajectory. Assuming it can close Grassroots and Select before the end of the year, the company is projecting top-line revenue of $1 billion to $1.2 billion for 2020, according to Lusardi. The company is also expecting to generate 30 percent or greater EBITDA margins next year. Lusardi recommends investors watch store openings, revenue, and EBITDA to track the company’s success.

Though execution in such a rapidly growing market is a challenge, Lusardi is bullish on the future. He sees more and more states adopting medical and adult-use programs. Curaleaf’s footprint positions it for success in a number of states, such as New York, New Jersey, and Connecticut, which may introduce adult-use programs in addition to existing medical programs.

How COVID-19 Could Impact Cannabis Stocks