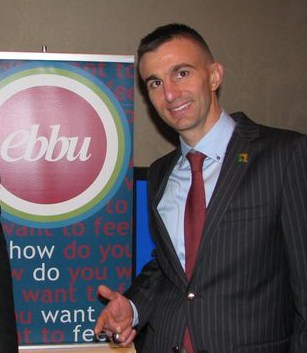 “When we want to raise capital,” Dooma Wendschuh, the thirty-eight-year-old co-founder of a cannabis company called ebbu, said, “I go up to someone and say, ‘Would you like to invest in my company? Here’s how it will work. One: you may go to prison for making this investment. Two: I may go to prison, and you might lose all your money. Three: our minimum investment is two hundred and fifty thousand dollars. Sure you want to play ball?’ ”

There was nervous laughter from the crowd. It was the first day of the first Marijuana Investor Summit, in Denver, and Wendschuh was speaking at one of the most popular panels, “Raising Funds.” More than eight hundred people from around the country had come to the summit, at the Crowne Plaza Hotel, near the airport. It was a testosterone-fuelled crowd, mostly white men in suits—entrepreneurs mixing with hedge-fund managers and venture capitalists. But there were outliers: an Orthodox Jew with a long white beard, whose family in Philadelphia wants to obtain the first license to grow medical marijuana in Pennsylvania; an African-American man who spent seventeen years on Wall Street, then left to grow pot near Detroit; and a female doctor who wants to start a practice treating chronic conditions with cannabis.