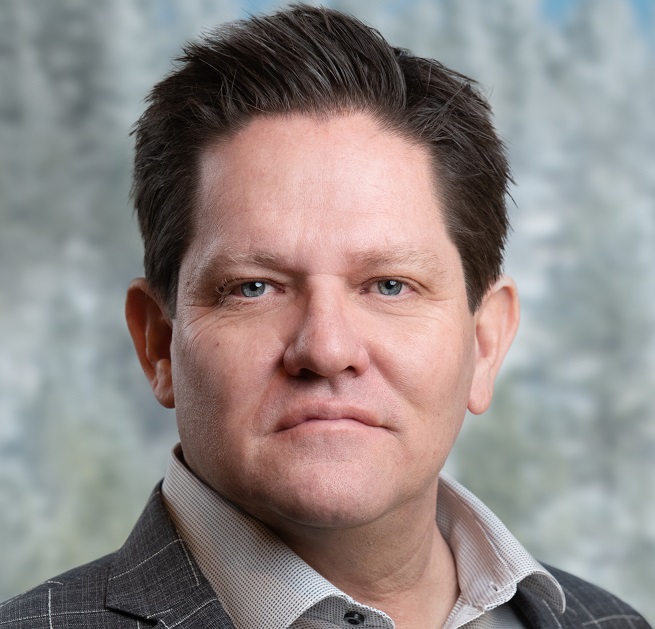 Since uplisting to the NASDAQ in 2021, urban-gro (NASDAQ: UGRO) has been establishing a design-build model that makes it the single point of responsibility for its clients. It has also been leveraging M&A to diversify into other sectors, which has allowed the company to remain in growth mode while the cannabis industry is in a slower period. Chairman and CEO Bradley Nattrass described the company’s strategy back in May, and he checked in near the end of this year to talk about diversification and why cannabis still remains the future of the company.

The company offers clients in the controlled environment agriculture (CEA) and commercial sectors end-to-end design-build capabilities, including architecture, engineering, cultivation design and construction management. It operates in the cannabis sector, food-focused vertical farming and the commercial space. In the cannabis industry, urban-gro is able to get clients to market one harvest earlier than they would have if they weren’t working with a single point of responsibility, according to Nattrass.

The acquisition of Emerald Construction Management in May gave the company the final piece it needed to go to market with its design-build model. Already, it is receiving strong demand for this service.

Nattrass offered a few examples of urban-gro’s cannabis clients. It has a customer located in the southeastern U.S. that has signed a design-build contract for a 75,000-square-foot cultivation facility and four dispensaries. It has another client in New York, E29 Labs. The company is working with that customer on early-stage architecture, engineering and cultivation design as it awaits a license. It is also in the early stages of working with a cannabis customer in Missouri. Once the customer is awarded a license, the company is aiming to move with them to the design-build stage.

As states begin to award more licenses again, Nattrass anticipates that the company will experience even more demand for design-build projects in the CEA cannabis space.

Currently, urban-gro’s customer mix is approximately 50 percent CEA and 50 percent commercial. Cannabis clients still account for the bulk of its CEA business, approximately 85 percent. The company is working with a handful of U.S. food vertical farming operators, mostly providing professional services. On the commercial side of its business, the company has worked with industrial consumer packaged goods companies, and it has provided design-build services for MRI facilities in the healthcare space.

Although the roll out of new cannabis licenses has been delayed in many markets, the company is still busy with cannabis clients. The company is busily supplying architecture, engineering and cultivation design, but when it comes to ordering equipment, business has slowed. The company is anticipating that it will start to see orders on that side of the business pick up in Q4 and into next year.

The company’s cannabis design-build contracts will typically be for $20 to $60 million projects. On the food side of the CEA business, Nattrass envisions urban-gro as more of a professional services partner. It may sign design-build contracts for smaller urban vertical farms – $5 to $10 million projects – but he does not anticipate the company focusing on large, $100 to $200 million facilities in the food space. For the foreseeable future, cannabis will drive the majority of the company’s revenue and gross margin dollars, according to Nattrass.

The company is cultivating a global footprint. The company has an office in the Netherlands. The company is also operating in the UK, Portugal, Spain, Germany, North Macedonia and Israel.  It hired Arie Kamp to serve as Managing Director of urban-gro Europe B.V., and it is building out a team around him. The company moved some its U.S. talent to that market, and it is also hiring. As the company brings on more talent, it will cross train those hires so they can work across multiple sectors and be prepared for when demand on the cannabis side of the business increases.

In Europe, the company is focused on becoming involved with clients as early as possible. It is helping customers through the application process. If these companies have good experiences with urban-gro, they could be interested in continuing that relationship to the equipment integration and design-build phases.

The acquisition of DVO Engineering, completed at the beginning of November, is the latest in a series of deals that has strengthened the company’s offerings. The DVO acquisition brought more infrastructure and engineering talent to urban-gro, added fire and safety to its offerings and bolstered the depth of its mechanical, electrical and plumbing services on both the cannabis and commercial sides of the business. Additionally, DVO is based in Texas, which gives the company a strong position in a market with significant opportunities once cannabis becomes legal there.

The company is actively recruiting for 20 open roles. It is aggressively investing in job placement, but it could also fill those roles via acquisition. It could explore acquisitions in the European market to build out its talent there.

It may also use M&A to augment its offerings. For example, the company does not offer services for greenhouse growers. It could decide to enter that segment and acquire additional contracts. As demand on the design-build segment of urban-gro’s business increases, the company may consider adding another regional, U.S.-based construction management firm to meet that demand.

The Value of Diversification

Ove the past 18 months, the company’s acquisitions have enabled it to diversify the sectors in which it operates. Operating in more than just the cannabis space has allowed the company to remain in growth mode.

Like many other operators in the cannabis space, the company has not been immune to what Nattrass referred to as the “cannabis winter.” The company has felt that strain in its equipment sales. In Q3, it had $3.8 million in equipment sales, down approximately 75 percent from the previous year.

But the company’s diversification and its high-margin services offered in multiple sectors helped it push past that downward trend. It has a significant backlog going into Q4, and the company is looking forward to the opportunities that will come as more states begin to award cannabis licenses again.

The competitive landscape has not changed much for the company, according to Nattrass. It is competing with individual architecture firms, which hand off projects to engineering firms, while urban-gro has in-house engineering capabilities. And, the company can actually work alongside large design-build firms that handle $100 to $300 million facilities, offering expertise and professional services support.

Nattrass believes federal legalization in the U.S. is still years away. In the meantime, he sees urban-gro becoming a much more substantial business, ultimately becoming a global CEA design-build firm and leading provider of professional services. The company is working to establish a moat that will help it compete with large, new market entrants. Nattrass does consider maintaining a state-by-state system, rather than interstate commerce, as a key element of federal legalization.

The company has $18.6 million in cash on its balance sheet and no debt. It has no plans to take on debt or to do an additional equity raise at this time. Right now, it is focused on getting back to cashflow-positive by early next year. The company had seven quarters of positive adjusted EBTIDA, followed by three negative quarters.

The strength of urban-gro’s balance sheet has allowed it to pursue M&A, and it has proven valuable in other ways. It has helped the company to build strong vendor partnerships with manufacturers and increase its purchasing power. The strength of its balance sheet has also played a role in attracting more business. For example, following the acquisition of Emerald Construction Management, it saw the number and size of projects from a large CPG beverage company increase.

The company has a $67 million backlog going into Q4, including $56 million in construction design-build, $5 million in equipment systems and $6 million in professional services contracts. On the commercial side, design-build contract revenue is recognized within four to eight months, and on the cannabis side, it can take up to two years. Equipment revenue is typically realized within one to two quarters, and professional services revenue within six months, according to Nattrass. This backlog has given the company the confidence to give Q4 guidance of $17 million and negative $1.5 million of adjusted EBITDA. It opted not to give full-year guidance for 2023 at this point.

This backlog will drive the company’s performance going forward, and it will be challenged to keep up with the demand. EVP of Business Operations JT Archer is helping lead the team on a scalable model, according to Nattrass.

As the company grows, Nattrass is looking to share the message that urban-gro is more than just an ancillary cannabis company. Its diversification strengthens the company and reduces its risk because it is not dependent on just one sector. The company is executing on its strong backlog, and it remains in a growth mode that will include more talent acquisition and M&A.