KELOWNA, BC, Aug. 3, 2017 /CNW/ – DOJA Cannabis Company Limited (formerly SG Spirit Gold Inc.) (“DOJA” or the “Company”) is pleased to announce that it has completed its previously announced three-cornered amalgamation (the “Transaction”), pursuant to which it acquired all of the outstanding securities of Northern Lights Marijuana Company Ltd. (“Northern Lights”), a licensed Canadian cannabis producer. DOJA expects to commence trading on the Canadian Securities Exchange (“CSE”) under the symbol “DOJA” at market open on Wednesday, August 9, 2017.

DOJA™ is a premier cannabis lifestyle brand that will feature the highest quality handcrafted strains in Canada. DOJA’s state-of-the-art ACMPR licensed production facility is located in the heart of British Columbia’s picturesque Okanagan Valley. DOJA was founded by the proven entrepreneurial team that started SAXX Underwear®.

Going public on the CSE is a great achievement for DOJA. With this larger stage, we now have the ability to reach a global investor base and we look forward to welcoming many new investors that share our vision for the future of cannabis to the DOJA team. 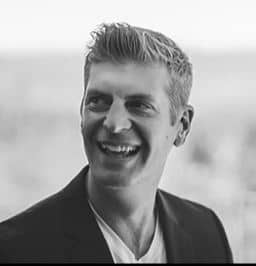 As an authentic premium cannabis lifestyle brand, we have established deep roots locally and we are now extending out strong branches that will take the brand beyond the Canadian border. We are cannabis futurists – that believe cannabis is not what defines people, it is just a part of their lifestyle.

Closing of the Transaction

In connection with the Closing, DOJA’s wholly-owned subsidiary amalgamated with Northern Lights under the provisions of the Business Corporations Act (British Columbia), with the amalgamated company being named “DOJA Cannabis Ltd.” and now being a wholly-owned subsidiary of DOJA. DOJA issued 1.8 common shares in the capital of the Company (each, a “DOJA Share”) for each Northern Lights share outstanding. Convertible securities of Northern Lights were exchanged, subject to adjustment, into similar convertible securities of DOJA.

For further information concerning the Transaction readers are encouraged to review the Company’s listing statement that was filed on the SEDAR website at www.sedar.com on August 1, 2017.

New Board of Directors and Management Team

William Trent Kitsch of 3370 Neid Road, Kelowna, BC V1W 4H5, CEO and a director of pre-Amalgamation Northern Lights Company Limited and now CEO and a director of DOJA Cannabis Company Limited, held 4,153,472 Northern Lights Shares. Upon completion of the Amalgamation, Mr. Kitsch now beneficially owns and has control over 7,476,250 DOJA Shares representing 12.7% of the issued and outstanding DOJA Shares.

A copy of the early warning reports filed pursuant to National Instrument 62-103 The Early Warning System and Related Take Over Bids and Insider Reporting Issues can be found at www.sedar.com

ON BEHALF OF THE BOARD OF DIRECTORS

The DOJA team also encourages readers to visit the website at www.doja.life to learn more about DOJA and to sign up for DOJA news updates.