PARIS, Ontario, May 14, 2018 (GLOBE NEWSWIRE) — Emblem Corp. (TSX-V:EMC) (TSX-V:EMC.WT) (“Emblem” or the “Company”) and Canntab Therapeutics Limited (CSE:PILL) (“Canntab”) are pleased to announce the receipt of Health Canada approval for research and development activities on oral sustained release formulations of cannabinoids (the “Sustained Release Product” or the “Product”), which are the proprietary products conceived by Canntab representing significant progress in Emblem and Canntab’s partnership to develop long-acting cannabis formulations.

Product innovation, new formulations and dosage forms are critical pillars in Emblem’s competitive strength and growth strategy. Our licence agreement with Canntab is an important step in this direction. We believe that cannabis medications need to be in precise, dose-controlled formats supported by pharmacokinetic, dosing and clinical data to be most consistent, effective, and broadly accepted by prescribers and their patients. 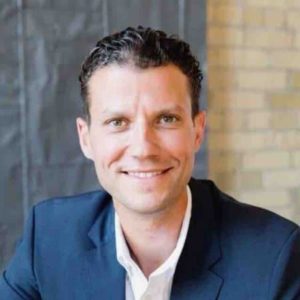 We are thrilled that Health Canada has approved the research and development phase of our partnership with Canntab. The introduction of Canntab’s sustained release formulation presents a significant growth opportunity for Emblem.

Canntab has brought development and processing equipment to Emblem’s Paris, Ontario location and will begin making the first pivotal batch of the Product this week using its patented technology and proprietary processes. This initial batch will undergo rigorous testing both internally by Emblem and Canntab and externally by third-party laboratories. Upon achievement of the Product‘s target design criteria, Emblem and Canntab intend to submit a full dossier to Health Canada for review and approval.

“The extended release tablet is the perfect pharmaceutical dosage form. It’s a game changer for the medical community and solves many problems for patients. We are excited to be working with Emblem to bring this innovative product to market,” says Jeffrey Renwick, CEO of Canntab.

Emblem and Canntab intend to collaborate on the preclinical formulation, clinical development, regulatory approval and commercialization of a range of additional cannabinoid containing pharmaceutical formulations.

There is evidence that cannabinoids are effective for the treatment of a number of conditions, including (i) chronic pain, (ii) nausea, (iii) sleep disorders, and (iv) spasticity in patients with Multiple Sclerosis.

Most conventional (immediate release) dosage forms, such as tablets and capsules, release the active drug component immediately after oral administration. In the formulation of conventional drug products, no deliberate effort is made to modify the drug release rate. Sustained release dosage forms are designed to release the active pharmaceutical ingredient at a predetermined rate in order to maintain a constant drug concentration over a specific period of time – resulting in a longer duration of action from a single dose and often with reduced side effects. Generally, this is done to achieve an improved therapeutic outcome and/or to enhance patient compliance. Immediate release dosage forms of cannabinoids tend to lose therapeutic effects in 4 to 6 hours requiring subsequent re-administration and the risk of reduced patient compliance.

Canntab’s Sustained Release Product is designed to release the cannabinoid content over a period of at least 12 hours. Sustained release formulations of pharmaceutical products are particularly valuable in the treatment of chronic conditions, such as chronic pain, where patients tend to need “around the clock” relief. There is evidence that cannabis is effective for the treatment of numerous conditions including neuropathic pain. Neuropathic pain is estimated to affect over two million Canadians and the pharmaceutical market addressing the needs of those patients was about $500 million in 2016.

Canntab Therapeutics Limited is a Canadian cannabis oral dosage formulation company based in Markham Ontario, engaged in the research and development of advanced pharmaceutical grade formulations of cannabinoids. Canntab has developed in-house technology to deliver standardized medical cannabis extract from selective strains in a variety of extended/sustained release pharmaceutical dosages for therapeutic use. Canntab’s mission is to put the “Medical” into medicinal cannabis. Canntab trades under the ticker symbol PILL on the Canadian Securities Exchange.

Emblem Corp., through its wholly-owned subsidiary Emblem Cannabis Corporation, is a fully integrated LP (licensed producer) and distributor of medical cannabis and cannabis derivatives in Canada under the ACMPR (Access to Cannabis for Medical Purposes Regulations). Led by a team of cannabis experts and former health care and pharma executives, it has three distinct verticals – cannabis production, patient education centers, and pharmaceutical dosage form development. Emblem trades under the ticker symbol EMC on the TSX Venture Exchange.