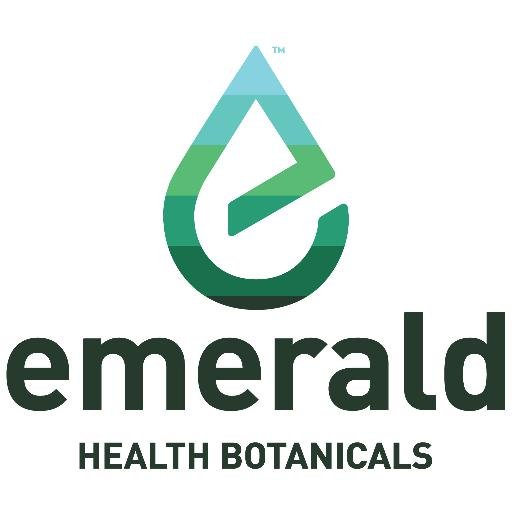 Canadian licensed producer Emerald Health (TSXV: EMH) (OTC: TBQBF) announced a bought deal to raise $10mm by selling 7.408mm Units at $1.35 consisting of common shares and a warrant to buy 1/2 share at $2.00 per share. The deal, underwritten by Dundee Capital Securities, which has an option to increase the deal to a total of $11.5mm gross proceeds, follows a $50mm shelf offering filed last month.

Emerald, which is using the capital to develop its hybrid greenhouse on 32 acres near Vancouver, expects the deal to close by February 10th.  The deal increases the amount raised by LPs since Trudeau was elected in October 2015 to over $630mm, not including subsequent warrant exercises: 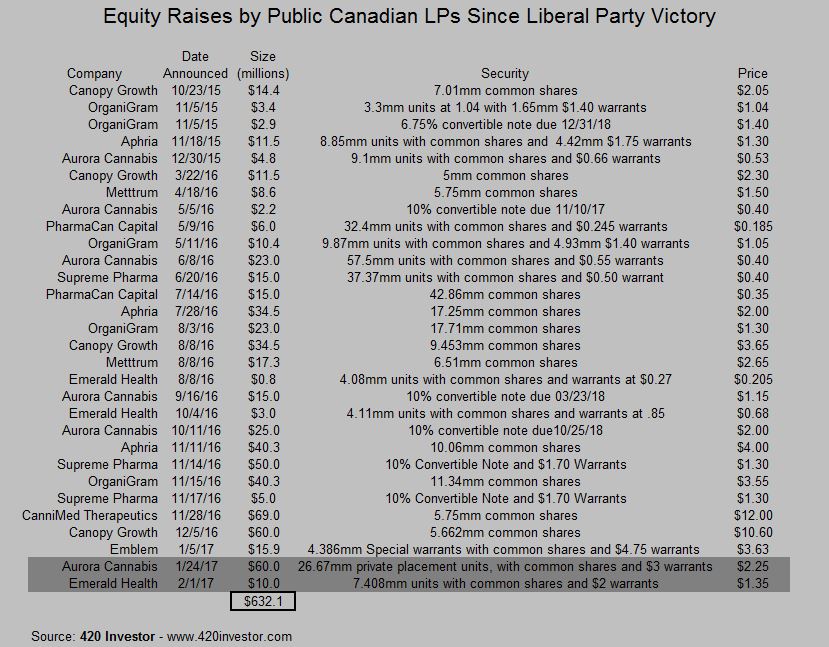