The company will have 20 million shares outstanding as well as 295,000 options at $5.00 if it sells all 10 million shares, with Emerald Health Sciences holding 9 million and officers and directors another 1 million. As of September 30, 2017, the company had assets of $87,412 and liabilities in excess of $1.4 million, but this excludes three U.S, two Japanese and one European patent and fourteen patents pending purchased last year for $112,000 from VivaCell. 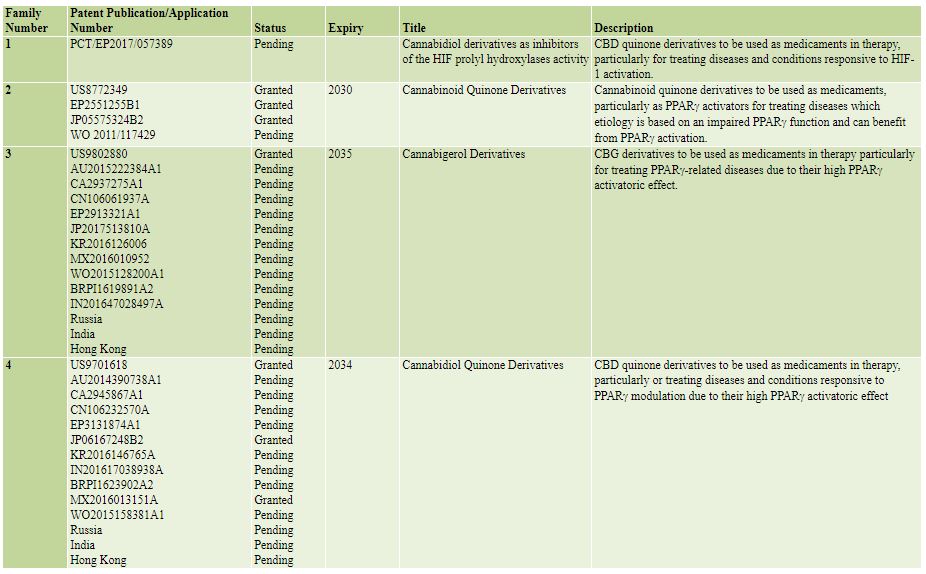 The company is developing two different product candidates, both of which have synthetic cannabinoids as the new chemical entities and are being developed for oral administration:

Emerald Health Pharmaceuticals projects that it will be fully funded for two years if it raises $50 million, with over $37 million aimed at clinical studies, almost $5 million targeted for R&D and about $7.5 million earmarked for general and administrative expenses.

Why and How U.S. Cannabis Companies Should Consider Going Public in Canada