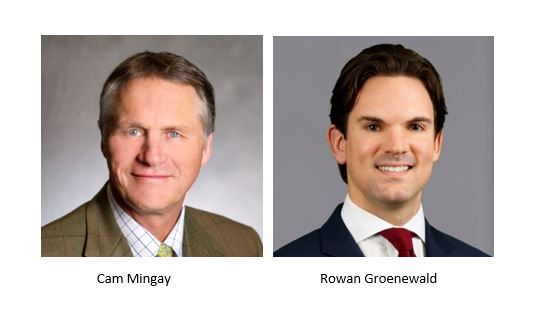 Why Go Public in Canada?

The case for taking a U.S. cannabis company public in Canada is simple: Canada is the world’s top source for public venture and growth capital. As of mid-April, Canadian cannabis companies have raised over $2.9 billion in 2018 alone. Under current circumstances, the listing of a U.S. cannabis company in Canada will provide a higher valuation than remaining private in the United States, lead to greater access to capital, and provide a currency with which to acquire other U.S. and Canadian cannabis companies. Trading in Canada also provides access to investment bankers and analysts, executive talent and independent directors, and legal and accounting professionals who have accumulated vast expertise working in the fledgling sector over several years.

Most cannabis companies that have gone public in Canada to-date have done so by way of a reverse takeover, an RTO, of an existing “public shell” reporting issuer based on the traditional view that RTOs require less work and can be effected on a faster timeline than proceeding by way of an initial public offering, or IPO. As a result, the demand for these public shell companies has skyrocketed. Consequently, the dilution to existing shareholders on the RTO can be substantial; whereas it has historically been as low as 3%, in some current cases it has risen as high as 13%. In addition, the negotiations to effect the RTO are often lengthier due to the enhanced negotiating position of the public shell and may involve an ask by the shell for additional cash fees to be paid or for some form of participation in the successor corporation.

In light of the shortage of shells, the time required to negotiate an agreement with a shell and the likely requirement to hold a shareholder meeting, the conventional view that an RTO requires less time to complete than an IPO does not hold true in the current environment. A properly marketed IPO remains the more professional way to go public, while providing stronger retail distribution and avoiding the issue of inheriting any historical liabilities of the shell. While the vagaries of the public markets can be viewed as a downside, risks are mitigatable by working with experienced underwriters and having enough capital from the outset to fund operations and growth.

It would indeed be misleading, however, to say the disclosure requirements on an RTO are less comprehensive than those on an IPO. Upon the completion of an RTO, the public company’s filings remain subject to review by the Canadian Securities Administrators in the same manner as the filings of an issuer who went public by way of filing an IPO. In the event that the newly minted issuer wishes to raise capital in the public markets post-RTO, it will be required to prepare prospectus-level disclosure to be reviewed by the regulator. If the disclosure is in any way deficient, the regulator may require additional corrective or additional disclosure and could present a significant roadblock to completing the public offering in a timely manner and may even put the issuer offside the underwriting agreement.

While shares of private U.S. cannabis companies can be traded over-the-counter (OTC) in the U.S., there is less transparency and less stringent regulation with this form of trading. As a result, unsophisticated investors take on additional risk and could be subject to adverse conditions including a lack of quality, timely disclosure, and exposure to highly volatile stock prices. Conversely, the shares of U.S. cannabis companies can be traded in Canada through the Canadian Securities Exchange (CSE), a reputable stock exchange that facilitates safe, orderly, and secure transactions between buyers and sellers. Perhaps more importantly to listing on Canadian exchanges versus OTC, however, is that it provides far better liquidity for investors by connecting them to a much wider market base. Institutional investors like pension funds and insurance companies who favour safety, order, and security are significantly less active in the OTC market. Access to public venture and growth capital helps companies facilitate partnerships, joint ventures, deals, capital raises and international opportunities, all of which in turn generates strong and steady value for investors for the long-term.

Cam Mingay is a senior partner in the Securities Group at Cassels Brock. Cam’s practice encompasses the areas of mergers and acquisitions, securities, and corporate finance in natural resources, healthcare, technology, clean tech, healthcare, and life sciences. He has acted as the lead counsel on a number of significant cross-border acquisitions and on what is commonly referred to as north-bound transactions, where companies are restructured to gain access to the Canadian capital markets, usually with the result that they achieve foreign private issuer status.

Cam and Rowan are members of the firm’s Cannabis Group and gratefully acknowledge the contributions of articling student David Singh for this article.