Fiscal 2021 has been a year of significant advancement and growth for Fire & Flower and we have delivered meaningful year-over-year revenue growth. The Hifyre Digital Platform has exhibited impressive 129% annual and 7% quarterly sequential growth and is the core value proposition of our business. 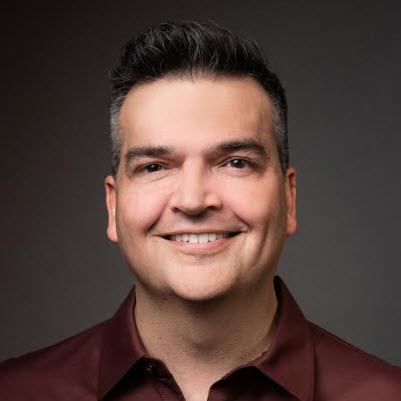 This year, we have refined our vision to, ‘Deliver Cannabis to the World’ positioning our business as a consumer e-commerce platform, supported by a distributed retail network enhanced by our Circle K store co-location program. This position is enabled through the acquisition of Pineapple Express Delivery, one of the largest cannabis delivery platforms in the world.

“In the fourth quarter of fiscal 2021, while we have continued to see growth in our Hifyre digital business segment, we saw a decline in our retail revenue due to increased competitive pressures within the Canadian cannabis retail landscape. We announced a further competitive price and product strategy aimed at continuing to build an expanded consumer base. As we look out to  fiscal 2022, we anticipate continued growth in our digital business and driving further revenue opportunities in the U.S. We look forward to greater continued alignment with our partners at Alimentation Couche-Tard through the retail store co-location program which will be important in delivering a clear, convenience-oriented value proposition to our customers in brick-and-mortar retail and e-commerce.” 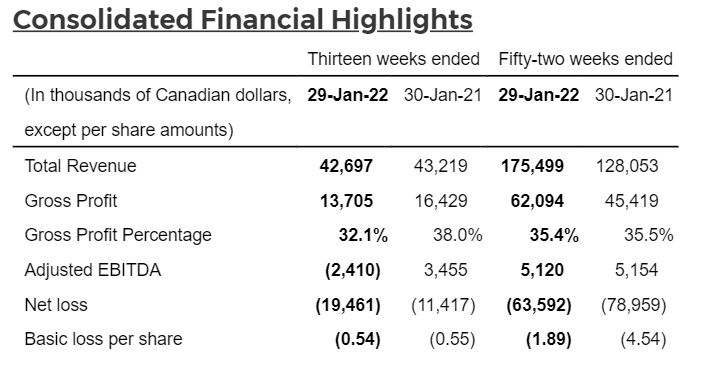 Financial and Operational Highlights for the 2021 Fiscal Year and for the Fourth Quarter Period Ended January 29, 2022 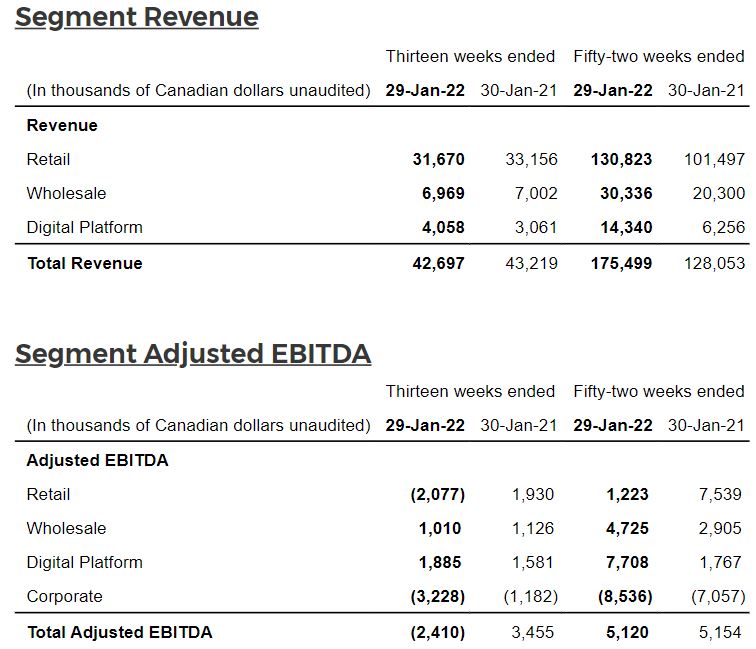 Non-IFRS Measures – Adjusted EBITDA “Adjusted EBITDA” is a Non-IFRS metric used by management that does not have any standardized meaning prescribed by IFRS and may not be fully comparable to similar measures presented by other companies. Management defines the Adjusted EBITDA as the Income (loss) for the period, as reported, before income taxes and other expense (income) items such as finance costs, finance income, gains and losses related to derivative liability revaluations and debt extinguishments, and adjusted for share-based compensation, depreciation and amortization, impairment expense, impairment of right-of-use (“ROU”) assets net of lease liabilities remeasurement, restructuring charges, professional fees associated with acquisitions, financing and strategic initiatives.
Adjusted EBITDA has been calculated differently than in periods prior to Q1 2021, where the Company previously included lease liability cash payments as disclosed in accordance with IFRS 16 “Leases” accounting standards. The updated measure reflects the Company’s new approach to analyzing the consolidated operating performance across the business lines. The Company believes the updated definition is an alternative measure to assess performance as it provides meaningful operating results and facilitates period-to-period operating comparisons. As other companies may calculate this non-IFRS measure differently than the Company, this metric may not be comparable to similarly titled measures reported by other companies. We caution readers that Adjusted EBITDA should not be substituted for determining net income (loss) as an indicator of operating results, or as a substitute for cash flows from operating activities. A reconciliation of net income (loss) to Adjusted EBITDA is presented below.

Fire & Flower is a cannabis consumer retail and technology platform with more than 100 corporate-owned stores in its network. The Company leverages its wholly-owned technology development subsidiary, Hifyre Inc., to continually advance its proprietary retail operations model while also providing additional independent high-margin revenue streams. Fire & Flower guides consumers through the complex world of cannabis through best-in-class retailing while the HifyreTM digital and analytics platform empowers retailers to optimize their connections with consumers. The Company’s leadership team combines extensive experience in the technology, cannabis and retail industries.

Through the strategic investment of Alimentation Couche-Tard Inc. (owner of Circle K convenience stores), the Company has set its sights on global expansion as new cannabis markets emerge and is poised to expand into the United States when permitted through its strategic licensing agreement with Fire & Flower U.S. Holdings upon the occurrence of certain changes to the cannabis regulatory regime.