ETF Managers Group, based in Summit, New Jersey, has filed an initial registration statement for what could be the first cannabis exchange-traded fund (ETF), the Emerging AgroSphere ETF. The proposed fund will be focused on medical cannabis and will not invest in any companies that are focused on serving the non-medical marijuana market in the United States, Canada or any other country unless and until such time as the production and sale of non-medical marijuana becomes legal in the United States, Canada or such other country, respectively.

The fund will replicate an index created by BE Asset Management to “track the performance of the exchange-listed common stock (or corresponding American Depositary Receipts (“ADRs”) or Global Depositary Receipts (“GDRs”)) of companies across the globe that (i) engage in lawful medical research intended to lead to the production of government approved prescription drugs which utilize natural or synthetic versions of the cannabidiol CBD and other cannabis based extracts, (ii) are involved in the production or sale of products which are legal derivatives of industrial hemp, or (iii) are involved in the supply chain of either category of company.”

Here is the performance of the index over the past year: 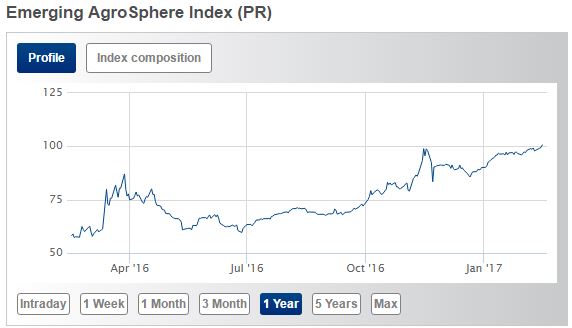 New Cannabis Ventures will provide an update in the future regarding the status of the fund and an assessment of the underlying index and the cost structure. Until then, let us know what you think of the idea in our LinkedIn group, Cannabis Investors & Entrepreneurs.

Greenlane to Reverse-Split 1:20 on August 9th