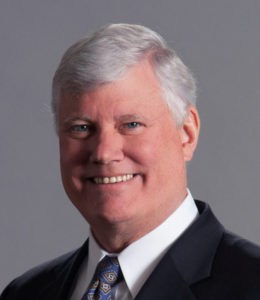 Taxation of the Regulated Cannabis Industry: Searching for a Higher Authority

Demonstrating the upward trend of this evolving industry, consider CannaKorp, based in Stoneham, Massachusetts. It is developing the world’s first single-use pod and vaporizer system for marijuana smoking — in essence, a Keurig for marijuana. This is just one example of how the industry is expanding its offerings. Interest by investors, including some of the wealthiest family offices, is sky-high, so to speak, which is why we are so focused on the complex issue of taxation of regulated cannabis.

In this article, I will briefly revisit the history of the law from the 1970 on, and discuss the tax planning opportunities that taxpayers should consider in this uncertain legal environment.

The CSA remains the federal law today. As recently as November 24, 2016, the U.S. Drug Enforcement Agency rejected requests from the governors of Rhode Island and Washington to remove cannabis from the federal list of Schedule I substances. Thus, both marijuana businesses and patients remain trapped between the state and federal laws.

Federal income tax law does not differentiate between income derived from legal sources and income derived from illegal sources (James v. United States, 366 U.S. 213, 218 (1961)). Therefore, those in the marijuana business are obligated to pay federal income tax on their taxable income. A decade after the enactment of the CSA, the Tax Court in Jeffrey Edmondson v. Commissioner, T.C. Memo 1981-623 (1981) held that not only could the taxpayer recover its cost of goods sold (COGS), allowable because it is legally considered to be an adjustment to gross receipts and not a deduction in a long line of case law, but the taxpayer could also claim certain business deductions, including a portion of the rent on his apartment, which was his sole place of business, packaging expenses, telephone expenses and automobile expenses. Therefore, under Edmondson, these expenses were deductible despite the fact that the business of selling controlled substances (i.e., amphetamines, cocaine, and marijuana) was illegal under the CSA.

In response to Edmondson, Congress enacted IRC Section 280E in 1982, which disallowed all deductions or credits paid or incurred in the trafficking of controlled substances within the meaning of Schedule I and II of the CSA. In enacting IRC Section 280E, Congress thus proceeded to disallow deductions for expenses that are not illegal per se, such as salaries, rent and telephone. The Senate Report on IRC Section 280E also states that, to avoid possible constitutional challenges, IRC Section 280E was not intended to affect the adjustment for COGS. (S. Rep. No. 97-494 (Vol. I), at 309 (1982)). Although regulations have not been issued related to IRC Section 280E, the IRS has stated that it will allow a deduction for COGS.

Under Section 263A(a), resellers and producers of merchandise are required to treat as inventoriable costs the direct costs of property purchased or produced, respectively, and a proper share of those indirect costs that are allocable (in whole or in part) to that property. Flush language at the end of Section 263A(a)(2) provides, “Any cost which (but for this subsection) could not be taken into account in computing taxable income for any taxable year shall not be treated as a cost described in this paragraph.”

What does this mean? Chief Counsels Advice (CCA) 201504011 explains that if a taxpayer subject to IRC Section 280E were allowed to capitalize “additional Section 263A costs,” as defined for new taxpayers in Treasury Regulation Section 1.263A-1(d)(3), IRC Section 263A would cease being a provision that affects merely timing and would become a provision that transforms non-deductible expenses into capitalizable costs. Thus, we have concluded that a taxpayer trafficking in a Schedule I or Schedule II controlled substance is entitled to determine inventoriable costs using the applicable inventory-costing regulations under IRC Section 471 as they existed when IRC Section 280E was enacted.

Therefore, IRC Section 263A cannot be used as a tax planning strategy to convert IRC Section 280E disallowed expenses to ultimately deductible inventoriable costs. Taxpayers should calculate COGS “using the applicable inventory-costing regulations under IRC §471 as they existed when IRC §280E was enacted,” or pre-enactment of IRC Section 263A.

In addition, the IRS may require the taxpayer to use an inventory method for the controlled substance, unless the taxpayer is properly using a non-inventory method to account for the …controlled substance pursuant to the IRC, Regulations or other published guidance. CCA 2105 04011 states, for example, a producer of a Schedule I or Schedule II controlled substance should be permitted to deduct wages, rents and repair expenses attributable to its production activities, but should not be permitted to deduct wages, rents or repair expenses attributable to its general business activities or its marketing activities.

CHAMP to the Rescue

Can a taxpayer that sells medical marijuana that is subject to the IRC Section 280E disallowance rules above also be engaged in another business not subject to IRC Section 280E? In a 2007 case, Californians Helping to Alleviate Medical Problems, Inc. v. Commissioner, 128 T.C. 173 (2007), known as “CHAMP,” the answer was a resounding “yes.” In this case, the taxpayer operated a dispensary as a service within a caregiving setting. Sixty-eight percent of its employees worked exclusively in caregiving, and the caregiving was substantially independent of the medical marijuana dispensary. Space was rented at a church for peer meetings and yoga classes, low-income members were provided hot lunches, and 47 percent of the members suffered from AIDS. All members paid a single membership fee “for the right to receive caregiving services and medical marijuana from” the taxpayer.

But Look Out for Olive

See also Tobin v. Commissioner, T.C. Memo 1999-328, which again supports the conclusion that Olive had only one trade or business and lists the nine factors cited above.

In summary, Olive shows us that, for tax planning purposes, to maximize the deductibility of non-IRC Section 280E expenses, care must be taken to keep the various businesses as separate as possible.

The history of cannabis taxation leaves us with the important premise that, while IRC Section 280E disallows any deduction for ordinary and necessary business expenses for illegal controlled substance businesses, COGS is not considered an expense, but rather an adjustment taken into account in arriving at gross income. Under Treasury Reg. Sec 1.471-6(a) and -11, taxpayer must include as inventoriable costs all direct (e.g., the cost of inventory and delivery, and the cost of materials and labor for manufactured inventory) and indirect production costs (i.e., rent and utilities related to inventory). While a taxpayer cannot use IRC Section 263A to turn IRC Section 280E non-deductible expenses into ultimately deductible items, taxpayers should nonetheless be diligent in maximizing the proper expenses that should get allocated to inventory, and ultimately, COGS.

A second area of planning focus should be the CHAMP approach above; by separating the non-IRC Section 280E separate activity expenses from the non-deductible “trafficking in controlled substances activities,” and by carefully applying the nine criteria from Trupp, those expenses become deductible. The use of transfer pricing methodologies to document the separation of activities and to contemporaneously establish a proper expense allocation between the activities is recommended to support your deductions.

To the extent that the taxpayer expands its business to include research and development within the construct of IRC Section 174 and those activities do not fall within the scope of IRC Section 280E, a third planning strategy becomes in scope. Again, as we noted from CHAMP, such activities cannot involve the “trafficking in controlled substances activities.” A research credit study documenting the permissible activities, allocation of expenses, and calculation of the research credit would be highly recommended in this situation.

From a state tax planning perspective, the disparity between the federal and state tax treatment of expenses under IRC Section 280E should not be overlooked. Colorado and Hawaii specifically allow for a state tax deduction of IRC Section 280E expenses, thus reversing the federal disallowance. Therefore, the constantly changing state tax laws should always be consulted to determine whether these otherwise non-deductible expenses can be expensed for state tax purposes.

Finally, a planning note concerning the distinction between cultivation and dispensaries: the bulk of the activities of a cultivator does not involve the “trafficking” of a controlled substance. With the possible exception of transportation and delivery of the product to dispensaries, as well as certain other overhead expenses directly allocated to the sale of the product that might be considered “trafficking,” the majority of a cultivator’s expenditures should be COGS and therefore tax deductible. The reverse would likely be true for dispensaries, the deductible COGS could be minimal, and the vast majority of expenses would then fall under IRC Section 280E and would not be deductible. Again, as noted in CHAMP, diversification into other separate business activities would then be the focus of a taxpayer’s tax planning. 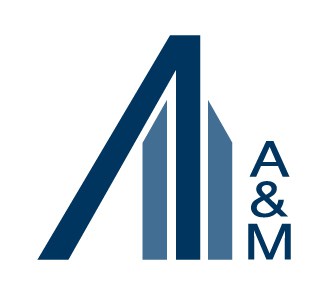 Mr. Rahill joined A&M from FGMK, where he served as Partner-in-Charge of Tax Services for closely held, public and individual clients. Previously, Mr. Rahill was a partner at KPMG LLP for 21 years

Mr. Rahill earned a bachelor’s degree in accounting from the University of Notre Dame and a J.D. and a master’s degree in law from DePaul University Law School. He is a Certified Public Accountant (CPA) and Chartered Global Management Accountant. Mr. Rahill serves on the Illinois CPA Society Board of Directors as its Immediate Past Chairman, on the Board of the Illinois CPA Society Endowment Fund and is an Illinois representative to the AICPA National Council. Additionally, he serves on the Board of Directors of Metropolitan Family Services of Chicago and is on the Advisory Boards of the University of Notre Dame and the University of Illinois Accounting Programs.

This Is Weighing Down Multi-State Cannabis Operator Profitability