Michael Steinmetz, founder and CEO of Flow Kana, does not want the cannabis industry to follow the same path as big agriculture, and he is hoping his company’s commitment to small farmers, regenerative farming practices, and biodiversity will set an example of a different kind of agricultural model and supply chain.

Prior to starting Flow Kana, Steinmetz built and ran a food distribution company in his home country of Venezuela, but the cannabis industry was never far from his mind. His mother used medical cannabis when he was growing up, and his passion for the industry started early. In 2013, Steinmetz came to California with the intention of using his finance and distribution skills to find a place in the cannabis space.

The vision for Flow Kana has always been to be an organic, sun-grown, and sustainable cannabis brand. When Steinmetz and his wife first pitched the idea to dispensaries in California, they were rejected by 24 different stores. Instead of giving up on that vision, they started a delivery-only model that worked directly with consumers. As the company grew, Steinmetz saw validation for the idea that people care about who grows their cannabis and how. Transparency has always been a major selling point for the Flow Kana brand, and as it gained traction in the market retailers became interested in what he had to say.

Today, the company’s business model has two big components: processing and distribution. The company, which does not touch the cultivation side, works with approximately 150 small farmers (each of which is carefully vetted through interviews, soil testing, and an evaluation of growing practices) throughout California’s Emerald Triangle. The farmers grow, dry, and cure on their own land before passing the product to Flow Kana.

The company is creating biomass collection centers throughout the state. For example, Steinmetz hopes to open one in Trinity and one in Grass Valley by the end of the year. The product goes through quality assurance testing then it goes to the company’s central processing location for trimming, processing, storage, packaging, and sale. Next, the company distributes products from its hubs in the Bay area, Los Angeles, and San Diego. Steinmetz likens the model, which he calls “virtually integrated”, to Sunkist, one of the largest citrus companies in the world, which works with thousands of farmers in California.

Flow Kana started out with just one SKU, its own brand, but now it is taking on more partners and bringing more products to market. The company is powering Willie Nelson’s brand Willie’s Reserve and offering a wide variety of white label services. For example, the company will package and distribute in-store brands for a number of different dispensaries. Steinmetz sees the company as a full service provider not limited to just its own brand.

Steinmetz wants Flow Kana to demonstrate high volume on a large scale, all powered by small farmers. A big part of that plan is the Flow Cannabis Institute, the largest processing center in California. This “cannabis campus,” situated on the site of a former family winery, is currently operating as the company’s central processing and storage location, but that is just the beginning. The company is partnering with Oregon-based Cascadia Labs to open a third-party lab, and it is planning a manufacturing and extracts facility for the campus, new developments that should come online by the third or fourth quarter of this year. 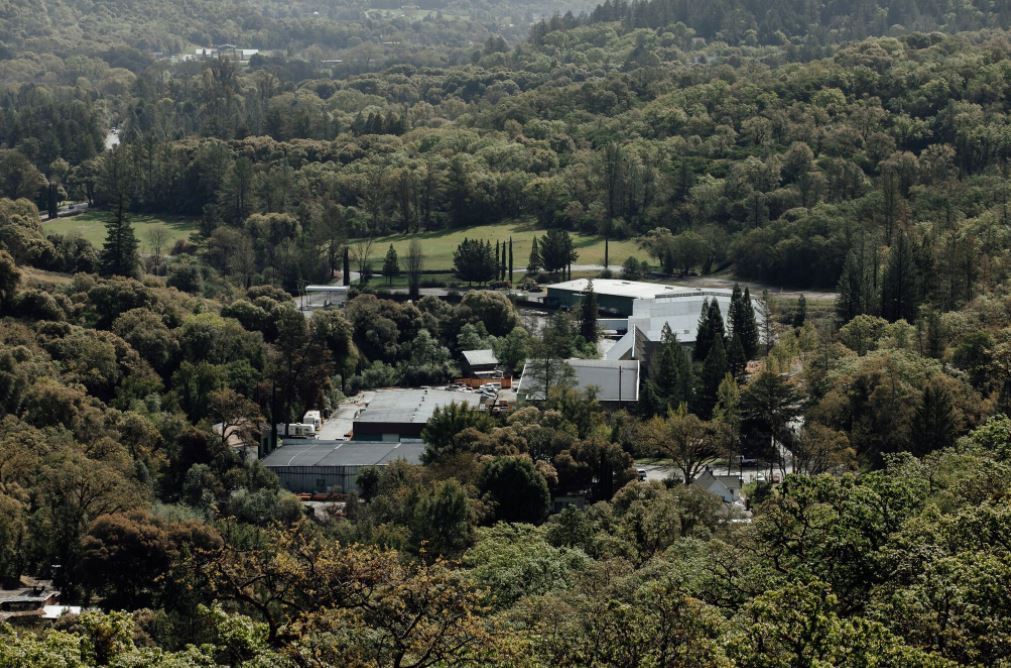 This endeavor is an ambitious one, but the company is taking an open book approach. The standard operating procedures, equipment being bought, and people being hired to run the Flow Cannabis Institute will all be made open source. Steinmetz wants to invite other companies to take the model and bring it all over the Emerald Triangle and beyond.

When it comes to the company’s own expansion, Steinmetz is envisioning a more global approach. The more than 50,000 farmers in California produce the majority of cannabis consumed across the country, according to Steinmetz. Clearly there is no shortage of opportunity in the state, and he expects that opportunity will only grow when legislation changes and allows interstate and international commerce. He believes much of cultivation that is now in cold weather regions will move to California and similar locales, including Oregon and Washington, both of which also have vibrant small farmer producers. As global markets emerge, Steinmetz hopes the Flow Kana model will be flourishing in California and ready to be easily replicated in global markets (Jamaica, Columbia, Mexico, Thailand, and Australia being just a few possibilities) with an existing small farmer ecosystem.

While legislation still evolves, Steinmetz is focusing on thriving in the California market, which he sees as over regulated currently. Thus far, Flow Kana has been funded largely by angel investors, small family offices, and a few venture capitalists, all of which have been vetted by Steinmetz and the company’s entire farmer base. Steinmetz sees capital as necessary to weather the current regulatory environment in California. Although it can be tough to keep the doors open, he sees the opportunity to establish leading brands and change the taboo around cannabis.

While Flow Kana and the cannabis market as a whole grows, Steinmetz encourages investors and companies to build an industry that preserves biological diversity and the small farmer ecosystem, preventing one that is dominated by Big Agriculture.

To learn more, visit the Flow Kana website. Listen to the entire interview:

The Parent Company to Acquire Coastal for $16.2 Million Cash and Up to $40 Million in Stock