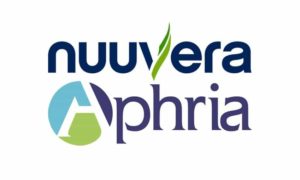 LEAMINGTON, ON, March 27, 2018 /CNW/ – Aphria Inc. (“Aphria” or the “Company”) (TSX: APH and US OTC: APHQF) is pleased to provide the following updates to the Company’s worldwide operations and activities.

Today, Aphria is affirming its place as a global leader in medical cannabis, with the resources and vision for sustained growth in markets around the world. We’re excited to unite under one name Aphria’s unparalleled ability to grow low-cost, high-quality cannabis at scale with Nuuvera’s expansive international network, expertise and access to established medical cannabis markets.

We’ve also strengthened our Canadian operations with access to the Maritimes, the addition of the cannabis GMP-certified Avanti lab, and reclaimed value from the offtake agreements previously in place with Nuuvera. All told, this deal has potential to create significant and long-term value for all Aphria shareholders.

All the existing international assets represent high-value opportunities for aggressive and sustained growth, including:

Aphria International anticipates several new international developments to be completed and announced in the near future.

Expanding opportunities for Aphria in Canada

As part of the rebranding, Aphria assumes management of Nuuvera’s Canadian assets, including the Avanti lab; Avalon Pharmaceuticals, a late-stage LP applicant; and Nuuvera’s rights and agreements in Nova Scotia and New Brunswick.

The Avanti lab is the only Canadian cannabis GMP-certified lab, which will enable the Company to process cannabis products under a GMP license for export internationally.

As a result of the acquisition, Aphria now has a strong presence in the Maritimes, including an existing supply agreement in New Brunswick and important relationships across the region. Aphria anticipates announcing additional opportunities that will expand the company’s reach and presence in the region.

Recapturing value for all Aphria shareholders

On March 23, 2018, Aphria and Nuuvera announced the successful completion of the arrangement, under which Aphria acquired, among other things, all of the common shares of Nuuvera not already owned by the Company. The value of the deal at closing was $525M, including $35M of cash in Nuuvera at closing.

As a result of the acquisition, Nuuvera’s offtake agreements with Aphria, for a combined total of 77,000kg annually, are no longer in place. Aphria will now be able to enjoy the difference between the wholesale price the Company would have sold to Nuuvera and the retail margin that Nuuvera was going to sell for in Canada and internationally.

Aphria has also decided to postpone the construction of Nuuvera’s previously-announced 1,000,000 square foot greenhouse on the property Nuuvera was buying from Aphria located at Mersea Road 8. Aphria intends to continually reassess its plans for this facility as domestic and international markets evolve.