Mr. Bechtel (age 58) has over 30 years’ experience, as an executive, entrepreneur and consultant, managing and advising businesses from start-ups to divisions of large Fortune 500 companies. Since 2015, Mr. Bechtel has been the principal of Bechtel Consulting, LLC, which provides consulting services in mergers and acquisitions, financial and investment analysis, capital markets, turnarounds and special situations. Mr. Bechtel became involved in the cannabis industry three years ago as a private investor, consultant and advisor.

In September 2014, Mr. Bechtel joined the advisory board of Supreme Pharmaceuticals, Inc., a Canadian publicly traded company committed to becoming a leading supplier of affordable medical cannabis. In November 2014, Mr. Bechtel was appointed as an independent director and the chairman of Supreme, where he served in such positions until resigning in April 2016. From October 2014 to April 2016, Mr. Bechtel also served as a director of ebbu, llc, a privately-held, Colorado-based company offering a line of branded cannabis products and a bulk oil extraction service for cannabis producers.

In 1983, Mr. Bechtel co-founded Omni Laboratories, Inc., a privately-held company that provides geologic services for oil and gas companies, where he was initially responsible for all business development activities, including a number of business acquisitions. From January 1995 to September 2006, as the owner and President, Mr. Bechtel was responsible for leading the organic growth initiative as well as expanding Omni’s service offerings, eventually employing 175 people with 14 laboratory locations in six countries. In September 2006, Mr. Bechtel sold Omni to Weatherford International, Inc. (NYSE: WFT), one of the largest global providers of innovative mechanical solutions, technology and services for the drilling, completion and production sectors of the oil and gas industry. Mr. Bechtel was appointed Group Vice President responsible for managing and growing the former Omni business, which was renamed Weatherford Laboratories, and in 2011, he was promoted to additionally lead the worldwide operations of Weatherford’s Surface Logging Systems division. Mr. Bechtel retired from Weatherford in March 2015.

Mr. Bechtel is a 1981 graduate of Michigan State University with a B.A. degree in Marketing.

Effective August 17, 2017, Mr. Doucet resigned as a director and as the Company’s Chief Executive Officer and President.

Effective immediately, Mr. Doucet will assume a new role as the Company’s Vice President Business Development – West Coast. Mr. Doucet will focus his efforts and use his industry knowledge to assist the Company in developing the significant market opportunities resulting from the recent legalization of cannabis for recreational use in in the State of California.

The Board also appointed Paul Kelly as the Company’s Chief Financial Officer and Treasurer.

Mr. Kelly (age 62) has over 30 years of senior financial experience including significant experience with both emerging and larger companies. He has provided financial and transactional services to emerging companies including: strategic and business planning, debt and equity financing, government contracting, accounting and IT systems analysis, operations and supply chain management, financial planning, program management, and other senior management services.

Mr. Kelly was the Chief Financial Officer, Treasurer and Secretary of Visual Products Corporation (“VPC”) from 2001 to 2004. VPC was a private equity-backed manufacturing roll-up in the highly fragmented sign industry. In addition, Mr. Kelly was Chief Financial Officer of Bolder Technologies Corporation (“Bolder”) from 2000 to 2002. Bolder was an advanced energy storage company that manufactured high power rechargeable battery products for consumer and backup power applications. He also served as the Executive Vice President, Chief Financial Officer and Secretary of CET Environmental Services, Inc. in 1999. Both Bolder and CET Environmental Services, Inc. were public companies listed on the NASDAQ exchange. Mr. Kelly was the VP Finance for Technology Management Advisors from 1997 to 1999, a boutique venture capital firm specializing in early-stage investments in the advanced materials and industrial products sectors.

From 1985 through 1997, Mr. Kelly was employed by the Adolph Coors Company and its affiliated companies in various senior financial management positions including the Controller for the Membrane Separations and Engine Components Unit of Golden Technologies Company. Mr. Kelly was also the Director of Strategic Planning and Finance for the Coors Advanced Electronics Group and began his career at Coors as the Internal Audit Manager at the parent company. Prior to that, Mr. Kelly was employed as an Audit Manager at PricewaterhouseCoopers.

The Company hired Camille Lupton as its new Vice President of Sales and Project Management.

Ms. Lupton (age 59) has over 30 years of sales, sales leadership, project management and operational management experience. She has spent the last 26 years in the oil and gas services sector, starting as a Regional Sale Representative in New Orleans for Omni Laboratories in 1990. Over the next 16 years, until Omni’s sale to Weatherford International in 2006, her client-focused efforts in sales and project management were a key contributor to Omni’s growth.

Following the Weatherford acquisition, Ms. Lupton held leadership roles within the Weatherford Labs Product Line, serving as U.S. Operations/Sales Director, Western Hemisphere Director and Director of Global Business Development & Strategic Development. She was part of an executive team that was responsible for the integration of 13 acquisitions into a unified organization under a single banner.

Jaime Loos joined the Company as its new Director of Project Management. Ms. Loos (age 41) is a seasoned project manager with over 15 years’ experience with companies such as Omni, Weatherford International and NASA.

James Holmstead was hired as the Company’s Director of Operations and Product Development. Mr. Holmstead (age 46) has worked operations and production for over 15 years, most recently with Eaton Corporation’s lighting and hydraulics divisions

Commentary from the Chairman

We are delighted to welcome Chris Bechtel and his new management team to Surna. And we thank Trent Doucet for his many contributions over the past two years and, equally importantly, for his desire to help the company grow through the expansion of sales activities in California. 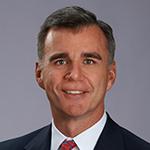 Timothy J. Keating, Chairman of the Board

Mr. Keating further noted that each of the new members of the management team is a seasoned executive with deep experience growing businesses. The Board expects the current leadership to install the sales infrastructure in place to increase the number of geographic markets, the number of customers and the average size of each customer order over the next eight quarters. Moreover, there is an expectation of improved project management and internal processes and controls, with the clear goal of achieving profitable growth in the same time frame.

Surna, Inc. is a Boulder, Colorado-based manufacturer of a proprietary line of optimized lighting, environmental control and air sanitation systems for state-regulated cannabis cultivation facilities as well as traditional indoor agricultural facilities ( www.surna.com ). We develop innovative technologies and products that monitor, control and or address the energy and resource intensive nature of indoor cannabis cultivation. Our goal is to provide intelligent solutions to improve the quality, the control and the overall yield and efficiency of controlled environment agriculture. Though our customers do, we neither produce nor sell cannabis.