All of the current focus on the pandemic and consequent surges in demand for cannabis from “essential” service providers may be obscuring a really important development for the sector. One of the most vexing challenges for those of us who read and interpret financial statements has been the concept of “biological assets”. If you don’t know what that is, we will tell you below, but the good news is that it doesn’t matter any longer for many companies, as several are transitioning from International Financial Reporting Standards (IFRS) to U.S. Generally Accepted Accounting Principles (GAAP).

Because so many shareholders and/or directors of companies listed in Canada are American, many cannabis companies are no longer “foreign private issuers” and are required to change their financial reporting. Some of the largest cannabis companies have already announced the pending change, including Acreage Holdings, Canopy Growth, Cronos Group, Green Thumb Industries, iAnthus Capital, MedMen and Village Farms, and we expect more over time will need to make this transition as well.

The most important implication that investors should understand is that it will eliminate the need for reporting fair value changes in biological assets, which will allow for better comparability and a better understanding of the operational performance of companies. Those who follow the New Cannabis Ventures Public Cannabis Company Revenue & Income Tracker are likely aware that our adjusted operating income metric’s sole adjustment is to take reported operating income and add back or subtract any reported changes in the fair value of biological assets.

Simply put, biological assets are the cannabis plants, and, oddly enough, changes in their value, which are based on many inputs, flow through the income statement, resulting in some very odd results. We have seen, for example, companies report gross profits in excess of revenue. Yes, the cannabis, under IFRS, can have a negative cost of production! In the early days of revenue generation for Canadian LPs, a great portion of the quarterly conference calls was spent by flustered CFOs trying to explain this concept to frustrated analysts. Fortunately, companies have been doing a better job of breaking it out, but still many investors and much of the media have struggled to understand the need to disregard these accounting gains or losses when evaluating the bottom-line.

While it’s still early to see what other changes beyond the elimination of biological asset accounting will transpire, Canopy Growth’s CFO, Mike Lee, gave a nice preview in the company’s February conference call, and GTI’s recent financial report reinforced his perspective. Beyond biological asset accounting, he highlighted that the amortization of right-of-use assets will no longer be included in depreciation, which will have the impact of reducing adjusted EBITDA. GTI discussed this as a factor in their Q4 financials as well. Additionally, there will be changes to the classification of certain other financial assets and liabilities, but, like biological assets, these will have no impact on adjusted EBITDA.

Cannabis investing is already challenging enough, and having volatile and difficult-to-understand financial results due to quirky accounting rules has not helped build confidence among investors. We think that the transition to U.S. GAAP for many companies will provide less volatility in gross profits and operating income and allow better comparability going forward.

Following its $55 million equity offering in September, several sale/leaseback transactions and its $100 million debt deal which closed in February, Cresco Labs is well capitalized to scale its operations within its existing footprint of 11 U.S. states that reaches 63% of the addressable American cannabis market. The company is well positioned in its home state, Illinois, is capitalizing on the robust Pennsylvania market and recently acquired the leading distributor in California. Today, Cresco Labs is deploying a robust strategy focused on top-line growth, margin improvement and a capital agenda that will yield superior return on invested capital. 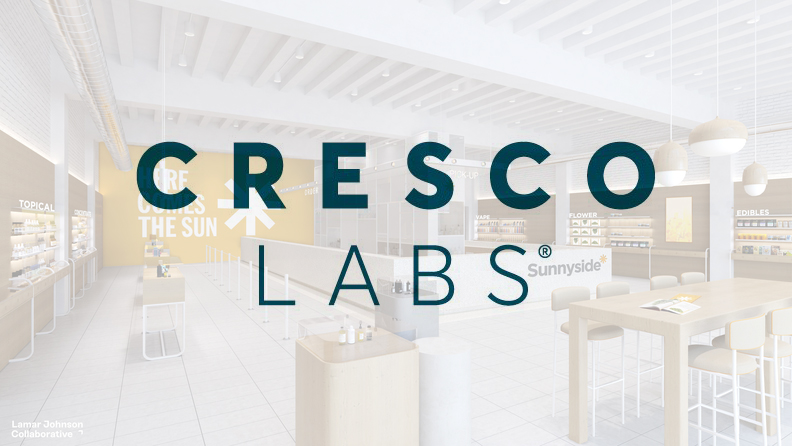