Surna (OTC: SRNA), a provider of HVAC equipment to the cannabis industry that generated revenue of $15.2 million in 2019, appears to be facing dire circumstances. On March 24th, it released financials for Q4 as well as a press release that indicated the company was cancelling its previously scheduled call for March 26th. The company also pointed to a downsizing of its business, warning that if the efforts didn’t meet expectations or if additional capital isn’t available, it may not be able to continue operations.

After the close on March 26th, two of the three directors quietly resigned as communicated exclusively via Form 4 filings, with Chairman Tim Keating and Director Taylor Simonton departing. Only CEO Tony McDonald remains on the Board of Directors. 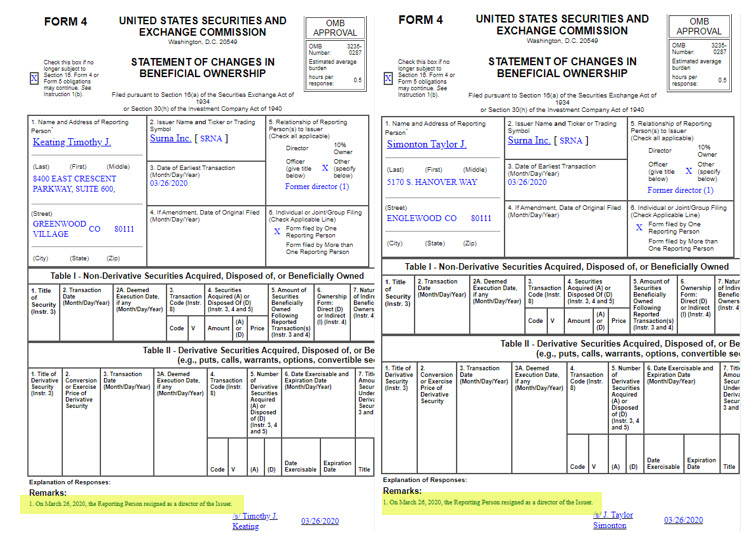 Surna saw revenue dip from a record level in Q3, falling 33% from $5.5 million to $3.7 million. reporting a loss in Q4 as well. It ended 2019 with cash of $922K and was able to generate $672K operating cash flow during the year. Its Q4 balance sheet indicated $4 million in near-term liabilities but only $2.6 million in current assets, suggesting limited liquidity at year-end.