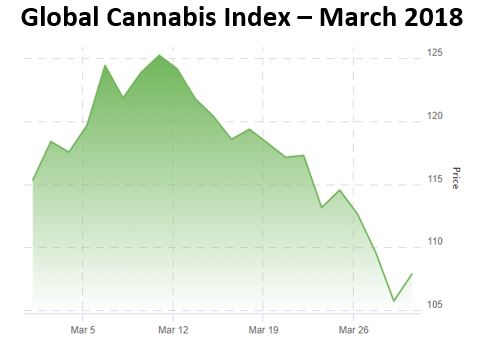 The index, which went through its last quarterly rebalancing at the end of 2017 and had 75 members that were equally weighted at the time, declined 24.1% in the first three months of the year. Despite the losses, the index is still up almost 90% since late October.

Effective at the close of business on March 29th, the index was rebalanced, with stocks trading above $.01 per share and with average trading value in excess of $300,000 as of March 15th included. The number of stocks to qualify fell from 75 at the end of the year to 68, with all of the removals due to not meeting the trading value criterion. 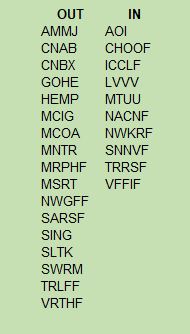